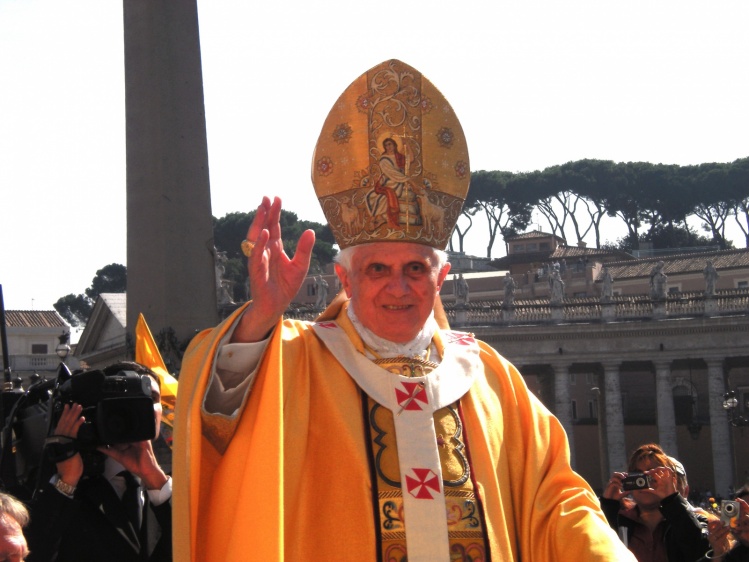 Pope Benedict XVI’s New Year message to mark the World Day of Peace came at a time when the world faces the worst economic recession since World War II. Amid the dire economic news, a message of peace may hardly seem relevant to people worried about how to make the next mortgage payment, but the pope’s words could not have been more timely or significant, especially now, as we begin the season of sacrifice, Lent.

Right at the start, the pope makes clear that the way to build peace is to fight poverty. He quotes Pope John Paul II: “The conditions in which a great number of people are living are an insult to their innate dignity and as a result are a threat to the authentic and harmonious progress of the world community.”

The threat that poverty and hopelessness pose to harmonious progress was demonstrated often last year, with food riots breaking out from Haiti to Egypt, and violence once again engulfing the Holy Land. Half of Gaza’s 1.5 million people were already dependent on food aid before the latest round of conflict.

A cynic might suggest that perhaps the poorest countries on earth are the lucky ones during a global recession—they are poor anyway, so how much worse can it get? The answer is much worse. Pope Benedict points to the global food crisis: “This crisis is characterized not so much by a shortage of food, as by difficulty in gaining access to it.” In other words, a growing number of people can no longer afford staple foods.

Prices of basics like rice and corn skyrocketed last summer, and though commodity prices have since fallen in global trading, this is not necessarily reflected in local markets. In Kenya, for instance, the price of corn is still double what it was in 2007. In Burkina Faso, local rice prices are still 30 percent higher than in 2007. With food prices so high, parents cannot afford school supplies and so will send their children off to scavenge rather than attend school. Thus, a lack of opportunity leads to poverty, and poverty to a lack of opportunity; the cycle continues.

In November 2007, I was asked to become the chairman of Catholic Relief Services. I knew this would allow me to witness firsthand the experiences of the poor and disadvantaged overseas. Just last month, I visited India. The Catholic Church in India is held in very high esteem for its charitable work. As one political official told me, hungry, homeless, or sick, Indians realize they will always be welcomed and helped by the Catholic Church. Hundreds of orphanages, clinics, shelters, and development projects are sponsored by the church and run generously by priests, sisters, and Catholic lay leaders. Sadly, this does not sit well with some in Indian society, and it has led to tragic persecution of the church in some areas. We visited a refugee camp in Orissa, for instance, where two thousand Indian Catholics were living after their villages were plundered. I witnessed the effects of the global food crisis in Ethiopia as well. I had the joy of turning on the tap as a village enjoyed its first clean running water, but I also saw the huge burden now being placed on feeding centers for the poor and social outcasts.

The hunger and poverty caused by the global food crisis are placing huge strains on the social ministry of the church, but the work of Catholic Relief Services and other groups to bring relief to those most affected by the crisis is an example of how the church’s message of peace can be brought to life. Through food distributions, including school feeding programs and food vouchers, CRS is meeting the immediate needs of the hungry and malnourished. Thanks to the support of U.S. Catholics, CRS can also address deeper solutions to the food crisis. Initiatives have been launched to support small-holder farmers, boost agricultural production, and improve market access. In Burkina Faso, CRS is providing seed and fertilizer to increase rice production, and in Afghanistan poor workers are being employed to construct new crop irrigation systems.

In his New Year message, Pope Benedict also highlights the role of global solidarity in the fight against poverty: “One of the most important ways of building peace is through a form of globalization directed toward the interests of the whole human family. In order to govern globalization, however, there needs to be a strong sense of global solidarity, between rich and poor nations, as well as within individual countries, including affluent ones.” The church in America is beginning to respond to this call for global solidarity. I believe there is a craving among parishioners for this contact, and a growing recognition of the rich spiritual rewards it brings. I take great pride when I see Catholics truly living out their faith, and CRS is one of many groups that have embraced the challenge to help their brothers and sisters overseas. CRS’s Lenten program, Operation Rice Bowl, invites parishes, schools, and families to turn their fasting into a gift to those who must fast every day.

Benedict describes AIDS as one of the “cruel forces of poverty.” He calls for education campaigns “to promote a sexual ethic that fully corresponds to the dignity of the person,” but he also insists that “the necessary medicines and treatment must be made available to poorer peoples.” The Catholic Church cares for some 25 percent of HIV and AIDS patients worldwide. Large-scale funding for CRS’s HIV and AIDS programs comes from PEPFAR, the President’s Emergency Plan for AIDS Relief of 2004. PEPFAR funding, together with other funds, has enabled CRS to reach 4 million people affected by the pandemic. At the urging of CRS, thousands of U.S. Catholics successfully campaigned in 2008 for the reauthorization of these funds. With a new administration in office, Catholics will again have the opportunity to call for government policies that confront the issue of global poverty outlined in the message of peace.

This month the United States Conference of Catholic Bishops and Catholic Relief Services are launching a new initiative—“Catholics Confront Global Poverty”—at the Catholic Social Ministry gathering in Washington, D.C. Its goal is to further educate and mobilize Catholics to defend the life and dignity of people living in poverty, both in this country and abroad. The initiative urges Catholics and our elected officials to act in response to the many faces of poverty—to help reduce hunger, disease, and conflict.

It is tempting to turn inward during an economic crisis, to let our material anxieties blind us to those whose plight is far worse than our own. Now more than ever, though, we must ensure that the needs of the poorest of the poor are on the agenda of our government and in the minds of every American Catholic, that the poor receive the compassion and assistance our faith calls us to bring them. Pope Benedict calls on Christians and all people of goodwill “to expand their hearts to meet the needs of the poor and to take whatever practical steps are possible in order to help them.” This is not a new mission for the church, but its urgency has never before been so clear.

Most Rev. Timothy Dolan is archbishop of New York.