How will the president-elect manage the pandemic?
By The Editors
Coronavirus
Domestic Affairs
Joe Biden 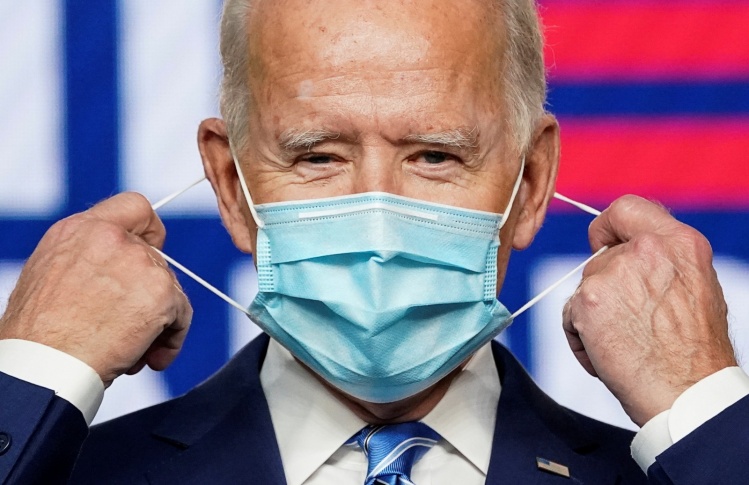 After a rancorous and divisive campaign season, Joseph Biden was elected president by a comfortable margin, receiving nearly 80 million votes nationwide—the most ever—and securing 306 votes in the electoral college, the same number Trump did in 2016. But there has been no time for Biden to bask in his victory. Within a week of the election, the country had entered into a new phase of the coronavirus pandemic, with numerous states reporting daily records of infections. Hospitals were quickly overwhelmed, especially in the Midwest, and as Thanksgiving approached experts were warning of new spikes in cases nationwide. The worst is expected to come two weeks after the December holidays, by which time the total number of COVID-19 deaths could well have topped 300,000. The winter might prove to be a time of extended lockdown, plunging still more people into unemployment and further harming an already devastated economy. Though fighting the pandemic was never a priority for Trump, since losing the election he has fully withdrawn from any pretense of responsibility for protecting Americans from its ravages. As David Dayen wrote in the American Prospect, “We’re really on our own” until we see what a Biden administration can achieve.

The incoming president has left no doubt that addressing the pandemic is his first priority. Days after the election, Biden announced the formation of his COVID-19 task force. Staffed by medical and public-health experts, it’s a clear improvement  over Trump’s motley crew of pandemic advisors, which combined a few public-health professionals with mask-truthers and yes-men. In a further sign of respect for competence, Biden has named Ron Klain as his chief of staff. Klain oversaw the stimulus package passed at the outset of Barack Obama’s presidency to address the 2008 economic collapse, and also coordinated the federal government’s Ebola response in 2014.

The incoming president has left no doubt that addressing the pandemic is his first priority.
sharetweet

Biden’s proposed pandemic response is multifaceted. It begins with universal free testing and an extensive contact-tracing system. These measures would require massive mobilization: a “Pandemic Testing Board,” similar to FDR’s War Production Board, to oversee the rapid manufacturing of tests, and a U.S. Public Health Job Corps to train 100,000 Americans to perform contact tracing (providing much-needed employment). Biden also plans to issue standard guidelines for state and local governments on how and when to implement lockdowns and closures, a significant improvement over Trump’s patchwork of often contradictory recommendations. New federal funding would allow state and local restrictions to remain in place as long as necessary rather than being lifted too early in the interests of the economy, as they were in many states last May. The administration also plans to work with Democratic and Republican governors to establish mask mandates in every state.

All of this is sensible, but none of it will be politically easy. Unless Georgia’s two Senate runoffs in January both somehow break for Democrats, Biden will have to find a way to deal with a Republican-controlled Senate led by Mitch McConnell. In that case, any economic recovery bill will require the votes of at least a few GOP senators. Leading economists agree that a massive stimulus, on par with the $2.2 trillion proposed by Democrats before the election, is what’s needed to help small businesses and Americans who have lost their jobs and savings, and who are in danger of losing their homes. So far, at least, McConnell refuses to support anything more than the $500 billion proposed by Republicans.

And then there is the petulant intransigence of Donald Trump, who as of this writing continues to stoke mistrust in the results of the election. He has thus far refused to allow the Biden team into presidential and departmental briefings, as is customary during a transition. This has troubling ramifications for any plan to distribute a COVID-19 vaccine, the arrival of which seems ever closer: in mid-November, Pfizer and Moderna reported effectiveness rates of 90 percent and 95 percent in their respective trials. But getting vaccines to the population is an enormous logistical undertaking that will demand coordination between the outgoing and incoming administrations, especially because the majority of vaccinations would be distributed after Biden takes office. This, of course, is what rankles the outgoing president. That most of the credit would go to his successor is reason enough, apparently, to risk American lives.

“Things are going to get much tougher before they get easier,” Biden said in mid-November, leveling with Americans about the reality of the situation. The nation could have benefited from a similarly honest appraisal back in February. As it is, far too many lives have been lost, and many more will be lost before Biden takes office in January. Only then will we know that this public-health crisis is being dealt with by people who know what they’re doing and are more concerned with saving lives than saving face. 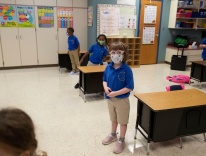