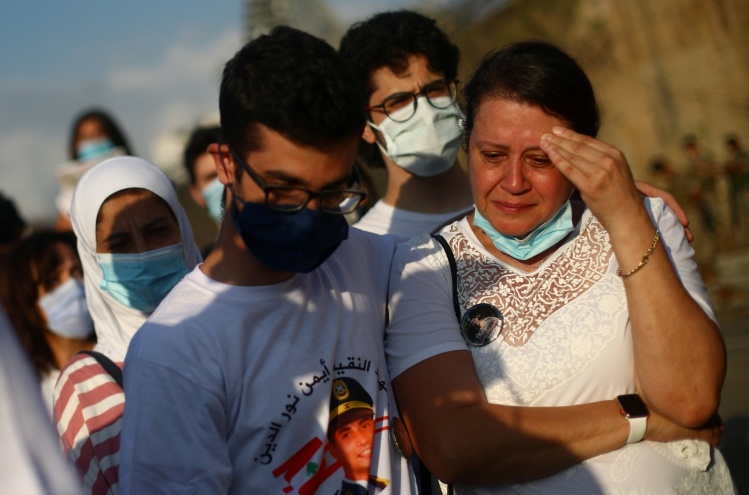 On August 4, a massive accidental warehouse explosion rocked Beirut, the capital of Lebanon. More than 180 people were killed, more than 6,000 wounded, and another 300,000 left suddenly homeless. The cause of the catastrophe was simple and easily preventable: 2,750 tons of ammonium nitrate, offloaded from an abandoned Russian tanker originally bound for Mozambique, had been improperly stored by Lebanese authorities for six years. We do not yet know how it ignited, but the blast was so serious that it registered as a 3.3 magnitude earthquake on the Richter scale, and could be felt as far as Cyprus, 150 miles away.

These numbers are staggering, and the tragedy couldn’t have come at a worse time for Lebanon. The small Middle Eastern country on the Mediterranean, home to nearly 7 million people, was already facing civil unrest born of religious sectarianism. (Christians, including more than one million Maronite Catholics, make up 40 percent of the population, Muslims 54 percent, and the Druze sect another 5 percent.) Add to that widespread dissatisfaction with the government, the ongoing refugee crisis in neighboring Syria (almost one-fifth of Lebanon’s population is now made up of Syrian refugees), the devaluation of the Lebanese lira, and the strict lockdowns imposed to curb the pandemic, and it becomes easy to understand the fresh waves of anger. Mass demonstrations have already forced the resignation of Lebanon’s cabinet, leaving the country in political limbo.

In the United States as in Lebanon, the question is how much the people will put up with. We will have our own answer soon.
sharetweet

President Michel Aoun has promised to fight political corruption and fully investigate the cause of the explosion, but more immediate questions remain unanswered. It’s not yet clear when new elections will be held, or who will be in charge of aid distribution and rebuilding in Beirut, where many are now destitute.

Both Aoun and media commentators have blamed the explosion on government “negligence.” Warning signs were there from the start: Lebanese port officials had pleaded with government authorities and the courts to remove the cache of ammonium nitrate back in 2016, but nothing came of it. The same year, an American military contractor also alerted the U.S. State Department to the danger, to no effect. So it’s true, the Lebanese government failed its people. But as Seema Jilani, a doctor whose daughter was injured in the blast, puts it in the New York Review of Books, “negligence is too feeble a word” to describe the government’s actions. And blaming the “system” or “negligent officials” is too vague. It has the effect of absolving individual culprits.

In the days following the explosion, people around the world held vigils, offered their prayers, and donated to relief funds. All of that is to be encouraged and commended. But we should also take this story’s political lessons to heart. Writing in the Atlantic, Benjamin Wittes has drawn parallels between Lebanon’s corrupt political system and our own. He cites Donald Trump’s negligent response to the coronavirus crisis as evidence of the real damage done both by his administration’s regulatory cutbacks, and the general climate of political apathy he’s fostered. Wittes is right. It shouldn’t take a catastrophic accident to alert us to government corruption and negligence. Our own country’s gradual immiseration, steadily rising death toll, and mounting sense of national decline are bad enough. In the United States as in Lebanon, the question is how much the people will put up with. We will have our own answer soon.