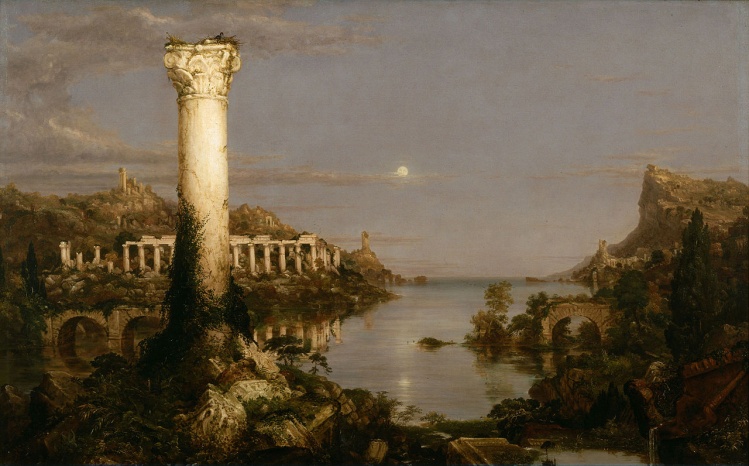 Patrick Deneen responds to a series of three critiques of his book Why Liberalism Failed.

I am honored that Commonweal has invited three thoughtful and eloquent thinkers to reflect on my book, Why Liberalism Failed. Each poses significant and important challenges to a number of claims in my book, yet each acknowledges that liberalism’s defenders must take seriously the challenges that I pose regarding its inherent flaws. It is any author’s wish for such engagement, and one’s hope for acknowledgement at least of the importance of one’s book’s claims, even amid anticipated criticism. I thank Commonweal for the opportunity to respond briefly to these important reflections.

Two of my respondents—Samuel Moyn and Bryan Garsten—strive to defend liberalism by using Tocqueville against me. Garsten cites Tocqueville’s admiration of America in Volume One of Democracy in America, while Moyn offers a reading of Tocqueville according to which it was liberals who “rescued the kernel of the Christian project for secular times.” To quote Moyn against himself, if you squint, that’s one way to see it. Both authors invoke an “optimistic” Tocqueville who believed (to quote Moyn) “remedies are possible within modern liberalism to bring out its virtues and contain its vices.” Both ignore Tocqueville’s insistence—especially in Volume Two of Democracy in America—on the inexorable logic of “democracy” toward individualism, materialism, “restlessness,” short-term thinking, and a kind of civic infantilism fostered by a tutelary state. Insofar as there are “remedies” for these things, Tocqueville argued, they mainly include non-liberal and pre-modern inheritances, such as: a non-liberal definition of liberty derived from Christianity; religion as the main carrier of that definition; a dedication to common law that is protected by elites (lawyers, no less) who maintain stability and tradition; strong local and associational liberties that flourish largely due to the irrelevance of, and disinterest in, national politics; and, potentially, philosophers and statesmen who, with the cooperation of the citizenry, resist democracy’s inherent tendencies. Yet Tocqueville is clear that each of these “remedies” is subject to liberal democracy’s corrosive logic, and mainly recommends that one should seek to retain what liberalism has not made, since liberalism will not have the resources to reconstitute such counterweights. A sound reading of Tocqueville forces us to face the difficult question: Once all Tocqueville’s “remedies” have been destroyed by the logic of liberal democracy, what can be done? The answer is much more difficult than these Yale scholars suggest.

Largely agreeing with Moyn and Garsten, Matthew Sitman writes, “I still want [liberalism’s] best ideals to be realized.” Like Moyn, he points to neoliberalism and libertarianism as the main challenges to liberalism, but expresses the hope that if these bad forms of liberalism could simply be excised—preferably through the establishment of economic socialism—liberalism would be saved. What strikes me in these identical arguments is how exactly they mirror the claims with which I am frequently confronted by “conservative” liberals. Countless reviews by conservatives have insisted that liberalism can be saved if only we excise the socialist impulse and reject “progressivism” in favor of the verities of classical liberalism. This argument reflects a cottage industry of contemporary conservatism: the effort to salvage liberalism by rooting out an unnatural and eliminable tendency, the “progressivism” that arose due to the baleful influence of historicist German philosophy. Strikingly, these essays in Commonweal exhibit the same tendency among progressive liberals: liberalism can be saved by correcting a recent deformation. In this case, the deformation has been dubbed “neoliberalism” in order to mask the fact that its basic premises have been part of the liberal tradition from its very outset. There is nothing “neo” about this development: it is, simply put, a constitutive element of liberalism.

One of the more insistent claims throughout my book is that these two “sides” of liberalism—“conservative” and “progressive”—are really just different expressions of the same phenomenon. They advance together, and they both garner adherents by opposing themselves to “bad” liberalism. Part of liberalism’s success has been the ongoing belief that its pathologies could be solved by “perfecting” liberalism through elimination of its “bad” side, while in fact our politics have simply been an oscillation between conservative and progressive flavors of liberalism, each “side” gaining the upper hand when the proposals of the other side appear to fail. The consequence of each advance is the further enlargement of each side’s preferred impersonal mechanisms—the state for progressive liberals, the market for conservative liberals—both acting as a solvent on human relationships, civic capacities, and a shared sense of our common fate.

A growing number of Catholics—particularly younger Catholics—have concluded that liberalism in both forms is based upon a false conception of human nature, as the church understood from liberalism’s very outset, though some hoped that the church’s understanding of the human person could moderate and even correct liberalism’s falsehoods. These new Catholic critics of liberalism tend to be drawn to one of two opposite positions—either toward a form of withdrawal from allegiance to the liberal state, as proposed by Rod Dreher in The Benedict Option, or toward a Catholic “takeover” of the liberal state, as proposed by Adrian Vermeule. While apparently opposed, these two positions are both predictable responses to a growing Catholic rejection of liberalism. Among some on the Catholic Left there is the appeal of socialism—articulated most artfully by Elizabeth Bruenig, who understands that Catholicism fundamentally rejects liberalism’s premises, even as she avoids confronting head-on the Catholic teaching against socialism.

Commonweal has both the tradition and the potential to engage this most pressing question of our time for Catholics, and I regret that this symposium was a lost opportunity.
sharetweet

This backdrop helps explain why Commonweal has commissioned four essays arguing effectively the same position against my book—that all is well, liberalism is salvageable, pay no attention to that man behind the curtain. The editors of Commonweal expressed to me their conviction that the review they published a month after my book’s publication (“Loving the Amish,” Alan Wolfe, February 12) should not be the magazine’s final word on the subject; they said they wanted to engage my ideas more fully. I was quite pleased that so important an American Catholic journal had decided to devote more space to what I expected to be a discussion of liberalism’s relationship to Christianity, its historic and contemporary hostility to religious belief, and its tensions, if not incompatibility, with Catholicism in particular. I expected a discussion of how, and whether, an America after liberalism might be conceived, and how Catholics would play a key role in such a post-liberal future. Instead, I read three essays that were all more or less of a piece, and more or less similar to Wolfe’s earlier review. In fact, all three of them might be summarized by a sentence from Wolfe’s review: “Liberalism has a great deal to achieve before it has run its course.” Having already published a review that expressed this view, why would the magazine devote considerable space to three more pieces that effectively make the same point? None of these pieces seem interested in a robustly Catholic engagement with the book.

Matt Sitman claims that he writes “as an editor of a Catholic magazine that has long struggled to hold the Catholic faith and liberal democracy in creative tension,” but there is little if any “creative tension” to be found in any of these essays—nor, truth be told, much evidence of that “struggle” in the pages of Commonweal these days. Regrettably, as the very similarity of these essays attest, the magazine has become a cheerleader for left liberalism while glossing any tension between this ideology and Catholicism. It appears stunningly uninterested in developments taking place within the Catholic world that tell a different story about the current state of relations between Catholicism and liberalism. It increasingly resembles a left version of First Things in the 1990s, desperate to hold American liberalism and Catholicism together. The fact that this exchange did not include at least one left Catholic who would explore this “tension”—whether creative or destructive—is as disappointing as it is revealing. Instead, Commonweal commissioned three of these responses (including Wolfe’s review) from non-Catholic authors understandably uninterested in this particular question, and one from a former student of mine who was once as committed to his conservatism and Protestantism as he is today to his Left Catholicism, a combination in which he believes with the fervent certainty of a recent convert.

Commonweal has both the tradition and the potential to engage this most pressing question of our time for Catholics, and I regret that this symposium was a lost opportunity.  I hope the journal might yet become an important voice of deep engagement with the “creative tension” between liberalism and Catholicism in contemporary America, and if nothing else, that this exchange inspires readers who discern there is indeed such a tension to engage with the extraordinary, stimulating, and energetic debate that is taking place in the Catholic intellectual world, for the moment at least, beyond the pages of this magazine.

Patrick J. Deneen is Professor of Political Science and holds the David A. Potenziani Memorial College Chair of Constitutional Studies at the University of Notre Dame.