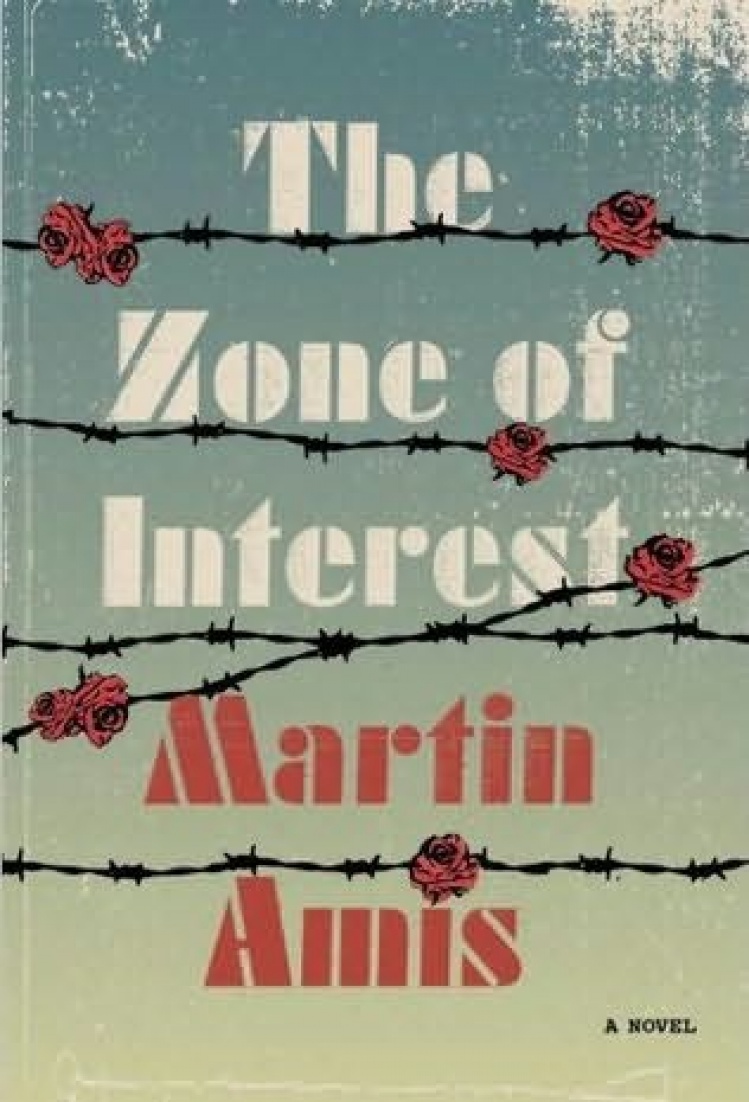 I read Martin Amis’s new novel, The Zone of Interest, twice; the first time to flush away the effects of a belittling review in the LRB (some enemies there) and then to appreciate Amis’s second fictional attempt (the first was Time’s Arrow) to approach the Holocaust. This is a serious and mature work. The Acknowledgements and Afterward indicate the focus Amis has brought to bear. His approach to the Shoah and his conclusions, if we trust the tale, are worthy of note.

Amis has us imagine the machinery of the Auschwitz death camp: to see the arrivals of the trains and the unloading of the box cars of prisoners, the band playing  to mask the intent of the selection, and then the movement of Jews to the gas chambers or to the work camp. The perspective he give us is that of those whose job it is to manage the camp, and to profit from it. How do the managers think and respond? What do they make of the killing they control, but from which they shield their families? And how do those Jewish prisoners who have been suborned to remove the corpses, to harvest the treasures of tooth and hair, live with themselves? What becomes of them all when they look into the mirror of genocide?

Amis has as his ostensible aim the answers to these questions.

The horrors of the camp mostly happen “off,” but intrude continually as the smell of the corpses or the stains on the snow. He gives us three perspective or voices: the camp commander, Paul Doll, that of his subordinate, Golo Thomsen, and that of a Sonderkommando Szmul, a prisoner worker. The voices interweave and create the irony that offers the moral force of the story. In particular, Amis’s lacerating style exposes the grandiose self-assessment of the man in charge, Doll, which is further undercut by the perspectives of both Thomsen and Szmul.

But beyond this structural strategy, and admitting the facility and energy of Amis’s style in creating his three narrators, we have to consider the risk he takes in setting a love story at the perimeter of the death camp. In effect, he forces the question: can anything like deep human affection between Doll’s wife and Golo Thomsen, grow or survive the experience? The end of the novel leaves the question open.

Amis’s book is worth reading if only to follow the rationalizations and the ideological assertions of the Nazi, Paul Doll. His narrative is problematic, however. We have to ask what form it takes? Is it interior monologue? (Szmul’s narrative is or appears to be a diary that he intends to protect by burying and so serve as a witness in the future.) If so, why is the pronoun “one” printed as “1” (There are other similar typographical substitutions.) and why does Amis have Doll use German on various occasions, especially when he describes to himself his wife’s anatomy? These are formal problems that go beyond the force of the powerful satirical presentation. Yet, Amis does the heavy work of dissecting Doll’s daily life, the means that he takes to assure himself both of his command and of his manhood. His viciousness and egoism press credulity, and even as his misapprehensions and lies are revealed by the other voices, he threatens to fall into caricature. But I admit, Amis leaves him on the side of the horribly real. A monster is a monster, but he is human.

Golo Thomsen provides another unsettling voice. He is Martin Borman’s nephew and as such lives a protected existence. He is ostensibly involved in the construction of a gigantic factory, The Buna Werks, designed to produce oil and gasoline from coal. His pursuit of Doll’s wife, opens both his and her character to development: he recoils from the National Socialist plan as his love for Hannah develops and ultimately works to sabotage the Buna-Werke project. He survives the war, as does Hannah, but his attempt to continue the relationship (de-Nazified, he works for the Americans as an interpreter for the occupying troops) is left unresolved. To me the whole episode has the same effect as does the reappearance of Tom Sawyer at the close of Huck Finn. “After such knowledge, what forgiveness?” seems the truer response.

Szmul’s rendering is certainly the most affecting and attracts the most solemn style:

His fate, his role, more hinted at then described, reinforces the sense of condemnation to life as death. Indeed, the novel seems to work best in its implication of the worst of the atrocities, in its refusal to offer too graphic descriptions – as in the episode called "the Silent Boys."

It has been too easy, I think for many critics to find fault with Amis’s work for reasons other than the strength of his writing. The Zone of Interest stays with you, because it has persuaded you to consider habits of minds and actions that we sensibly recoil from. It is worth reading.