Getting to the Right of Obamacare
By J. Peter Nixon
Domestic Affairs
Barack Obama
Health Care 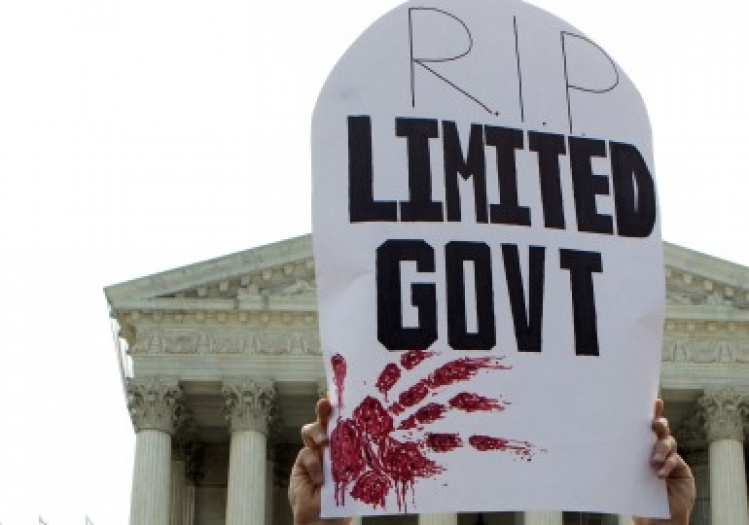 The disastrous rollout of the Affordable Care Act (ACA) has revived Republicans’ hope of repealing the law. It’s hard to remember that the Republican slogan was once “repeal and replace,” suggesting the party would offer an alternative to Obamacare. Now, with the new law in crisis, the Republican leadership seems to hope it will collapse under its own weight.

Not all conservatives are convinced of the wisdom of that approach. Ramesh Ponnuru and Yuval Levin argued recently in the Wall Street Journal that “some Republicans think that political success requires nothing more than watching Obamacare fail. But if the new system quickly implodes, that would be all the more reason to have an alternative on hand—other than another leftward move toward single payer.”

Ponnuru and Levin are part of a small network of (mostly) young conservative activists dubbed “reform conservatives” or “reformocons.” Ponnuru writes for National Review and Levin is the editor of National Affairs, a new conservative policy journal. Also among their ranks is New York Times columnist Ross Douthat, who, with his collaborator Reihan Salam, authored a reform manifesto for the GOP titled Grand New Party, in which they called for a serious conservative policy response to economic insecurity.

While these conservative intellectuals do not march in ideological lockstep, what unites them is the conviction that the Republican Party needs a policy agenda beyond saying no to whatever President Obama is proposing. The problems with the health-care system are real, and, in the absence of conservative alternatives, anxious families will embrace liberal solutions as the only ones available.

Except that the ACA really isn’t that liberal. Unlike the kinds of social-insurance systems favored by the left (like Medicare or Canada’s single-payer system), Obamacare has its roots in market-based approaches. These were proposed in the 1970s and ’80s by Stanford health-care economist Alain Enthoven and a group of center-right thinkers known as the Jackson Hole Group. The ACA’s individual mandate—now denounced as a form of socialist tyranny—was championed in the early ’90s by the conservative Heritage Foundation as an alternative to President Bill Clinton’s proposed employer mandate.

This history puts reform conservatives in a bind. They can’t simply dust off the old plans, because what was once mainstream conservative thinking has now become heretical to large swaths of the Republican Party. So they have aped the Tea Party’s over-the-top rhetoric. Writing in the Weekly Standard shortly after the ACA’s passage, Yuval Levin described the new law as a “ghastly mess, which began as a badly misguided technocratic pipe dream and was then degraded into ruinous incoherence by the madcap process of its enactment.”

They have also embraced policy solutions that would have seemed impossible for earlier generations of conservatives. Many reform conservatives have been championing a plan developed by James Capretta of the Ethics and Public Policy Center, a conservative think tank. Capretta would like to move all Americans into the individual health-insurance market. Using either a cash voucher (in the case of Medicare and Medicaid beneficiaries) or a tax credit, individuals would choose among competing insurance plans. If the plan cost more than the amount of the voucher or credit, the individual would pay the difference. In theory, that would give consumers an incentive to be cost-conscious and force plans to keep premiums under control in order to gain their business.

Virtually no Republican officeholders have embraced Capretta’s proposal in its entirety. Unlike the Affordable Care Act—which leaves employer-based insurance, Medicare, and Medicaid largely in place—the Capretta plan would change how every American obtains health insurance. The political backlash from such a plan would likely dwarf the current controversy over Obamacare.

For this reason, some conservative reformers are leaning toward a more incremental approach that draws on Capretta’s ideas but focuses first on the individual insurance market. Ponnuru and Levin have proposed that uninsured individuals be given a tax credit large enough to purchase “catastrophic” insurance—in most cases, plans that cover hospitalization and serious illness but not routine services like checkups. In addition to this carrot, individuals also face a stick. They would be protected against premium increases related to their health status only if they purchase insurance and remain continuously insured. If they let their coverage lapse and then developed a serious health problem, insurers would be able to charge them whatever they liked for a new plan.

“The new alternative would not require the mandates, taxes, and heavy-handed regulations of Obamacare,” argue Ponnuru and Levin. “It would turn more people into shoppers for health care instead of passive recipients of it—and encourage the kind of insurance design, consumer behavior, and intense competition that could help keep health costs down.”

That approach, however, looks a lot more like Obamacare than its advocates are willing to admit. The continuous-coverage requirement is clearly a “soft” individual mandate. Under the ACA, those who fail to purchase health insurance face a modest financial penalty. Ponnuru and Levin’s proposal would punish the uninsured by driving up their premiums in the future, which could bring them to financial ruin if they remain uninsured and incur large medical bills.

While conservative reformers may claim that they are leaving consumers free to make that decision, the reality is that they are just as desperate as the architects of Obamacare to get young and healthy people to buy insurance. If their combination of carrots and sticks fails to convince that population to remain “continuously covered,” the people who do maintain their coverage are probably going to be those who are sicker than average. Once that happens, insurers may have to keep premiums in the individual market high, making coverage unaffordable for many.

Still, the conservative reformers have an ace in the hole. Unlike the ACA, their proposals would not mandate any minimum-benefit package, making it easier for insurers to offer cheaper plans. Indeed, many of these reformers have been singing the praises of catastrophic health plans, lamenting that most consumers won’t be able to buy many of the cheapest plans available today.

It’s not unreasonable to give consumers some freedom to take greater risks so that they can pay lower premiums. On the health exchanges, consumers can choose from four levels of coverage—bronze, silver, gold, and platinum. Each of the four levels covers a different share of the enrollee’s costs, with the platinum plan covering roughly 90 percent of costs and the bronze plan covering 60 percent.

Bronze plans may not technically count as catastrophic insurance, but they’re close. The deductible for a family plan is $10,000 ($5,000 for an individual), and the maximum a family will have to pay out of pocket in a given year is $12,500 ($6,530 for an individual). Consider that gall-bladder surgery (one of the most common surgical procedures in the United States) can cost between $5,000 and $10,000. For a family earning the median national income of $51,000 a year, a bronze plan will still leave them bearing a significant degree of financial risk.

While it’s true that consumers have been able to purchase plans offering even “skinnier” benefits than these, how many of those plans could really be called health insurance? According to the National Women’s Law Center, just 12 percent of plans serving the individual market prior to the ACA covered pregnancy and childbirth. One of the more bizarre twists in the Obamacare debate has been watching ostensibly prolife conservatives argue that this is an acceptable state of affairs.

Ross Douthat has argued the conservative case for catastrophic plans in his New York Times columns. He is willing to accept that catastrophic plans expose their buyers to significant financial risk. But, he argues, they also “create a sensitivity to price—and with it a curb on cost growth—that is rare in a system where third-party payment has made prices opaque, arbitrary, and inflated.” Has Douthat actually looked at what’s been happening in the insurance market over the past decade? High-deductible health plans are the most rapidly growing type of insurance product, and many employers have implemented fixed-premium contributions, higher deductibles, and co-pays for high-cost services like emergency-room visits.

This cost-shifting has not done much to bend the cost curve because, when it comes to buying health coverage, patients aren’t the only decision-makers. For all but the most mundane of health-care services, patients depend heavily on their physicians to tell them whether a particular treatment is medically necessary.

The refusal of conservative reformers to endorse a standard-benefit package also works against their desire to promote more competition in the insurance market. Standardizing the benefit package is important because it allows consumers to compare the cost of similar products from multiple sellers. It’s hard for consumers to assess the true value of a health plan when faced with a dizzying variety of covered benefits and cost-sharing arrangements.

The irony is that for all these differences, Obamacare and the conservative reform plans have a lot in common. Both subsidize the purchase of private insurance as a means of expanding coverage, both seek to increase competition among health plans as a way of driving down costs, both want to prevent insurers from discriminating against the sick, and both try to make this economically viable by bringing more healthy people into the insurance pool.

One could certainly imagine changes to Obamacare that would address many of the concerns raised by Ponnuru, Douthat, et al. The benefits package could be made less generous and more catastrophic options could be allowed. States could be given more flexibility in running their exchanges or managing Medicaid. The excise tax on high-cost employer-provided health plans could be raised, making plans less generous and consumers more cost-sensitive. 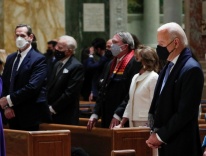