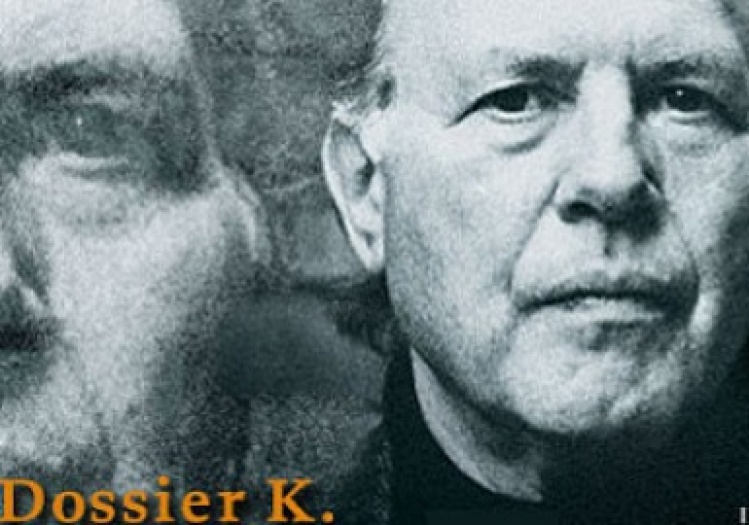 Imre Kertész is a concentration-camp survivor who keeps a distance from the slogans that remind us “never again.” He resists the impulse to create meaning out of an “absurdity,” criticizing even the word that has come to sum up this history: Holocaust.

Kertész’s novels, short stories, and essays spell out these views. But who has read him? We have barely heard of him, and for many reasons. He writes in Hungarian, not exactly a lingua franca. In 1945 he left behind the horrors of German Nazism soon to fall into the oppression of Hungarian Communism. He spent two decades forgetting Auschwitz and Buchenwald. Then in 2002, he received the Nobel Prize for Literature. For authors lauded in their native countries, the prize is icing on the cake. For others, like Kertész, it provides a first taste of recognition. Another benefit is widespread translation. Today, much of his writing is available to readers of English, including Dossier K. Although it is subtitled “a memoir,” Kertész suggests teasingly that it may be a novel. Whatever it is—memoir, novel, dialogue (its actual format)—better to think of it as the key to reading his fiction: “Imre Kertész for Dummies.”

Fatelessness, his first novel, is unnerving. That the narrator survives Auschwitz and Buchenwald is “an industrial accident in the machinery of death,” Kertész declares. Nothing is allowed to explain the fact of survival, neither faith nor providence nor human decency nor sheer endurance. The straightforward narrative develops, as one critic writes, without, “the authority of the retrospective moment.” That is what is unnerving: no moral judgments, no questions of motive, no reflections on causes or consequences. In Dossier K, Kertész sums it up in citing an SS prison guard who, when asked “Why?” replies, “There is no why here.”

The novel opens in 1944. Hungarian police seize fourteen-year-old György Köves on the outskirts of Budapest. With youthful workmates who had been drafted for labor at the Shell Oil Company, he is sent to Auschwitz. Saved from the gas chambers by a Kapo who warns the boys to lie and say they are sixteen, they are sent to labor at Buchenwald in Germany. György is content to fall in with the routine of camp life, which he describes in matter-of-fact detail. Not exactly Boy Scout camp, but initially a novelty to the teenager. In time, like the other prisoners, he begins to starve; belatedly he notices his skeletal condition. Then his leg becomes infected. Finally, he is beaten and left for dead on a cold, wet ramp. Unlike the others, however, he is saved and cared for in a clandestine infirmary run by Buchenwald’s political prisoners. On April 11, 1945, General Patton’s army liberates the camp and Köves “return[s] to the world of humankind,” to Budapest, and to another year of high school. Yet on his return he must contend with fellow Jews, neighbors who, having eluded Nazi round-ups and remained in Budapest, cannot credit Köves’s experience.

As Dossier K makes clear, György Köves’s story is Imre Kertész’s story. The return to Budapest began Kertész’s twenty-year amnesia, during which he took up daily life as a student, a journalist, a factory worker, a librettist for light operas, and belatedly a novelist. Improbable as the diversion from Auschwitz, the rescue from near-death, and the clandestine infirmary may seem, these actually happened to Kertész. When he began writing Fatelessness in 1965, so many years after this ordeal, his adolescent experience had receded from memory and a fictional György Köves emerged to tell the story, as he reports in Dossier K. “I was able to slip out of my own skin...without betraying my own experiences.” The writing took many years; his travails are played out in three subsequent novels, Fiasco, Kaddish for an Unborn Child, and Liquidation.

Where the narrative of Fatelessness is straightforward, the later novels are convoluted interior monologues, the narrator tormented in pursuit of the “why.” Why has he been spared, while others have perished? The sentences circle and repeat, sink into minutiae about the room—its size, its contents, its orientation—where the writer (Köves/ Kertész) obsesses over his unfinished novel. Suicidal thoughts are never far from his mind; indeed, in Liquidation, the unseen, elusive B has killed himself and his purported novel has been destroyed. Always there remains that “why?”

Why? In Dossier K, Kertész concludes, “the secret of survival is collaboration.” The survivor is a “well-oiled component of the machinery that has been set up for [his] own destruction.” No great leap of logic is required to ask of the victims: Does Kertész think they collaborated in their own executions? The question unavoidably carries a suggestion of blame or responsibility. But Kertész dodges that disconcerting idea by submerging it into a larger moral statement. He reverts to the fictional Köves, who, he writes, “can attribute his escape to an incomprehensible absurdity in the same way that the cause of his death would have been an incomprehensible absurdity.” Absurdity, in a word, is what Kertész makes of the death camps, and not only of them, but also of the universe itself.

Living under a communist regime, Kertész recognized the same machinery of collaboration, the same incomprehensible absurdity. “The ordeal of the death camps becomes a human experience where I come across the universality of the ordeal, and that is fatelessness, that specific aspect of dictatorships, the expropriation, nationalization of one’s own fate, turning it into a mass fate, the stripping away of a human being’s most human essence.” The implicit comparison to Nazism was unthinkable in 1960s Hungary and Fatelessness was rejected for publication. It finally appeared in 1975 to scant notice.

In defiance, Kertész has lived a life without allegiances or identity, Jewish or Hungarian. He stands apart from his nationality and his religious tradition. In Fatelessness, Köves, ignorant of Hebrew, is shunned by Orthodox Jews in the camp. But why else, he asks himself, is he in Buchenwald except that he is Jewish? Likewise, Kertész’s fellow Hungarians, even in the post-Communist culture, have shunned him. Why are his novels in Hungarian, we might ask, except that he is Hungarian? He sums up: “I was drummed out of the nation like a troublemaker from a tin pot boarding school.”

For more than a decade, Kertész has lived in Berlin of all places, an ironic outcome of the translation of Fatelessness into German in 1996. It was embraced by a generation eager to understand that nation’s responsibility for the camps in which millions died. Kertész has been welcomed in the land of the SS. Why? Did the absence of moral judgment make the story accessible? Did matter-of-fact language rather than preachments allow young Germans to absorb the horrors about which their parents could never speak? Finally Kertész has found his readers. He tells of an encounter with a German academic who “threw himself tearfully into my arms, and I held him as if I were able to bestow absolution.” As he makes clear, Kertész is not in the business of absolving anyone, least of all himself. His work simply makes repentance possible for others.

Accounts of the camps have faded with the deaths over many decades of the survivors. Kertész’s belated appearance, or our belated sighting of him, gives us another way of embracing their stories, in this case, Kertész’s experience of the absurd.

What about this guy, Harry Reid? Update. II