‘Beauty and the Beast’ & ‘Colossal' 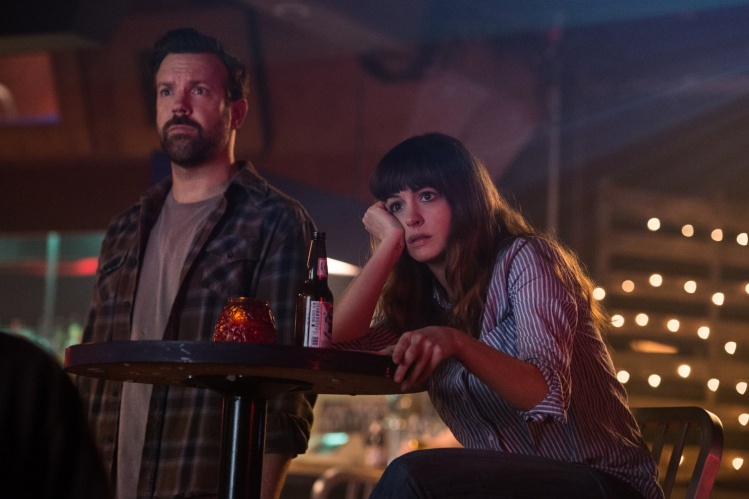 When I saw Disney’s animated version of Beauty and the Beast in 1991, I had a revelation. Though the computerized imagery neither recaptured the hand-drawn magic of the studio’s pioneering days nor measured up to the hieratic grandeur of Jean Cocteau’s 1944 version of the famous tale by Jeanne-Marie Leprince de Beaument, I still felt that something interesting had happened. Disney features had always included songs (some of them had won Academy Awards), but Beauty’s tightly structured script was modeled after a Broadway book. The first song was the same sort of introductory ensemble number that explains the characters and initiates the action of so many musicals. And after the fight with the wolves, you could practically see the curtain come down for the intermission. Let Stephen Sondheim and his ilk innovate to their hearts’ content; in the hands of Disney and songwriters Alan Menken and Howard Ashman, the old-timey, show-stopping formula was safe on the silver screen.

And soon enough the show came home, so to speak, when the animated film was turned into an actual Broadway musical. Now, with a live-actor movie adaptation of both the cartoon and the play, the cycle is complete. At least I hope so. The new movie, directed by Bill Condon, comes across as skillful but somewhat overcooked—as the musicals My Fair Lady and The Music Man were when they finally reached the screen. The proficiency of the new Beauty’s makers is obvious, but a certain jadedness has set in. The visuals are high-tech and even galvanizing, but there’s a little too much swirling, twirling camerawork.

There’s also, it should be said, a real gain in using live actors, as the Cocteau masterpiece demonstrated long ago. With animation, the contrast between the “normal” humans and the spellbound characters (the Beast, the talking furniture, et al.) wasn’t great since everyone was a cartoon. Now that Beauty is the flesh-and-blood Emma Watson, we share her amazement at the magic menagerie.

Watson is convincingly pensive as the bookish Belle. (Her cartoon counterpart was drawn to look like a high-school cheerleader, so it was hard to believe she ever cracked a book.) But the thespian honors go to Kevin Kline, who makes Belle’s father a true philosophe instead of the bumbling idiot that the 1991 film gave us. And Luke Evans triumphs as the despicable suitor Gaston. He is so juicily villainous that kids will both accept and applaud his grim demise. As far as the singing goes, you can only pity the merely adequate vocalists who have to share the soundtrack with Audra McDonald as the singing wardrobe. The best, as they say, tends to be the enemy of the good.

This is a typical rom-com set-up. But, hey, what about that monster?
sharetweet

By the time you read this, Colossal will be gone from the multiplexes, where it didn’t stand a chance against the latest Fast and Furious installment, but it won’t be long before it arrives on DVD. Rent it or stream it. This admirable oddity, written and directed by Nacho Vigalondo, could have been titled The Beast within the Beauty.

The first scene is in Seoul, South Korea, where a little girl and her mother are searching in a park for a lost doll. The child glances up at the sky and screams. A Godzilla-like monster looms over her. Cut to a Manhattan apartment to which Gloria (Anne Hathaway), an online journalist with a drinking problem, returns after yet another all-night bender only to be thrown out by her disgusted and rather priggish British boyfriend. This is a typical rom-com set-up. Gloria will surely acquire another, better lover and get her life together. But, hey, what about that monster?

Having lost her job as well, Gloria retreats to her parents’ house in the Midwest (the folks have relocated and never appear in the story). She runs into a childhood pal, Oscar (Jason Sudeikis), apparently a salt-of-the-earth guy and such a relief from that snotty Brit. He supplies her with furniture and brings her into his circle of scrubby but lovable pals. He also gets her a job at his bar and though that may not be the best environment for an alcoholic, surely Oscar will guide her toward sobriety once he learns about her problem. Recovery and romance must be on the horizon. But…uh…what about that monster?

One day, customers at Oscar’s glance over at the bar’s TV and see that giant reptile tearing up Seoul, and Gloria gradually realizes that its human-like gestures closely resemble the ones she was making that very morning while staggering about a school playground while nursing a hangover. It turns out she is the monster: her id has somehow escaped her body and crossed the Pacific. Worse still, Oscar, envious of Gloria’s big-city experience and jealous of her recent fling with one of his friends, discovers that he too can project his id (as a giant robot, no less). The fate of humankind depends on how well Gloria can control herself and on whether she can defuse Oscar.

I feel stupid recounting this absolutely ridiculous plot but I never felt stupid watching the movie. The rationale for the transformations turns out to be lame even by fantasy standards, but you just have to shrug and accept it in order to respond to the heart of the story: the psychological tug-of-war between a woman who needs more self-control and the control freak who knows his natural prey when he sees it. The monsters remain in the background, on TVs and computer screens. It’s the emotional conflict that dominates.

Watching Colossal is like seeing Mr. Deeds Goes to Town morph into Fatal Attraction before winding up as The Beast from 20,000 Fathoms. Yet somehow it all holds together by being solidly anchored in believable human emotion. Instead of revving us up with special effects and a deafening soundtrack, Vigalondo keeps bringing us down to earth with glimpses of humanity at its goofiest: Gloria waking after her first tryst with a new lover and finding her arm trapped and numb under his blissfully sleeping head. A pleasantly ugly bruiser of a guy, hearing the monster in Seoul praised by a newscaster as benevolent, smiles and mutters, “I knew all along he was a good monster.”

Anne Hathaway, with her high-voltage smile, has long been the embodiment of liberated, upscale twenty-first-century womanhood, but here she gives us a woman who has too often used that smile to get people to forgive her countless screwups. Now approaching early middle age, she’s discovering that forgiveness is harder to come by, and that smile is becoming something close to an apologetic wince. Jason Sudeikis, who usually plays self-satisfied lunkheads in gross-out comedies, makes it clear that Oscar is a man eaten up by simmering resentments that can never be appeased. One of the most interesting features of this wacky movie is that these two sterling performances seem so contrary to the actors’ previous work. That Hathaway helped get the movie green-lighted is a tribute not only to her star power but to her courage.

Published in the May 19, 2017 issue:
View Contents
Tags
Movies