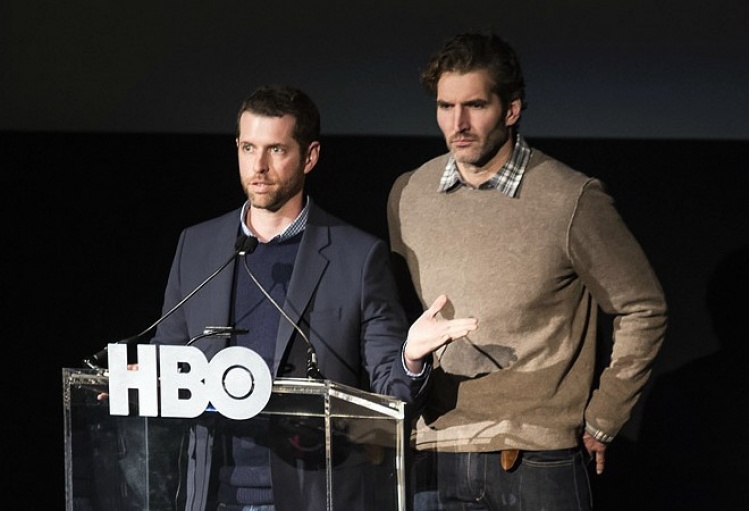 HBO recently announced a forthcoming television series to be helmed by David Benioff and D. B. Weiss, creators of the popular fantasy series adaptation, Game of Thrones. The new prestige drama, Confederate, is premised on an alternative history of the American Civil War in which the Confederacy successfully seceded from the Union. The series, according to HBO’s press release, will show “the events leading to the Third American Civil War” in a nation where “slavery remains legal and has evolved into a modern institution.”

News of the project has drawn the ire of many viewers weary of ahistorical narratives that glorify, even inadvertently, the antebellum South and Confederate cause. Activists have taken their protest to social media, with the hashtag #NoConfederate going viral on Twitter. Despite widespread criticism, HBO has continued to defend its decision to pursue the project, and urged its audience to give Confederate the benefit of the doubt. In a recent interview, the show’s writers and executive producers—Benioff, Weiss, Nichelle Tramble Spellman (The Good Wife), and Malcolm Spellman (Empire)—cite the merits and long tradition of the alternative-history genre. Describing slavery as America’s “original sin,” Weiss stated that Confederate aims to “show us how this history is still with us in a way no strictly realistic drama ever could…. It’s an ugly and a painful history, but we all think this is a reason to talk about it, not a reason to run from it.” Yet writers Roxane Gay and Ta-Nehisi Coates, among others, have argued that these alternative histories do little more than obscure history and prevent an honest appraisal of the present. Confederate, as a work of fiction, certainly can exist as an enthralling reimagining of history, but to what end?

Undergirding the varied responses to and censures of Confederate is a preoccupation with the politics of public memory. Writing about public memory becomes particularly fraught within fictional genres, where the desire to create multidimensional characters and compelling plots can exist in tension with the historical record. A nuanced portrayal of an SS officer, for example, might rightfully be denounced as apologism; many similarly argue that the trope of the benevolent slaveholder or the narrative of Robert E. Lee as a conflicted, honorable hero are harmful for their revisionism and suggestions of moral ambiguity. Independent of the aesthetic value of these stories, there are ethical concerns inextricable from the ways we remember or romanticize the past. Even in fiction—perhaps especially in fiction—it matters how these stories are told, for the distinctions between collective memory, truth, and fiction are more mutable than one might think.

The difficulty, then, is to create an imaginative literary work without further reinforcing a potentially harmful and ahistorical mythology. In the same way, Benioff and Weiss must grapple with this ethical challenge—freed from the constraints of historical fact, how can Confederate re-imagine the dark, traumatic legacy of slavery without invoking a sense of nostalgia?

Criticisms of Confederate are certainly not unfounded, though they may be premature. It is not wrong or unethical to probe our national memory through nuanced, fictionalized narratives—in fact, the opposite is true. There is an extensive literary tradition of imagined, alternate histories—commonly depicting a world in which Nazi Germany had won the Second World War or the South had won the Civil War—that ask, what if? The alternative-history genre is predicated on the idea that our social reality could always be otherwise: our understandings of the world and our settled moral convictions are contingent upon historical conditions, which are in turn the result of a series of critical turning points and chance disruptions. Though on its face this genre can be read as an attempt to show empathy for the slaveholder, the dictator, or the unwitting soldier, there is arguably something deeper and more subversive at work. To the degree that it is successful, alternate history often works by forcing us to imagine what it would be like to live in a society where something like slavery seems normal. It challenges our lazy assumption of history as something inevitable and solid, and it invites us to think about the future as something other than a predictable extension of current trends.

Does the genre of alternative history not suggest a prior understanding of actual history?
sharetweet

As readers, there is something we find uniquely alluring about dystopian fictions—these dark, alternative realities allow us to believe that, no matter how nightmarish or harrowing our current morass, things could always be worse. But there is always a risk that such creative indulgences might reinforce the very mythology they seek to condemn. I am reminded of the Latin American “dictator novel,” a genre which also grapples with this tension between fascination and denunciation. Literary critic Ignacio López-Calvo describes the opposing forces at work in this genre, between the literary and the historio-political, as such:

These novels contributed to providing the figure of the Latin American tyrant with a quasi-mythological stature…. The novel runs the risk of glorifying the dictator, hence persuading the reader to feel sympathy or even affection for him. Consequently, a novel that was supposedly conceived to denounce the abuses of a regime in the end may honor or exalt it…. Somehow the author seems to fall in love with the monster he is creating, running the risk of revalidating the authoritarian regime that he represents.

These words recall our own nation’s enduring nostalgia for the South and unsettling veneration of the Confederate flag. Fiction does not exist in a vacuum, and it is certainly troubling to imagine a dramatic re-telling of a victorious Confederacy that plays into the hands of resurgent white supremacist movements. As debates surrounding the removal of Confederate monuments and memorials attest, “official” national memory of the Civil War is already a highly contested space. If we do not know the truth about the war and its legacy, is it really possible to identify the falsehoods and fictions as such? Does the genre of alternative history not suggest a prior understanding of actual history?

Confederate imagines a victorious South as fantasy, but the Confederacy’s ideological underpinnings, ostensibly eradicated with Lee’s surrender at Appomattox Courthouse, have endured and thrived into the present day. What followed the Civil War—the collapse of Reconstruction, the rise of the Ku Klux Klan, the Jim Crow era, and our current epidemic of racialized mass incarceration—demonstrates that the “Lost Cause” has still not been entirely defeated. The myth of a war fought for states rights and Southern honor is as fictitious and ahistorical as any imaginative rendering that could be conceived by the writers at HBO. And yet, as we confront the events of Charlottesville with horror, we are reminded what this imagined history has wrought. That the antebellum South venerated by white supremacists is a fiction has not precluded real-world consequences. That means it is not enough to defend Confederate by simply saying “it’s fiction”—certainly not in our current political moment, where the virulent hatred of the Confederacy is alive and well.

It is not difficult to imagine how Confederate might become a self-gratifying exercise for drama and provocation’s sake, effused with images of black suffering and “whips and plantations.” It isn’t irrational to worry that dystopian fiction like Confederate might take hold in the popular imagination and acquire its own semblance of historical veracity. It is not so much a question of constraint or self-censorship, I think, but of the need for writers to understand that works of the imagination that use history as their raw material exist in the world, and have real, non-imaginary consequences.

Again, we are faced with the question of authorial responsibility. Writers of fiction can freely imagine or speculate as to what might have been, but might it sometimes be wiser not to? In a year of “post-truth” and “fake news,” it seems evident that denial and revisionism are already woven into our nation’s fabric, and one fears the consequences of further lost-cause fictions—even when they aren’t celebrations.

The idea that an alternate history like Confederate is necessarily unwise is, I think, incorrect. Even so, it would be exciting to see instead, as many of Confederate’s critics have suggested, a drama depicting a successful, non-truncated Reconstruction; a historical path where organizer and activist Fred Hampton wasn’t assassinated by the Chicago Police Department; or a future built on the fortunes of a “Black Wall Street” that wasn’t razed to the ground. At what point will we see a show that imagines something truly new and, more importantly, dares to hope for something better?

Confederate will likely be visually stunning, brilliant in its drama, and narratively compelling. But it will be less “alternate” history, less science-fiction or dystopian, than a familiar narrative repeating itself on the screen.

It remains to be seen whether the show will successfully reveal more profound truths about the enduring stain of American slavery and the dangers of antebellum nostalgia, or merely reify a “South will rise again” mythology. I wonder too if the show will engage in a sort of meta-history, acknowledging its own role in shaping public memory. But I don’t believe that it is an impossible undertaking to write a nuanced, alternative history of the Civil War and its legacy. Most critics have said, We don’t need a show asking ‘what if the South had won the war?’ because we are already living it. But what such a show might do is place our assumptions about the inevitability of racial “progress” in stark relief. Ripped from the “real,” Confederate might make these tensions and contradictions more readily apparent by collapsing the distinctions between past and present, possibility and impossibility, and fiction and reality. Done right, Confederate could force us not only to confront the past, but also to consider the ways in which we construct the future.