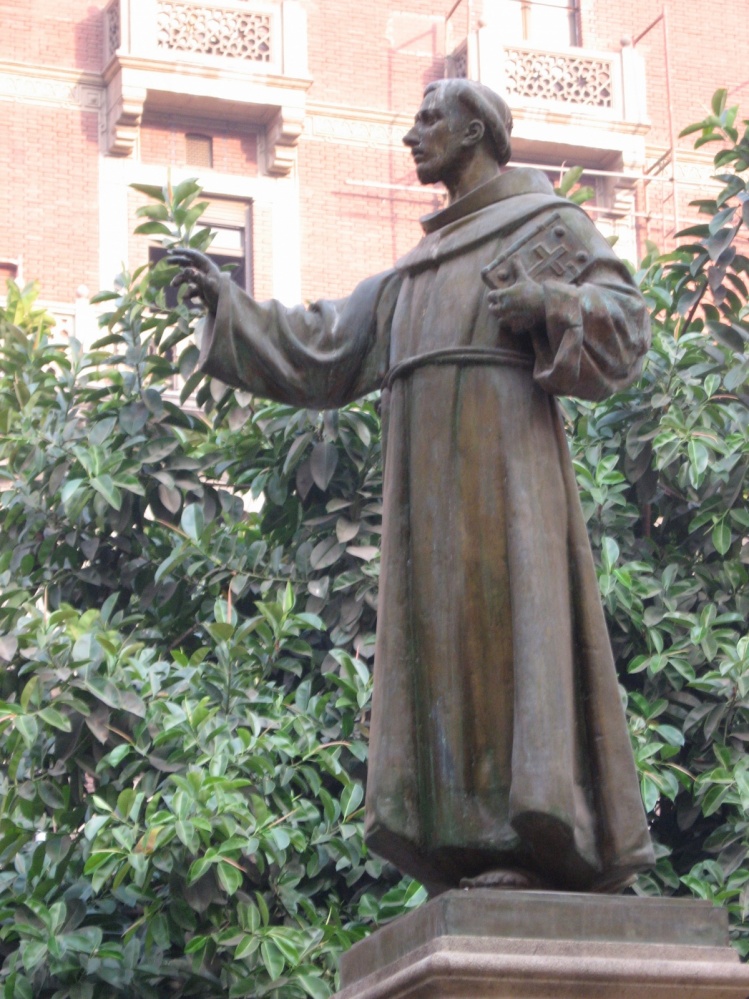 Startling as his recent interview is, one can see in retrospect that Pope Francis started on the path he is walking from the first moments of his papacy when he took the name of the saint from Assisi.

If the church feels surrounded today by secularism, in St. Francis’s time, the early 13th century, the concern was the growing popularity of heretic movements. St. Francis did not respond with condemnations or strident preaching against the heretics. Instead, he spoke through loving example. While the heretic Cathar movement taught that creation was evil, Francis embraced the goodness of creation in creative and startling ways. When opponents of the church denied the Eucharist, he went out of his way to express reverence for it and to chide priests to do the same. Even as Pope Innocent III launched his various Crusades, Francis did not preach war against unbelievers. Instead, he preached peace wherever he went.

André Vauchez, a leading expert on medieval sainthood, touches on this in his biography of St. Francis, recently released in English (translated by Michael F. Cusato). He writes that

“Francis did not lose himself in recriminations and carefully avoided all fruitless polemic. In contrast to his contemporary Saint Dominic, his primary objective was not to defend the Church against its adversaries or even to proclaim sacred doctrine by refuting the errors of heretics, but to communicate to all men and women of his day the fundamental certitudes that animated him: God is good and full of love; we must praise him for having sent into this world his Son, who has suffered for us and who wants to save us; the human person has the obligation to respond with such care by changing his or her life without delay, for the day of judgment approaches.”

It seems to me that in turning away from the culture wars and emphasizing instead that “the thing the church needs most today is the ability to heal wounds and to warm the hearts of the faithful,” Pope Francis is trying to do much the same.

Hans Küng wrote in his The Catholic Church: A Short History  that Innocent III had the greatness to head off the coming split in the papacy and then the Protestant Reformation, but failed.  His attacks and wars against heretic movements deepened fissures into chasms.

St. Francis was wise not to take part in those condemnations, and he provides a model for the first pope to adopt his name.