'Waiting for the Past' 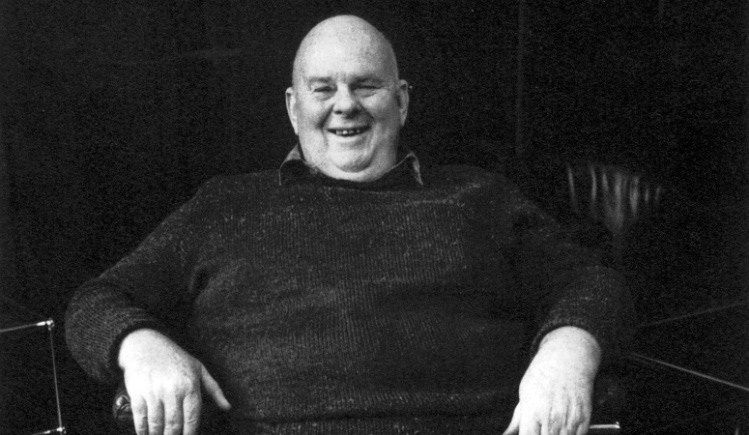 Les Murray is a poet of immensity. First, there’s the immensity of his output. Born in 1938 in rural Australia, Murray has published more than thirty collections of poetry, many of them rapturously received: he has won the T. S. Eliot Prize, the Premio Mondello, and the Queen’s Gold Medal for Poetry, among many other awards.

Then there’s the immensity of Murray’s life. Tall, bald, and of Falstaffian girth, Murray looks like someone you’d avoid in a rugby scrum or outside a pub. He’s worked farms, post offices, and railways; he’s suffered from crippling bouts of depression and from congenital crankiness. His colorful life seems the stuff of legends. The biographer Peter Alexander tells us that for a period in the 1960s, Murray, depressed and lacking funds, slept in unfinished buildings “on a plastic sheet and a blanket, emerging in the morning to slap the cement dust off himself as the builders arrived.” While working for the State Railways around the same time, Murray “surreptitiously ate a turkey prepared for the New South Wales Railways Commissioner, picking the flesh away from the inside so that later when an attempt was made to carve it, the shell collapsed with a sigh.” In 1996, he almost died when a chicken bone perforated his gut. As I said, the stuff of legends.

But what is most remarkable is the immensity of Murray’s poetic gifts. There isn’t a thing that Murray can’t do—and do better than almost any other living poet. Describe landscape? Take these lines from “All of Half Way,” which features the volcano-produced coast of Northern Ireland: “the Giant’s columns // massing on out, a basalt grandstand / of rain-cup pillars, crimped like Rubiks / from cooling out of their rock floor / all of half way from America.” Speak intelligently and ferociously about poverty, labor, and banking—things that nag at Murray’s very being, perhaps because he grew up in a poor farming family in New South Wales? Read “The Rollover,” which addresses bankers and “under-manager types” with these acid lines: “Their turn / is coming. They’ll be rationalized themselves, made adapt / to a multinational society.” Simply savor the beauty of language, the weight and coloring and tonality of individual words? Consider “Infinite Anthology,” in which Murray celebrates those “single-word poets” who create neologisms and, in doing so, “allow us to visit the oracular and sense its renewing dance”: “Irishtown—a Soweto of old-time Catholic labor”; “dandruff acting—the stiffest kind of Thespian art”; “window licker—a voyeur.” Murray’s language is fierce, and so is his sense of the world. To read him is, to quote Emily Dickinson, to “feel physically as if the top of [your] head were taken off.”

"THE BLACK BEACHES" SERVES as a perfect opening to Murray’s latest collection, Waiting for the Past. In it, we see Murray’s complete command of form—of rhyme and half-rhyme, of imagery and tone. The poem also reveals one of the collection’s major thematic threads: how any single moment of existence is overlaid with many other moments of existence; how, to modify T. S. Eliot, time past and time future are both perhaps contained in time present:

peat of grass and great trees
that were wood-fired towers
then mines of stary coals
fuming deep in dragon-holes.

but that was early
and a change took back the sun
hiding it in regrowth forest.
Coal formed all afternoon.

Notice how Murray builds drama through the careful deployment of syntax and enjambment. The poem is elegantly compressed: four quatrains, with each short line between five and eight syllables. Over the course of the poem, we move from a completely enjambed eight-line sentence to a completely enjambed seven-line sentence to a final end-stopped, single-line sentence: “Coal formed all afternoon.” The poem narrows as it proceeds, and it ends not with the perfect rhymes we’ve grown accustomed to (“back”/“black,” “coals”/“holes,” “pasture”/“moisture”) but with an imperfect one: “sun”/“afternoon.”

These formal effects cause us to linger over the poem’s final image of coal formation: geological time (the years needed for coal to form) held within human time (the span of a single afternoon). “The Black Beaches” argues both for time’s fleetingness—“This morning’s frost dunes” are “gone in a sugar lick,” vanished in a single line—and for the continued presence of the past. Lagoons show beaches of peat, and this peat contains within it, if only we would look, its many past lives, first as “wood-fired towers / then mines of stary coals / fuming deep in dragon-holes.” Hic sunt dracones, here be dragons, but the “here” isn’t a faraway and exotic realm. It is the world all around us.

“The Black Beaches” dramatizes the enfolding of time within place, reminding us that, to use Eliot again, on any afternoon, in any place, history is now. Waiting for the Past is filled with poems about Murray’s childhood in rural New South Wales—a time and place that seem to have passed away but that remain alive in the poet’s memory and in his work. “Growth,” one of the book’s truly great poems, begins like this:

One who’d been my friendly Gran
was now mostly barred from me,
accomplishing her hard death
on that strange farm miles away.

My mother was nursing her
so we couldn’t be at home.
Dad had to stay out there, milking,
appearing sometimes, with his people,
all waiting for the past.

There are many things to love in these lines: that sharp sense of how, to a child, illness seems to possess a terrifying, transformative power (the person who had been Gran is now someone else); the formal language that we use to deal with such frightening transformations (“accomplishing her hard death”); that puzzlingly lucid and dazzlingly complex final line, “all waiting for the past.” The speaker’s father is waiting for Gran to pass, and so to become part of the past. The speaker is, in the moment of composition, waiting for the past to make itself present once again.

Many other poems contain similar evocations of Murray’s personal past: those “years when farm wives / drove to the coast with milk hands to gut fish, because government no longer / trusted poor voters on poor lands”; the year 1960, when electricity first came to New South Wales, and “Old lampblack corners / and kero-drugged spiders / turn vivid and momentary / in the new yellow glare / that has reached us at last.”

MURRAY IS SEVENTY-SEVEN years old, and he feels time in his bones. The poem “Vertigo” begins with darkly comic lines—“Last time I fell in a shower-room / I bled like a tumbril dandy / and the hotel longed to be rid of me”—and ends with this lovely, quiet description of how age changes the way people negotiate the world and those around them: “Later comes the sunny day when / street detail gets whitened to mauve // and people hurry, or wait, quiet.” That last line, set off as its own stanza and containing two pauses within its short span, asks the reader to slow down, to consider, to look again.

Readers familiar with Murray’s earlier work will find many of his regular strengths in Waiting for the Past. I marveled, once again, at his Lawrentian attention to animal life, especially the lives of cows and horses: “the oaten seethe / of thoroughbred horses,” their “loose-lip sigh.” Also worth remarking upon is Murray’s Catholic sensibility (he converted to Catholicism in the early 1960s). Waiting for the Past is dedicated “To the glory of God” (as are most of his earlier collections), and it contains a brilliant poem called “Jesus Was a Healer,” as well as “Persistence of the Reformation,” previously published in Commonweal under a slightly different title. Finally, readers will recognize the trademark distilled energy of Murray’s short lines, as in the ending to “Winter Garden”: “wirraway crack! / pigeon zoom / grass pheasant whirr.”

Waiting for the Past is a brilliant collection by a brilliant poet. As in “Time Twins,” with which I will end, Murray reminds us of the strangeness of time, its ruptures and its braidings:

A youth, rusty haired
as I was in my time,
rocked atop a high stool
as he read a book from
the stock he was to sell.

His left leg kinked under
his right knee, as mine does.
We had likely both of us
floated that way before birth
in separate times and wombs.

The Virtues of Poetry