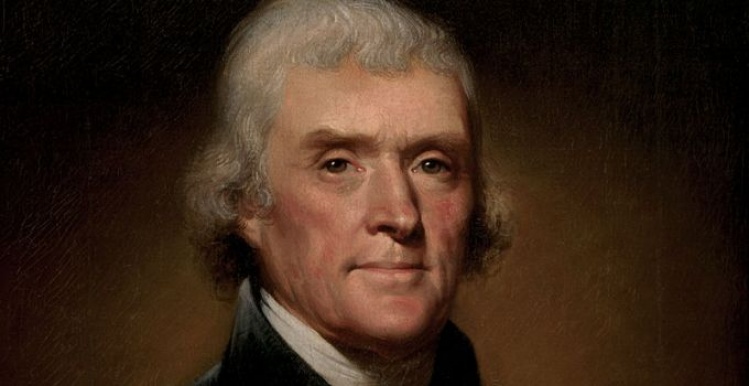 All Christians must be aware of their own specific vocation within the political community. It is for them to give an example by their sense of responsibility and their service of the common good.... Political parties, for their part, must promote those things which in their judgment are required for the common good; it is never allowable to give their interests priority over the common good.  - Gaudium et Spes

Forgive me Father for I am about to sin. Not against my Catholic beliefs, but against my democratic faith. I write today to do something I have never done, to defend the faithless. Faithless electors, that is. I am writing in defense of the Electoral College. What has precipitated my fall from democratic grace? One word: Trump.

For twenty-five years as a professor of political science I have taught American Government. I have a special historical interest in the American Founding. During class discussions about the unique way in which our Constitution provides for the selection of the president, I have always gone to great lengths to explain why our process was designed to be intentionally un-democratic. The argument, in simplified form, goes like this. The authors of the Constitution were afraid of democracy and its tendency to degenerate into mob rule. They were also afraid of its perceived proclivity to produce demagogues who could win support by flattering the electorate. And so they set up a system of election with more than a few failsafe structures to prevent this from happening—to keep The People from running amok.

One of those structures was the one that allowed slates of electors—the Electoral College—to cast the actual votes for the American chief executive, rather than simply tallying up the popular vote. No constitutional or legal provision required those electors to follow the popular will, so the thinking went that if a dangerous or radical candidate somehow managed to win a majority of the vote, his election could be thwarted (that is, checked and balanced) by the members of the Electoral College, who could vote for another candidate of their own choosing. Given the political crisis such a brazenly anti-democratic move would beget, we can be thankful that electors have done so only in isolated, individual cases, without any noticeable change in the democratic outcomes of particular elections. (Yes, presidents have been elected who lost the popular vote and won the Electoral College—as with George W. Bush in 2000—but this was not a result of faithless electors).

While I always tried to be fair to the Federalists who supported this constitutional provision, I have never entirely hidden my “anti-federalist” bias in favor of a more democratic system. As laid out in my first book, The Anti-Federalists in Early American Political Thought, my own interpretation of the historical context of the founding is a little more nefarious than the classroom version I just sketched. I contend that not only did the framers of the Constitution seek to install a check on democratic excess, but that many of them believed that most presidents would never be selected by the people in any direct fashion whatsoever. Remember, the Constitution stipulated that the president must receive an absolute majority of all electoral votes cast. If no one managed this feat, the election of the president would then fall to the House of Representatives, who could choose from among the top five vote-getters, with each state delegation casting one vote.

This, indeed, was how one of the most democratic founders, Thomas Jefferson, was actually elected president. And there were good reasons to think that it would be the norm—that the lack of any national media, the extreme localism of most citizens, and a strong distaste for political parties would logically produce multiple favorite sons and regional candidates, none sufficiently well known to garner a national majority. (The exception, of course, would be a heroic figure like George Washington.) On this reading, a Constitution already built on a fear of democracy shows itself to be even more aristocratic than its most un-democratic provisions appear at first glance. No wonder that even today, the Electoral College provision remains one of the most perplexing sections of the Constitution, for students and citizens alike.

Because of its anti-democratic potential and the difficulty of amending the Constitution, twenty-six states and the District of Columbia have passed legislation or created “party pledges” requiring their electors to follow the popular vote. Twenty-four states have no such legislation, however, and in those cases, “faithless” electors remain a real possibility. Before this current election cycle, I would have regarded that potential warily, and certainly would not have defended the notion that exploiting it might be a valid political strategy. But, like the old adage about a conservative being a liberal who was mugged by reality, Donald Trump and his supporters are making me rethink my position. While throughout the fall and into winter I continued to view the possibility of Trump getting the nomination as slim, and his chances of winning a general election as virtually non-existent, his persistence and the vehemence of his supporters cannot be ignored. And now, with his sweeping victories on Super Tuesday, the likelihood of a Trump nomination is staring us right in the face, and a Trump win in November is far from unthinkable.

I won’t rehash the moral, political, and intellectual problems with his candidacy, which are obvious to many voters, Republicans and Democrats alike. Nor will I map out all the ways in which his positions and personality are at odds with Catholic social teaching and any semblance of faithful voting as promulgated in numerous church documents. Instead, I want to start a conversation about the anti-democratic responsibilities of a faithful democratic elector, should the worst come to pass. While the founders of this nation certainly believed in the rule of law rather than the rule of men, they also knew that from time to time it would be necessary, to steal a phrase, “to defend democracy, not to practice it.” Perhaps the most important president in the nation’s history, Abraham Lincoln, knew this better than most.

It is not a position I entertain lightly. An old phrase, coined by John Courtney Murray, SJ, asserts that the founding fathers “built better than they knew.” That phrase allowed him to argue that faithful Catholics could support the American liberal-democratic regime in a way that they could not support ostensibly similar regimes in the European context, like France. In his reading, Murray provided the necessary space for members of a suspicious church to find their way to a positive defense of liberal democracy, so long as it did not degenerate into the solipsistic secularism and individualism associated with its continental iterations. Murray’s phrase gives me a place to stand as I defend what I once would have argued is indefensible. From a small “d” democratic position, and as a Catholic who knows that the primary goal of politics must always be the common good, I grudgingly have to give the founders their due. They truly did build better than they knew. While I hope it never comes to it, if it does come, and Donald Trump somehow manages to win the race for the most powerful position on earth, I hope that our electors will have the courage and the will to use the tools that the founders gave them and embrace the cause of the faithless in the name of the common good. May God, or at least the ghost of Jefferson, forgive me.