The Choices Ahead
By The Editors
Donald Trump
Domestic Affairs 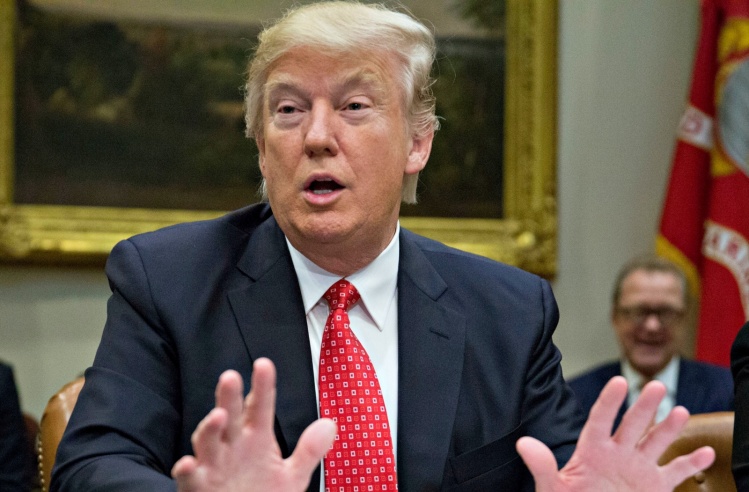 It is impossible to believe almost anything the president of the United States says. That is an astonishing and demoralizing sentence to write, and an even more disturbing reality to contemplate.

President Donald J. Trump’s removal of James Comey as director of the FBI, while Comey was leading an investigation into the possible collusion by Trump’s presidential campaign with Russian efforts to influence the 2016 election, may soon plunge the nation into a constitutional crisis. Given the cynical, implausible, absurd, and finally laughable reasons the White House initially put forth for why Comey was fired, it seems obvious that the FBI director’s determination to protect the independence of the investigation from Trump’s meddling was the reason he was “terminated.” Trump, in his inimitable fashion, confessed as much in an interview with NBC News only days after his spokespeople insisted the firing came about because of the unbidden recommendations of Attorney General Jeff Sessions and Deputy Attorney General Rod Rosenstein. Why Sessions, who supposedly has recused himself from the Russian investigation after misleading the Senate about his own contacts with Russia, was involved in assessing Comey’s conduct remains unexplained. Vice President Mike Pence, Press Secretary Sean Spicer, and other hapless Trump mouthpieces have all been compromised and humiliated for failing to recognize the one indisputable truth about this president: it is impossible to believe anything he says. As a consequence, he inevitably destroys the reputations of those who are willing to do his bidding.

Trump is both indifferent to and ignorant of the norms and traditions of democratic governance. That was evident long before he was elected. In a perverse way, he simply doesn’t know better, and is incapable of learning. But the congressional Republicans, especially their leadership, should know better. What is arguably even more worrying than the chaos and panic engulfing the White House is the pusillanimity of the vast majority of Republicans, especially Senate Majority Leader Mitch McConnell and House Speaker Paul Ryan. Neither man questioned Comey’s firing. McConnell, in his smarmy fashion, tried to score partisan points by calling attention to earlier complaints by Democrats about the director’s handling of the investigation of Hillary Clinton’s emails. Is it really possible that Republican leaders do not understand what’s wrong with a president removing the leader of an FBI investigation into his own campaign? It doesn’t take much imagination to predict how Republicans would have reacted if President Barack Obama had removed Comey after his actions possibly fatally damaged Clinton’s candidacy. “Impeachment!” would have resounded through the halls of the Capitol. As the Trump presidency blunders on, Republicans will increasingly be faced with the choice of putting country before partisan advantage. At the moment, party—and the prospect of “huge” tax cuts for the rich—evidently come first.

A handful of Republicans have voiced concerns about the reasons behind Comey’s dismissal. Sen. John McCain has called for an independent prosecutor to take over the Russian investigation. There seems little chance that the Republican majority in Congress will go along with that, nor is an independent prosecutor, whose only job is to look for crimes, without problems of its own. Better—and more politically feasible—would be an independent commission made up of non-partisan experts who could investigate every aspect of Russia’s involvement in last year’s election—including whatever role, legal or illegal, Trump’s campaign team may have played. Who becomes the next FBI director is also crucial, of course, for ensuring the credibility of any investigation.

Ultimately, however, this is a political problem requiring a political solution. It is up to the people’s elected representatives, and most important, to the people themselves, to demand the president be held accountable. In the short term, that means a concerted effort at the polls in 2018 to put men and women in Congress who are willing to stand up to Trump. Over the long term, it will require finding a way to ameliorate the nation’s deep partisan divide. Perhaps 30 to 35 percent of the electorate will remain in Trump’s corner no matter what he does. As he notoriously pointed out, he could shoot someone on Fifth Avenue and his supporters would still vote for him. Figuratively speaking, that is what he has just done. A significant majority of the electorate, however, disapproves of this presidency and is looking for an alternative. Here the shortcomings of the Democratic Party remain starkly evident. Unless the Democrats move beyond identity politics, open their doors to those who question current abortion laws, start to recapture school boards and state legislatures, and reclaim their heritage of representing the interests of working- and middle-class Americans, the nation’s divisions will only grow deeper. Trump is merely a symptom, albeit an acutely dangerous one, of the nation’s ills.