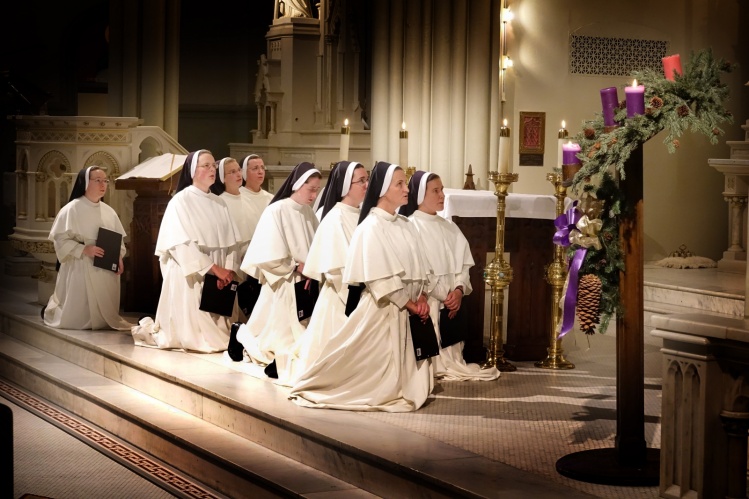 Casinos have been on my mind a lot lately, although I’m not a gambler. What I keep thinking about is the way that they’re designed to make patrons lose track of time. The absence of clocks and windows is purposeful. If all is going well—at least from the house’s point of view—guests can place bets from 4:00 in the afternoon until 4:00 in the morning and hardly notice the hours pass. The goal, of course, is to maximize profits. The longer you’re in there, the more chances they have to take your money.

More and more, I wonder if we’re all starting to exist in a version of casino-time, where one hour bleeds into the next with little discernible difference. Light pollution is growing in both scale and brightness every year, giving the nighttime an artificial glow. Inside our houses, we bask in a different kind of artificial light, with smartphones and tablets constantly by our sides. Backlit screens, a twenty-four-hour news cycle, and features like AutoPlay and infinite scrolling make it easy to lose sense of time. In fact, technology and social media companies deliberately employ casino-like tactics in order to make websites and applications as addictive as possible. It’s not an accident that you can intend to look up one headline, or one video on YouTube, and before you know it, discover that you’ve consumed a dozen more. Meanwhile, the payoff of what we encounter online—whether it’s the dopamine hit of a well received Instagram post, or horror at the latest bad news—tends to be fleeting. So we keep scrolling down, or hitting refresh, like someone sitting glassy-eyed before a slot machine.

The net effect of such trends can be to trap us in a kind of endless, lonely, and anxious present. And a diminished sense of time, I worry, could lead to a diminished sense of hope. The two things—time and hope—are intimately connected in Julie Otsuka’s novel When the Emperor Was Divine, about a Japanese-American family taken from their home in Berkeley, California, after the bombing of Pearl Harbor. The husband is sent to a federal prison, and his wife and two children to an internment camp in the Utah desert. Almost immediately upon reaching the camp, the mother—who, along with the other family members, is unnamed—begins to let go, first of time, and then of any agency or ability to conceive of a better future. She stops winding her watch and loses track of the days. Time begins to seem distorted, stretched out and blurry. “Who was winning the war? Who was losing? The mother no longer wanted to know,” Otsuka writes. “She no longer read the paper or listened to the bulletins on the radio. ‘Tell me when it’s over,’ she said.”

In all honesty, I sometimes feel the same temptation to despair, especially after reading the news for too long. It isn’t easy to exist in an endless, anxious present.

The liturgical calendar returns us to the physical world, for one thing. Pay attention to the priest’s vestments, to the colors of the decorations in church.
sharetweet

Thankfully, believers have a lifeline in the form of the liturgical calendar, which recently started up again on December 2. Never before had I been so thankful for the start of a new liturgical year that I found myself wanting to pregame for Advent; but from mid-November on, it was all I could do to keep from counting down the days. Advent is a season of hopeful expectation, covering the four weeks leading up to Christmas. Its name derives from the Latin words for “to come,” and what is on its way, this and every year, is Christ and the promise of salvation. Both feel sorely needed at the moment.

Advent is followed by the Christmas season, which celebrates Jesus’ birthday and God’s entrance into the world. After Christmas there’s a short break and then comes Lent, a time of fasting and penance. (A meaningful Lent, in my experience, has less to do with punishment or self-mortification than it does with readying oneself for the joy of Easter. If you think about the difference between eating a delicious meal on an empty stomach and eating it when you’re only kind of hungry, it’s a little bit like that.) The forty days of Lent lead up to the Triduum—which chronicles the passion of Christ and his descent to Hell—and then to the triumph of Easter and the glory of Jesus’ Resurrection. After fifty days of Eastertide comes Pentecost, which marks the Holy Spirit’s entrance into the world.

And then there’s another break, a much longer one, a second stretch of what is called Ordinary Time. The word “ordinary” in this context doesn’t mean boring, exactly, although it’s likely not a coincidence that Ordinary Time accounts for more than half of the liturgical year, and that at least 50 percent of our day-to-day lives, if we’re lucky, passes in a somewhat unremarkable fashion. “Ordinary” here mainly means part of a series. Each week of Ordinary Time is marked by an ordinal number: first week after Pentecost, second week after Pentecost, etc. After six months of Ordinary Time, the whole cycle starts again. Advent and Christmas return to refresh a world that has grown weary, and more than ready to hear the Good News again.

The liturgical calendar can do much to counter casino-time. It returns us to the physical world, for one thing. Pay attention to the priest’s vestments, to the colors of the decorations in church. They’ve recently shifted from the green of Ordinary Time to Advent’s violet. Depending on when you’re reading this, you might still have the chance to see rose, a color used only twice a year (including Gaudete Sunday, the third Sunday in Advent). Such details remind us that however chaotic the world can seem today, there is still order and meaning. And liturgy by its very nature—descending as it does from the Greek words for “public” and “work”—helps pull us out of loneliness and into community. There’s something wonderfully comforting about the realization that the words one says as part of a Mass or church service are always echoed by other believers around the globe.

I lived through what felt like a full year of Lent following trauma, and a year ago, Advent—with its emphasis on hope and looking forward—helped keep me sane during a time of job uncertainty.
sharetweet

The church calendar can lend additional richness to our lives, thanks to the way that it sacralizes all aspects of the human condition. So often today we are surrounded by narratives of endless growth and ceaseless triumph. The way we talk about shareholder profits, university endowments, average SAT scores, and the desired life expectancies of Silicon Valley CEOs suggests that what goes up should really keep going up, indefinitely. If it doesn’t, something must be wrong. Meanwhile, advertisements and social media can make it seem like everyone else is living a perfect life, effortlessly. The upshot of these narratives is that many people lack a way to talk about—and thus to conceptualize, since it’s hard to think straight without words—human weakness, defeat, or death without framing them as pathological.

The liturgical calendar, by contrast, acknowledges that life can’t all be hallelujahs here below. It carves out space for mourning as well as rejoicing, for fasts as well as feasts. It reminds us of Solomon’s words in the Book of Ecclesiastes, “To every thing there is a season.” In doing so, the church calendar provides a model to strengthen us and dignify our experiences in times of both joy and sorrow. When I was recovering from the effects of trauma, I took a lot of solace in comparing my sorrows to the solemnity of Lent and the grief of the Triduum. It meant that I wasn’t alone, and I wasn’t in uncharted territory. I was on a path that many others, including God in human form, had walked before me. It also meant that suffering and death—for some periods in our lives can feel like a kind of death—is never the end of the story, because Christ conquered death on Easter morning. If you walk away from the slot machine, and out into the dawning light, you can be reminded of this truth every day.

The varied nature of the liturgical calendar means that we will inevitably feel the significance of particular seasons more acutely in some years than in others. I lived through what felt like a full year of Lent following trauma, and a year ago, Advent—with its emphasis on hope and looking forward—helped keep me sane during a time of job uncertainty. If your personal circumstances align with the church calendar in a given year, that is one kind of blessing. If they don’t—so that a cheerful season helps lift your spirits or a penitential season tempers them—then that is another kind of blessing. Either way, the rhythm of the church year can carry us along from one season to the next in our lives, and help us find the melody again when we’ve gotten lost in the noise.

Its cyclical nature, too, is a comfort. Not only This too shall pass, but also This too will come again. For anyone who feels mired in the quicksand of the virtual now, the chance to use the liturgical calendar as a lifeline is now within reach.