Throwback Thursday: Wars of Christmas Past

By Ellen B. Koneck
War and Peace 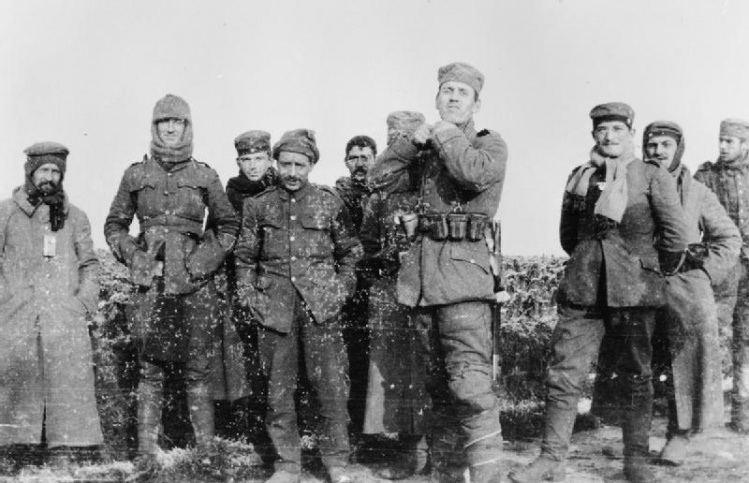 It’s a shame that the term “War on Christmas”—demeaning to both the gravity of war and the spirit of Christmas—is now associated with efforts to display overtly religious symbols in public places during the month of December. As Mollie’s recent column suggested, might the hawkishness with which Christmas Warriors are picking these fights hinder their cause? And moreover, isn’t this term a bit patronizing to those who have or are currently fighting in real wars?

For our throwback today, we’ve reached deep into the archives for this December 1925 editorial, “The Will to Peace.” Perhaps it’s just semantics, but the War on Christmas—with its talk of picking fights and engaging in battle—seems to directly contradict the greeting of peace offered at the Incarnation:

“Peace!” is the ideal enshrined at the core of all pomp and circumstance with which men surround the feast of Nativity. “Peace” was the one message heaven had for earth at the moment the veil was withdrawn and a “great company of angels” was seen by the poor hinds who lay awake watching their flocks on the hillside.

Written between world wars (though at the time, the editors believed they were eight years past the war to end all wars), this editorial concludes with a plea to hold out for peace that cannot be achieved through battle or force:

The world, in a word, can have peace, old Rome’s way or God’s way. It cannot have both. The first is the easiest, for the state is still supreme, and a word will set battalions and batteries on the march, and battle-ship propellers revolving. The second is the hardest, for hearts are not changed at an official word, and a city is taken easier than a spirit conquered.

Militant moral warriors fighting the modern War on Christmas might try their hand at peacebuilding this holiday season. They could take a cue from those in the trenches—that is, those actually fighting in a war on Christmas Day—whose famous ceasefire in the Christmas Truce of 1914 is a model worth imitating.

A Day Ordained for Good