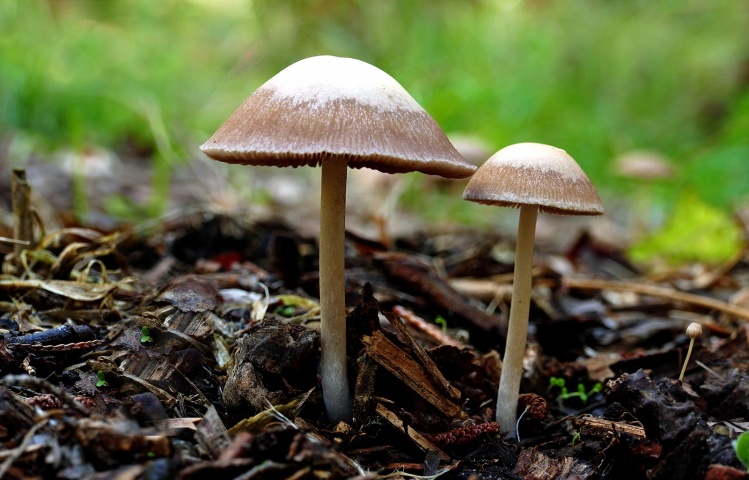 1.       The encyclical strongly affirms the climate science and the gravity of the environmental challenge. The pope states clearly that the recent global warming is due to greenhouse gas emissions, caused mainly by human activity. He delves into the science, and even discusses risk factors like ocean acidification, the loss of tropical forests, and the release of methane from melting ice sheets. He calls climate change one of the principal challenges facing humanity in our day. Overall, the discussion of the environmental threats is deep and wide-ranging, with discussions of water, ecosystems, and biodiversity. In places, the diagnosis is characteristically blunt: “the earth, our home, is beginning to look more and more like an immense pile of filth”.

2.       In the face of this crisis, the pope lambasts those who fail to act. Noting the failure to find solutions to the environmental crisis, Pope Francis pins the blame on obstruction by vested interests, general indifference, and blind confidence in technical solutions. He is particularly critical of people who possess more resources or more political and economic power, who seem concerned with “masking the problems or concealing their symptoms”. He notes that special interests trump the common good and manipulate information so that their own plans will not be affected. He criticizes a habit of evasiveness designed to feed “self-destructive vices”.

3.       The encyclical calls for a dramatic reduction in the emission of greenhouse gases, and for rich countries to help poorer countries on this path. It notes that fossil fuels need to be “progressively and quickly replaced” with renewables. This requires action at the global, national, and local levels. Given the complete failure of governments to reach agreement almost a quarter century after the Rio Earth summit in 1992, the pope notes that “we believers cannot fail to ask God for a positive outcome to the present discussions”. Noting that the poor pay the price for climate change—and indeed, that an “ecological debt” exists between north and south—Pope Francis also calls for the richer countries, who have enjoyed prosperity at the cost of polluting the planet, to help the poorer countries overcome climate change and move to lower-carbon energy systems.

4.       The pope offers a beautiful meditation on the profound interconnected of all creation. Drawing deeply on the spirituality of St. Francis of Assisi, Pope Francis notes that everything is interconnected, including time and space, and even atoms or subatomic particles. All life is part of a network that we will never truly explore or understand. We are part of nature, and living things have a value of their own in God’s eyes; all creatures have their own purpose. The pope affirms a strong sacramental view of creation: “soil, water, mountains: everything is, as it were, a caress of God”. There is a “mystical meaning to be found in a leaf, in a mountain trail, in a dewdrop, in a poor person’s face”. In a particularly beautiful passage, he notes that we are “united as brothers and sisters on a wonderful pilgrimage, woven together by the love God has for each of his creatures, and which also unites us in fond affection with brother sun, sister moon, brother river, and mother earth”.

5.       Drawing on this interconnectedness, the pope affirms an integral ecology of humanity and all creation. Pope Francis grounds human life in three intertwined relationships—with God, with our neighbor, and with the earth itself. If one of these relationships is ruptured, then the others are ruptured too. The implication is that there are not separate social and economic crises, but one socio-economic crisis, and that we need to hear “both the cry of the earth and the cry of the poor”. When the environment is degraded, including through climate change, it is the poor who suffer most. And when we fail to respect the worth of a poor person, a disabled person, or an embryo, it also becomes hard to hear the cry of nature. In this context, the pope emphasizes the traditional teachings on the universal destination of goods, solidarity, distributive justice, and the preferential option for the poor—stressing that private property always comes with a social mortgage, and that the environment is a collective good, the patrimony of all humanity. There is also a strong emphasis on justice between generations, and he calls for both intergenerational and intragenerational solidarity.

6.       The encyclical issues a jeremiad against the human behavior at the heart of the ecological crisis, especially the individualistic mindset. It lays the blame for environmental degradation on the ideology of power and profit, the theology of domination and dominion. Pope Francis warns about the abuses of technology, which can let people dominate humanity and the entire world, meaing that conquest and confrontation trump solidarity and mutual responsibility. The pope notes that the “modern anthropocentrism” at the root of the crisis itself can flow from a flawed Christian theology that stresses mastery and dominion. And when people put themselves at the center, all that matters is their own immediate needs. In this context, the pope rails against the “rampant individualism” in our society, the “self-centered culture of instant gratification”, and the tendency toward “collective selfishness”. He reprises his critique of the throwaway culture and the tendency to treat people as mere objects, leading to the scourge of modern slavery and human trafficking. He denounces the “utilitarian mindset” that leads to individualism, competition, consumerism, and free market ideology. He notes that freedom today is reduced to “freedom to consume”. And he draws a connection between claims to absolute power over our own bodies and claims to absolute power over creation.

7.       The encyclical calls on the global economy to prioritize people and the planet over profits. Over and over, the pope rails against the idea that the market alone can protect the environment and ensure social inclusion and integral human development—he refers to such erroneous thinking as the “magical conception of the market”. He also issues a strong condemnation of the “absolute power of the financial system” that “overwhelms the real economy”—a system that still lacks an ethical foundation and still threatens the world with crisis. The business world is called out for short-term thinking and for an obsession with maximizing profit. Instead, business should be seen as a noble vocation that serves the common good, especially by prioritizing employment over short-term financial gain. This is a vital point for Francis and he devotes an entire section to it, as work is “part of the meaning of life on this earth, a path to growth, human development, and personal fulfillment”. He calls on business the pay the full social and economic costs associated with their activities, and notes that investments in sustainability can actually be profitable. But he warns business not to reduce sustainability to “a series of marketing and image-enhancing measures”.

8.       The encyclical has a strong ecumenical flavor. In light of the global nature of environmental degradation, Pope Francis addresses the encyclical to “every living person on the planet”. Right up front, the pope quotes His All-Holiness, Ecumenical Patriarch Bartholomew, and we know that a representative of his was part of the launch this morning. The encyclical also quotes a Muslim mystic, Ali Al-Khawas. The pope notes that other religions express similar environmental concerns, and he calls for “religions to dialogue among themselves for the sake of protecting nature, defending the poor, and building networks of respect and fraternity”. And he ends the encyclical with two prayers—one for Christians, and one for all who believe in a Creator.

9.       The encyclical shows a pope with practical experience of the lives of the poor. Francis devotes a whole section to the “ecology of daily life”, where he paints a vivid portrait of urban life in the developing world—poverty, crime, shanty towns, derelict buildings, congestion, pollution, a feeling of uprootedness, lack of public transportation, the sense of asphyxiation from dense population. At the same time, he praises the poor for practicing “a commendable human ecology” despite hardships—by close and cordial relationships and by taking care of the interiors of homes, even if the outside is ugly. In this way, “any place can turn from being a hell on earth into the setting for a dignified life”.  He calls for urban improvements, and for better integration of different parts of a city.

10.   The pope calls for an ecological conversion. Policy is not enough, we also need a profound interior conversion. This calls for the cultivation of new virtues that emphasize “ecological citizenship”—interior motivation and personal transformation rather than just external laws and regulations. Inculcating new habits requires ecological education in schools, families, catechesis, the media, and elsewhere. But self-improvement by individuals is not enough—the pope calls for a “community conversion too”, based on gratitude and gratuitousness, and a loving awareness that we are joined to creation in a “splendid universal communion”. This is central to what it means to be a Christian. As the pope puts it, “living our vocation to be protectors of God’s handiwork is essential to a life of virtue; it is not an optional or secondary aspect of our Christian experience”.