Talk of the Town

Some New Yorkers weren’t sorry to see it go. Anish Kapoor’s Sky Mirror, installed last fall on the Fifth Avenue side of Rockefeller Center’s promenade, had promised to be a striking presence.

Kapoor first came to public notice in the 1980s with his geometric and biomorphic pieces in stone, pigment, and plaster. In the 1990s he began to explore the notion of the void. His pieces dropped away from you, disappeared into the wall or the floor, seemed both there and not there.

Sky Mirror was another such “non-object,” to use Kapoor’s term, a sharply tilted, three-story mirror of polished stainless steel with fifteen petal-like panels radiating from a round center. The concave side, facing 30 Rockefeller Plaza, turned the iconic building upside down and, on a sunny day, haloed it with blue sky. (At night, the reflected image seemed to be that of a medieval cathedral.) The convex side, facing Saks Fifth Avenue across the street, reflected awestruck pedestrians, street traffic-and a great deal of pavement.

But it was all just too big and intrusive, and the best place to see it was from a distance. The closer one stood to it, the more overwhelming it became. Indeed, it massively obstructed one of the glories of Rockefeller Center: the simple, elegantly proportioned garden pathway opening down to the plaza, the skating rink, and Paul Manship’s Prometheus Fountain at the foot of the immaculate skyscraper.

It was certainly not the first time a major artist had contributed something wrong to the Manhattan street scene. Richard Serra, arguably the world’s greatest living sculptor, had been commissioned in 1981 to do a monumental sculpture for the Federal Plaza in downtown Manhattan. When it was installed, his Tilted Arc, a sweeping wall-like piece that pretty much bisected the space, caused a ruckus. It got in the way, people said. After several years of protest about free speech and due process, in 1984 the U.S. Court of Appeals for the Second Circuit ruled that the government was free to move art that it owned-and the Arc was taken away.

Of course, there have been more fortunate marriages of public sculpture and modernist architecture in New York. Jean Dubuffet’s Four Trees comes to mind, at the foot of Gordon Bunshaft’s 1961 Chase Manhattan Bank, one of the greatest of the International Style skyscrapers on Wall Street. Against the glass and aluminum grid of the towering structure, Dubuffet’s comical forest, forty-two feet tall and painted in his red, white, and blue Hourloupe style, is even more whimsical than it might be at another site. For almost forty years now, since David Rockefeller and the bank commissioned it in 1969, it has beckoned visitors to its saucy shelter.

Another, perhaps even more felicitous addition to the Manhattan street scene is more recent. Unveiled last May, the elegant, thirty-two-foot glass cube at the new Apple Store in front of the GM Building on Fifth Avenue at the Grand Army Plaza is a sheer transparent delight. GM, designed by Edward Durrell Stone and completed in 1968, is a fifty-story tower clad in white-marble columns running uninterruptedly from base to top. The open area in front of it, across from the old Plaza Hotel, was for years a sunken area twelve feet below street level. (In New York real-estate circles, it became known as “The Pit.”) Intended to evoke Rockefeller Center, the area never worked. Now it does.

Elevated slightly above street level and surrounded by a low balustrade, except where easy steps lead to the sidewalk, the plaza has now been given two dancing fountains on either side of the cube, which serves at once as entrance, skylight, and dazzling minimalist sculpture. (Steve Jobs, Ron Johnson, and the designers from Apple, working in conjunction with the architectural firm Bohlin Cywinski Jackson, decided it should be “a gift to the city.”) Recent refinement in glass construction-using glass fins and beams interlocked by stainless steel fittings-made it possible for the cube to be self-supporting and entirely free of structural steel. The trademark apple with one bite taken out of it-red for the holidays but now white for winter-hangs as if in a shrine. In morning shadow, it almost disappears, but in the late afternoon sun it ripples with the reflections of nearby trees. In the evening it becomes a tantalizing crystal. The combination of commerce and culture is surrounded by happy people all day long. And it happens that the store below has become Apple’s most successful outlet, proving, if any proof were needed, that beauty can be more than its own reward. 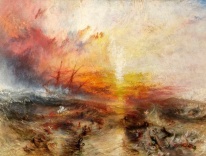 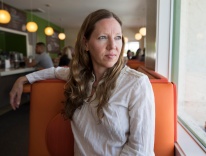