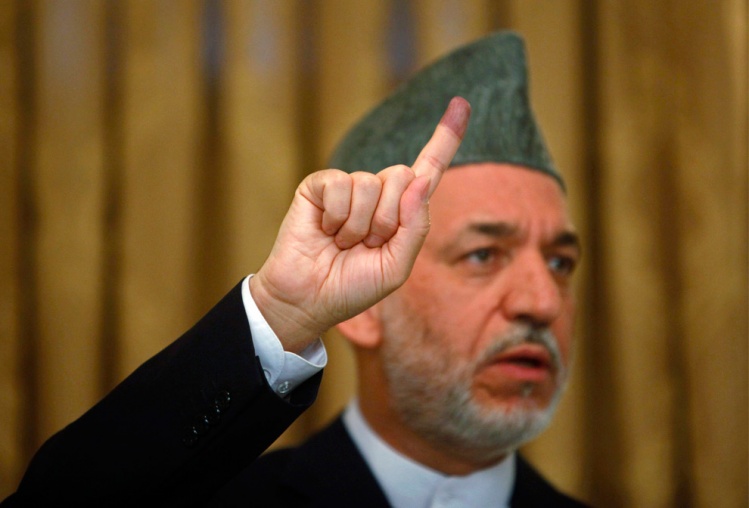 What more than a decade ago was believed by Americans to be the omnipotence of the United States in the Middle East and Central Asia (the “Greater Middle East” as the George W. Bush administration called it) is today being replaced by a fear that the United States not only has decisively lost its power in the region, but is also responsible for why everything seems to be going wrong.

President Barack Obama is being accused by some Republican members of Congress of responsibility not only for the jihadist reconquest of the twice-martyred city of Fallujah in Iraq, but also for the jihadist resurgence elsewhere.

What did he do in Iraq? He did what the Bush administration had promised to do: leave Iraq. He fulfilled his own election campaign promise, made in 2008, to complete the withdrawal of American forces from Iraq and turn to Afghanistan.

The American military and the Bush administration had set a nominally democratic but overwhelmingly Shiite government in Iraq. President Obama is blamed for the fact that while the American command wanted to keep a security and training force of limited size in Iraq after the main withdrawal, the Iraqi Prime Minister, Nuri Kamal al-Maliki, refused to accept this on the only terms that the Pentagon would agree. These were that American forces remaining in Iraq would enjoy extraterritorial legal status, which is to say that they would be accountable only to their own commanders for crimes or offenses under Iraqi law, and in addition would enjoy extraordinary anti-terrorist powers over Iraqi civilians (such as invading their homes in a search mission). The prime minister found this an affront to the new Iraq’s sovereignty.

President Obama refused to have U.S. forces remain in Iraq under any other terms. Extraterritorial terms are those the U.S military insists upon in stationing troops on the territory of any ally. This is the wish of Congress. Can you imagine what a Republican congress would have made of Obama had he accepted Iraq’s terms? The Republicans would have torn him to shreds, and many Democratic politicians and commentators of all stripes would have joined them at the feast.

American politicians and people will soon have a second occasion to make the same demand of the president with respect to Afghanistan. The U.S. has agreed to pull its troops out of Afghanistan by the end of 2014. Once again the Pentagon wants a residual training and anti-terrorist force to stay behind to continue police and troop training, and go on with the hunt for the Taliban and foreign jihadists. Once again the Pentagon insists upon a Status of Forces agreement affording extraterritorial status to military and official Americans.

Afghanistan President Hamid Karzai, a slippery negotiator, at first seemed to agree, then disagree, then postponed a decision until after elections this spring, or perhaps another national consultation of tribal leaders and notables, a “loya jirga.” And what then? Does the Pentagon see its future in chasing peasant insurgents in wars it does not win?

Robert Gates, in his new book, salutes Barack Obama as an individual but criticizes him for his military policy inadequacies. What does he expect of a community organizer and law professor? When the president went to Kabul in 2009 to ask “his generals” to brief him on how to win the war against the Taliban, he requested options.

When he went back, he got one “option” -- David Petraeus’s program. Dreaming dreams of the White House himself (according to some on his staff), General Petraeus, the hero who had “won” the war in Iraq by buying the loyalties of Sunni tribal groups being persecuted by the Shia politicians in control of the country, thus inspiring the Sunni “surge” that today is bombing Iraq into crisis, told the president what he must do.

What Mr. Obama thought of this we cannot know. He knew that he was not Bismarck. He knew that if he dropped General Petraeus there would be a political conflagration in Washington. He did what he was told. He ordered another troop “surge” just like the one in Iraq.

Today NATO in Afghanistan is no further along than it was in 2009. The allied NATO contingents are quietly packing up and slipping away, hoping no one will notice. And Karzai still won’t give President Obama a yes or no on the Status of Forces Agreement the Pentagon demands if it is to stay on beyond 2014 to keep Karzai in office, a matter that probably depends, in reality, on what kind of deal the Karzai government can make with the Taliban.

There is a question, however, that has never been asked since America’s Islamic interventions began. U.S. forces have been training Iraqi soldiers since a new Iraq government was created there. American taxpayers have equipped them, and their counterparts in Afghanistan, who have been in training since the Bush administration. It doesn’t take that long to train a man for war. American basic and advanced infantry training used to take six months at most. The Taliban do very well with no formal training at all. My question, then, is why these governments should not look after themselves?