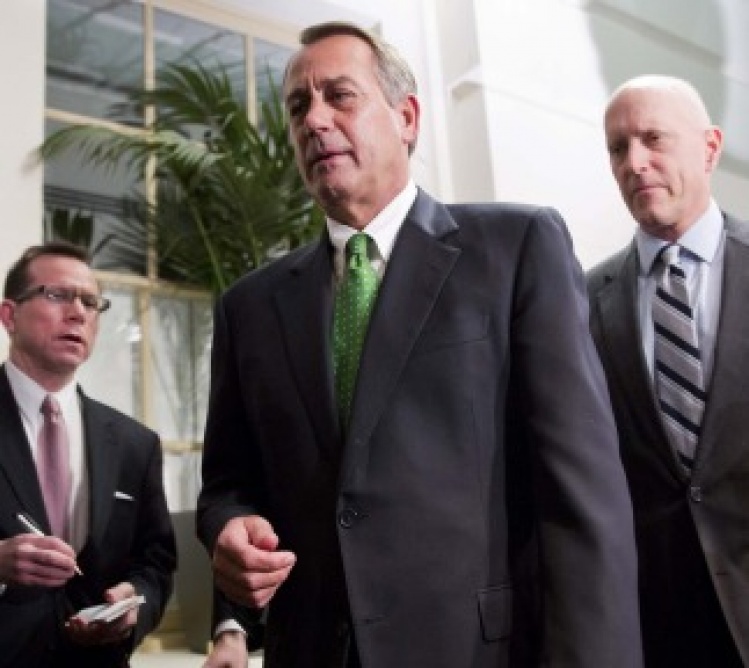 "Obstructionist,” “blackmail,” “extortion,” “hostage-taking,” “unpatriotic,” “incoherent,” and “suicidal” are some of the words being used to describe the strategy of the Republican majority in the House of Representatives that has shut down the federal government. And many of those words of condemnation are coming from Republicans, not just Democrats.

Initially, the House Republicans’ refusal to pass a continuing-funding resolution to keep the government open was tied to the unreasonable demand that the Affordable Care Act (ACA) be repealed, defunded, or delayed. This was the goal of the bombastic freshman senator from Texas, Ted Cruz, who quickly became the darling of the Tea Party for his faux “filibuster” in the Senate. (Cruz’s opposition to the ACA seems to be more about the political consequences of its likely success than about its possible failure.) Since the ACA’s insurance exchanges were going to open October 1 regardless of what Congress did about the budget, Cruz’s day-long speech was just a stunt. His aim, evidently, was to stiffen the spines of the Tea Party caucus in the House, the group of radicals who want to close down the government, and perhaps even default on the national debt, in order to stop the ACA and shrink the size of government more generally.

So far, this small group of thirty to sixty Republicans has prevented John Boehner, the Speaker of the House, from allowing a vote on a “clean” budget bill that does not defund the ACA. Between House Democrats and moderate Republicans there are enough votes to pass a temporary budget and reopen the government. Recognizing that the ACA cannot be stopped, Boehner has shifted his position and now wants the president and the Democrats to negotiate a budget bill that includes significant spending cuts before he will allow a vote on the continuing resolution. But earlier this year the Democrats already agreed to cut $70 billion from the budget without increasing revenues, only to have the House reject the bill. Understandably, the president and the Democrats are now determined that the government be reopened before they negotiate a final budget. If he were to capitulate to the House’s demands, the president argues, every future budget could be held hostage by a radical and unrepresentative minority in Congress, and the constitutional system would grind to a halt. If democracy is to work, a minority cannot nullify the legislative will of the majority.

Even worse, Tea Party Republicans are also refusing to extend the nation’s debt ceiling unless the president and the Democrats comply with their demands. This is an invitation to anarchism. If Congress does not raise the debt ceiling by October 17, widespread economic damage is almost certain. Whether they are Democrats, Republicans, or Independents, the vast majority of Americans are shocked and outraged that some in Congress are endangering the economic well-being and security of the nation, if not the world, in pursuit of their narrow ideological agenda. Surely it is time for cooler heads in the GOP to put country before party and bring this crisis to an end before the nation as a whole stumbles into a constitutional and economic crisis that will make passing a federal budget look like child’s play. Many conservative voices, including the Wall Street Journal, have called for common sense and prudent compromise. How little effect those calls have had reveals the danger and precariousness of the situation.

In our upcoming issue, David M. Kennedy reviews Breach of Trust, Andrew Bacevich’s jeremiad about how the nation as a whole has turned away from the democratic ideal of the citizen-soldier, refusing to recognize that the burdens of the nation’s defense must be shared in an equitable and responsible way. Bacevich, a frequent Commonweal contributor, offers a bleak assessment of the moral failings of our self-satisfied, consumer-driven culture. Americans, he writes, have “abandoned collective obligation in favor of personal choice.” Kennedy summarizes Bacevich’s argument thus: “Americans have mutated into passive spectators, not active citizens, across a wide spectrum of once-sacred civic responsibilities.”

It is hard not to see this dynamic at work in the current political crisis. The Tea Party scoffs at the notion that “collective obligation” or “sacred civic responsibilities”—to provide health-care insurance to those who cannot afford it, for instance—might even exist. Rather, the movement upholds as sacred the right to be left alone. But we do have responsibilities for one another. Like it or not, as a self-governing people we are all very much in this together. Our economic and social lives are more deeply entangled than many Americans imagine or like to acknowledge. Just how entangled will quickly become apparent if the extremists in Congress force the country to default on its debts.