Rules Are Not Enough

When President Barack Obama said he judged “empathy” to be a desirable quality in a Supreme Court appointee, he set off a discussion that was as confused as it was contentious. What exactly is “empathy,” and how does it relate to the task of a judge?

Obama himself described it as a quality that allows judges to take into consideration the concrete effects of their rulings, especially on ordinary people. He said in an interview that he “will seek someone who understands that justice isn’t about some abstract legal theory or footnote in a case book. It is also about how our laws affect the daily realities of people’s lives—whether they can make a living and care for their families; whether they feel safe in their homes and welcome in their own nation.”

Obama’s critics worry that “empathy” is not merely undesirable, but inconsistent with the fundamental obligations of a judge. Republican Senator Orrin Hatch fears it is a code word for judicial “activism,” a potent political issue, if a notoriously elusive concept. In an opinion piece in the Washington Times, Wendy Long argued that empathy was inconsistent with impartiality. She truculently accused Obama of being “the first president in American history to make lawlessness an explicit standard for Supreme Court justices.”

Despite appearances, this debate is not simply partisan. It involves important and enduring questions about what it means to be a good judge. Jurist and Catholic moralist John Noonan tackled the question head-on in Persons and Masks of the Law: Cardozo, Holmes, Jefferson, and Wythe as Makers of Masks.

Noonan argues that at the heart of the legal system are two equally essential components: rules and persons. We all know the importance of rules—they are impersonal, they are impartial, they are framed with a concern for the larger good of the whole community. Neglecting the claims made by rules produces judicial “monsters” who strangle justice with bribery, arbitrariness, or bias. As Noonan notes, the Book of Deuteronomy describes God as a judge who “regardeth not persons nor taketh rewards.” A good judge must have due regard for the rules.

But rules are not enough. “There is no reason to suppose that justice is the only virtue required of a lawyer, legislator, or judge,” Noonan writes. “If [judges] are not to cease to be human, they must cultivate the other virtues of humanity.” Without these other virtues, the application of rules can become “merciless and inhuman.” Playing on the dual meaning of the Latin word persona as both “person” and “mask,” Noonan argues that rules can become masks that conceal the human faces—and human needs—of the persons to whom they apply. A judge can hide behind rules to escape responsibility for the harm he or she is causing to other human beings.

In my favorite chapter in the book, Noonan examines the persons and rules behind the most famous case in American tort law, Palsgraf v. Long Island Railroad (1928). Helen Palsgraf, a middle-aged janitor taking her two daughters to the beach on a hot summer day, was injured in a freak accident on a train platform. She sued the railroad for negligence, winning $6,000 (a sum equal to fourteen times her annual income) in damages in a jury trial. Reversing the verdict on appeal, the eminent judge Benjamin Cardozo took the money away from her. He articulated a rule under which the railroad was not negligent, because it could not have reasonably foreseen the harm to Palsgraf. Noonan wonders why Cardozo thought it was preferable to announce a rule that makes a single unlucky passenger bear the entire loss from an accident instead of assigning it to the railroad, which could distribute the cost of compensating the injured person among all passengers by slightly raising ticket prices. Noonan reserves his greatest censure, however, for Cardozo’s decision to impose the costs of the litigation on Palsgraf—costs that equaled an entire year of her income. In principle, imposing the costs of litigation on a plaintiff or defendant was done at the discretion of a judge. In practice, costs were routinely imposed on the losing party. By mechanically following that rule, Cardozo completely masked the real circumstances of Helen Palsgraf’s life. Perversely, the penalty imposed on Palsgraf for seeking justice through the courts was to deprive her, a single mother, of the ability to support her children.

Judges must pay attention to both rules and persons. Needless to say, no rule can tell us how the balance should be struck in a particular case. The decision must be made by judges who are not only committed to the rule of law, but who also have the imaginative capacity to identify with the parties before them when interpreting and applying the rules. One source of that capacity is direct personal experience. Still, no one judge can have every relevant experience. All judges, however, can develop empathy. And in telling the story of Helen Palsgraf, Judge Noonan makes a good case for why they should. 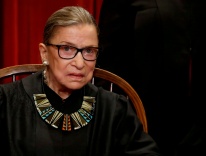