A Writer & His Books
By William H. Pritchard
Books 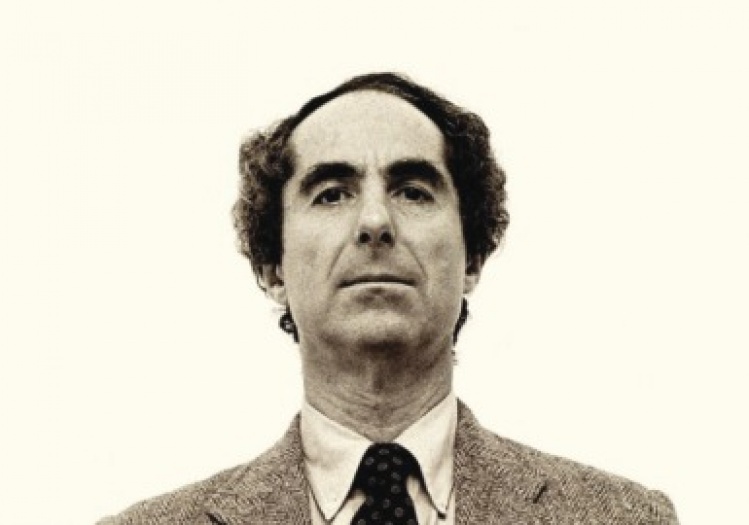 More than a year ago, Philip Roth announced that his work as a novelist was finished—that the volume Nemesis, published in 2010 and consisting of four novellas, would be his last. Henceforth he would devote himself, in part, to assisting his biographer, Blake Bailey, in providing a definitive view of his life and work. At his eightieth birthday celebration in Newark in March 2013, he gave a reflective talk on his life as a writer and the welcome feelings he was experiencing in seeing that life concluded. When Claudia Roth Pierpont, the author of Roth Unbound, suggested to him in 2012 that after his impending back surgery he might write another novel he replied, “I hope not.”

Thus far he has kept his word.

Some years ago, when Pierpont became acquainted with Roth (they are not related, and Roth once asked her, deadpan, “Did I used to be married to you?”), the novelist invited her to read a manuscript he was at work on. Understandably, she professed herself honored, to which Roth snapped, “Don’t be honored or you’ll be of no use to me.” Now she has written a “survey of the writer and his books,” under an agreement that, while allowing her access to his papers and other material, Roth would not read a word of what she was writing until the book was published. The result is a fluid and graceful portrait. Pierpont presents an overall picture of Roth’s works that, while strongly positive, contains necessary qualifications and discriminations: there is no dutiful approval of every word the master has written. You can tell that she likes some books more than others, and the judgments she makes about them are nuanced and sure-footed.

Overall her version of his literary career is one with which I think most readers would agree. Roth’s first three books—a collection of short fiction (Goodbye, Columbus), and the two novels that followed (Letting Go, When She Was Good)—for all their good moments (especially the fine story “Defender of the Faith”), were written in a relatively conventional idiom, including omniscient narrators, which he would not use again. This mode was eventually “overthrown” (Roth’s own word for it) by the best-selling dazzle of Portnoy’s Complaint. A triumph of the performing self, especially in its narrative voice, Portnoy made it impossible for Roth henceforth to write in a straightforward, “realistic” way. The immediate results were The Breast, Our Gang, and The Great American Novel, three novels that don’t feel much like novels, but rather creative fantasies, comic skits, and outrageous violations of good taste. None exists as a satisfying achievement in fiction; while the novel that followed—My Life as a Man—for all its drive and energy, is too full of what Pierpont describes as “resentment” (directed mainly at Maggie Williams, the woman whom Roth had unhappily married) and “sexual biliousness” to combine those elements into a satisfying whole.

It would be tedious to run through Pierpont’s commentary on the fifteen or so novels Roth was to write in the four decades to come, but her survey suggests to me a way of describing the two focal points of his artistic power and achievement. The first is The Ghost Writer, which ushers in the sequence of novels with Nathan Zuckerman as protagonist: Zuckerman Unbound, The Anatomy Lesson, and The Counterlife. It may well be, as Pierpont suggests, that Roth’s relationship with Claire Bloom, beginning in 1975, along with his purchase a few years earlier of the eighteenth-century farmhouse in Western Connecticut that would continue to be his home away from New York City, fueled his creative energies. The beauty of the Connecticut landscape surely provided impulse toward the new “magic” (Pierpont’s word) found in The Ghost Writer, while Roth’s increasingly monk-like habits of composition animate its hero, E. I. Lonoff, with Bloom contributing to the portrait of Lonoff’s wife, Hope. When Roth asked Bloom (with Hope Lonoff in mind) what it was like to live with a writer in the country, she replied, “We don’t go anywhere! We don’t do anything! We don’t see anybody!” (Not quite the whole story, since Bloom continued to lead an active life in theater and film.) These four Zuckerman books show Roth—especially in Zuckerman Unbound—at the peak of his comic genius even as they explore the deeper issue of the notoriety and loneliness of a writer’s life.

THE SECOND POINT OF maximum literary energy is Sabbath’s Theater, written after Roth had undergone a serious depression and separated, unharmoniously, from Bloom. The novel became notorious for its sexual explicitness, compared to which Portnoy seems child’s play. Yet the book’s great sequence are its pages devoted to Sabbath’s rediscovery of his boyhood at the New Jersey seaside, especially as it is bound up with the death of his brother in World War II. Pierpont singles out the wonderful catalogue of seasonal and daily change (“There was sand and ocean, horizon and sky, daytime and nighttime—the light, the dark, the tide, the stars, the boats, the sun, the mists, the gulls”) and compares it to Proust in its capturing of time. The range of tone in this longish section, mainly elegiac, is astonishing and moving in its depth. Roth had never written anything quite like it, and the release of creative ambition this sequence and the whole book gave him would be confirmed in the American trilogy (Roth’s eventual title) that followed: American Pastoral, I Married a Communist, The Human Stain.
These books—granted, as Pierpont notes, the “less engaging” voices in I Married a Communist—are a major achievement. Pierpont wisely withholds judgment on the Roth-Bloom fracas, but has lots to say (often quoting Roth) about his relation with John Updike, a relation that ended when Updike in print seemed too credulous of Bloom’s view of her marriage to Roth in her own book. Yet his admiration for Updike the writer seems to have survived it, as it had survived the offense he took earlier at Updike’s mixed review of Operation Shylock, which contributed to the syndrome that precipitated Roth’s breakdown in l993. “Roth often says that Updike had the greatest natural gift of all of them,” writes Pierpont, and he admires “the gush of prose” (Roth’s words) in Updike as distinguished from his own “gush of invention, dialogue, event, but not of prose.” Perhaps the funniest thing Roth ever said—in a lifetime of saying funny things—is his imagining himself as a Jewish author of Updike’s Rabbit novels, which he retitled “Rabbi, Run, Rabbi Redux, Rabbi Is Rich.” Pierpont describes Roth as breaking up after uttering this bon mot.

The most interesting “gossipy” item in a book pretty much free of such trivia is that in 1964 Roth escorted Jacqueline Kennedy to a dinner party. Returning her home, in a black limo with the driver up front, he is invited upstairs and wonders whether a kiss would be appropriate. (“I know all about Lee Harvey Oswald, am I supposed to kiss her? What about the Cuban missile crisis? Am I supposed to kiss her?”) When he finally did kiss her, he said it was “like kissing a face on a billboard.” Although they only saw each other a couple of times afterwards, Roth admits that he “would have loved it if she could have been the correspondent in Maggie’s lawsuit,” one more instance of the vibrancy of Roth’s voice in Pierpont’s fine book.