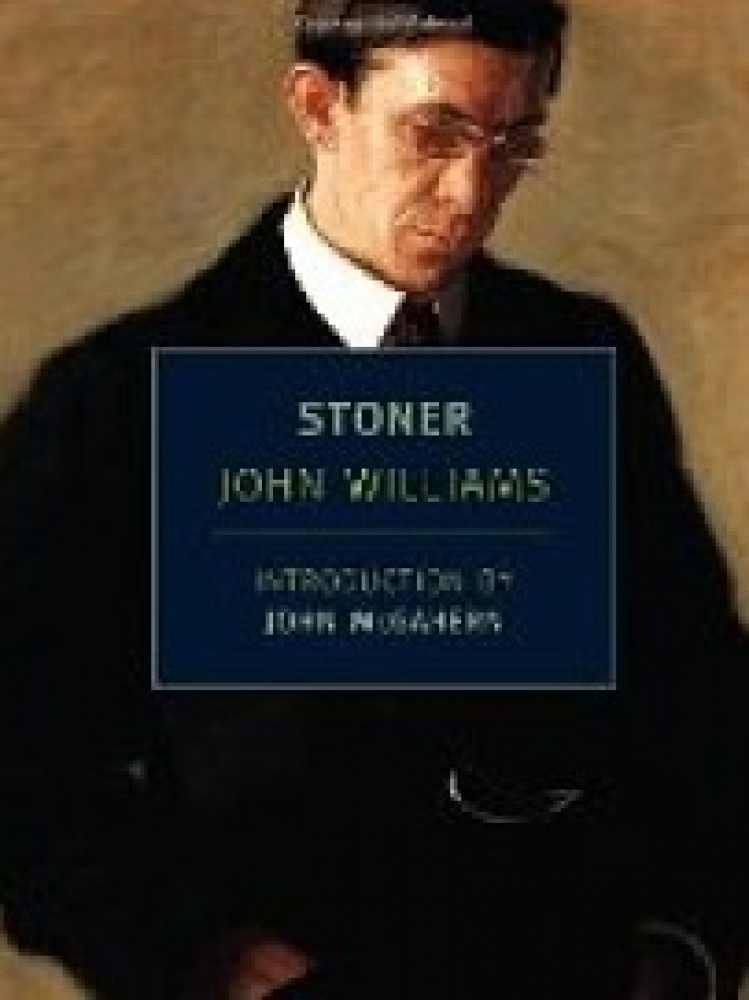 The John Williams novel Stoner is (back?) in the news, now that it’s a best-seller in the Netherlands, France, and elsewhere. How this “overlooked work” about a Midwestern professor of literature, published in 1965, has managed to gain generations of new fans and now a global audience is the topic of a recent essay in The Millions. It notes the importance not only of critical advocacy but also of devoted and innovative publishers—and in chronicling the cycles of its disappearance and re-emergence suggests the book maybe hasn’t been overlooked so much as it has, from an industry standpoint, underachieved.

Writers seem especially to like Stoner, but so do (I suspect) certain types of readers, the kind who relish “restraint and clarity” (qualities that Anthony Domestico rightly cited when writing on our Verdicts blog last September) and who like to let ordinary but expertly dispensed details accrue force and meaning. Then there’s the title character himself, about whom Morris Dickstein in 2007 wrote:

[Stoner] is neither a great teacher nor a noted scholar but applies himself to both with an intensity born of love. In literature he senses a depth of human understanding beyond his power to express, “an epiphany of knowing something through words that could not be put in words.” Williams writes about this with an almost Roman gravity. “It was a knowledge of which he could not speak, but one which changed him, once he had it, so that no one could mistake its presence.”  … The one book Stoner produces is soon forgotten. His distrust of glib brilliance, his concern with ancient theories of grammar and rhetoric, make him look pedantic. Stoner’s cast of mind is monastic, unworldly. He is reduced to teaching menial courses to students who only dimly sense the warmth and conviction he brings to them.

Stoner “demonstrates that the real drama of human experience is in the daily refusal to escape, the uninterrupted renunciation of extreme situations, the muted decision to stay and do some good,” D.G. Myers wrote in Commentary a couple of years ago. The distrust of glib brilliance, the monastic cast of mind, the muted decision to stay and do some good—maybe these are the things that each new wave of Stoner readers finds so compelling. I find it interesting that Myers, in recently making the case that the 1960s may have been the best decade for American fiction, took up Stoner again, positioning the novel alongside, among others, O’Connor’s The Violent Bear it Away, Percy’s The Moviegoer—and J.F. Powers’s Morte D’Urban: “[B]oth it and Stoner  … are one of a kind. Nothing else like them—not even their authors’ later books—was ever written again.”

While The Millions essay necessarily spends time on the practical aspects of bringing Stoner to new audiences (its current publisher has eschewed the word “classic” and uses social media to accomplish what it otherwise might were the author alive to help sell the novel), it at least acknowledges that “tweeting does not make a best seller.… This quiet book has instilled something” in its supporters on the business end—like it has in every reader who’s gone on to recommend it to someone else over the past forty-eight years.