Alan Sullivan devoted the last year of his struggle with cancer to translating the seventy-eight poems attributed to King David, as a thanks offering to the psalmist for bringing him to God at the very end of his life. The translator of Beowulf for the Longman Anthologies of World and of British Literature, he was assisted by Seree Cohen Zohar, a scholar of Classical Hebrew in Israel.

and those who hate him flee his face.

as wax melting before the flame:

the wicked perish in God’s presence.

let them be glad in the sight of God.

Prepare the way for the sky’s rider.

His name is LORD. Exult before him.

God is in his holy tabernacle.

He leads the captive into fortune,

the rebel to a scorching desert.

to guide them through the wilderness.

08:    The country quaked, the heavens stooped

before God’s face. All Sinai shook

before God’s face, the God of Israel.

refreshing your domain from drought.

you looked with favor on the poor.

women of the conclave tell:

beauty, at home, divides the spoils;

she takes her rest between the hearth-stones:

her feathers shot with green-gold shimmer

14:    while the Almighty scattered kings

as he disperses snow on Tsalmon.

many-peaked, the mount of Bashan.

This height is God’s desired abode:

the Lord will dwell here evermore.

thousands of angels, the Lord among them

in holiness, as he was at Sinai.

You received the gifts of men,

even from rebels, entreating you,

God is our salvation.

yet God, the Lord, dispenses death.

hairy-pated, who have not repented.

“I will bring them out of Bashan;

I will bring them from the depths of the sea,

and the tongues of your dogs, lap it up.”

processions, my God, my King, to your sanctum.

after them, maidens playing timbrels:

bless you, Lord, from the well-spring of Israel.”

princes of Judah come as their council;

29:    about your temple at Jerusalem

when kings would bring your tribute in.

groveling to give their silver.

Disperse the nations that delight in war.

and Cush herself reach out to God.

Sing praises to the Lord,

whose voice sounds out, a mighty voice.

whose glory hovers over Israel,

whose power fills the firmament.

the God of Israel imbues

the nation with his strength and power. 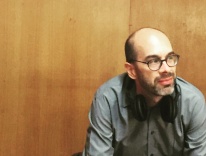 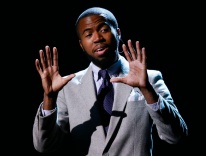