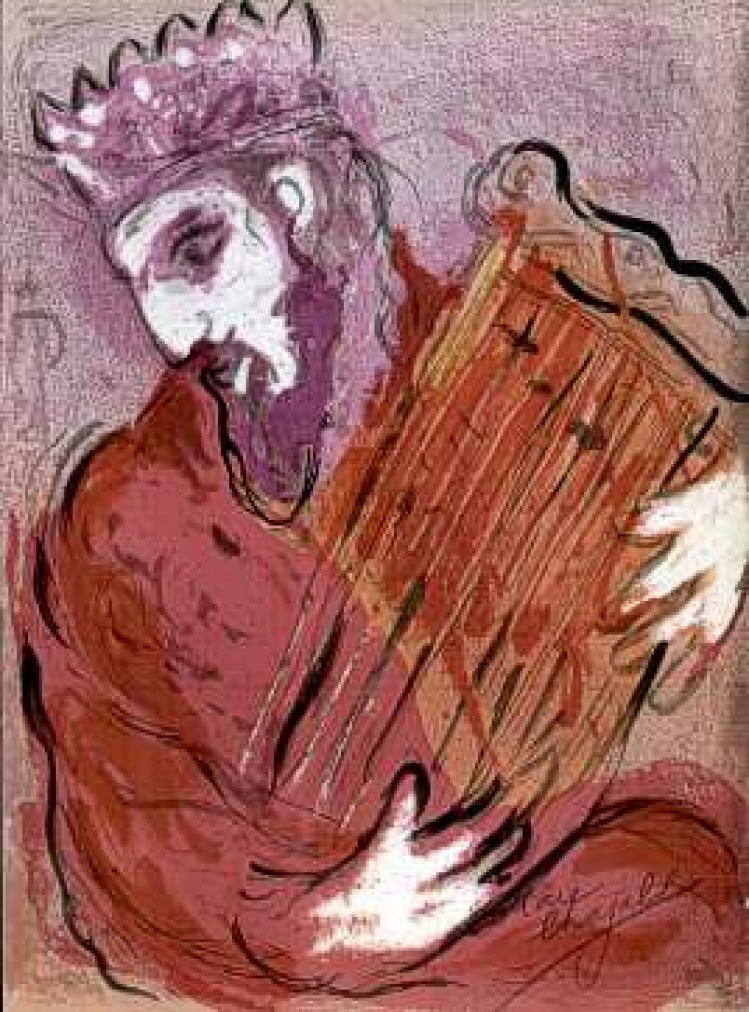 On a thread initiated by Fr. Robert Imbelli earlier this month (“The Whole Christ” February 7), a question arose about praying with the psalms. I mentioned a couple of essays on this subject that I have found helpful, and Bob, seconded by Tom Blackburn, kindly invited me to share some insights from these works. I wrote a bit at that time, but other duties intervened and I was unable to finish. Thinking (rightly or wrongly) that others too might be interested in these ideas about the psalms, and given the fact that the older thread is now unlikely to be visited by any but the most obsessive blog followers, I’m posting some of this material here, in two parts.

The sources are old and not to be found in bookstores.

The first is an essay by Pius Parsch (1884–1954) taken from his Der Wochenpsalter des Romischen Breviers (1936) and reprinted as an introduction to The Hours of the Divine Office in English and Latin (Liturgical Press, 1963). I can't recommend this essay highly enough. Sixteen pages of pure gold. Yes, it's the pre-reformed Hours that are in view, but many of the basic insights still apply.

The second is a beautiful "introduction to the psalms" by André Chouraqui (1917–2007). Chouraqui was an Algerian-born, French-educated, Jewish scholar, lawyer, and writer whose translation into French of the psalms in 1956 was widely acclaimed. His scintillating essay first appeared as the introduction to that translation. It was later published in the periodical Liturgy O.C.S.O. (a Journal of Gethsemane Abbey) in 1979 and then reprinted in 1995 (Volume 29, Number 1).

First, Parsch. Here’s a little background for those who don't know him. Pius Parsch was an Augustinian canon of Klosterneuberg Abbey. He was an important figure in the Liturgical Movement during the first half of the twentieth century, indeed he was regarded as the founder of that movement in Austria. His work is valued especially for the way in which he pressed beyond scholarly and intellectual work into the realm of pastoral application. His best-known work in English is his multi-volume study of the liturgical year: The Church's Year of Grace. Here is an autobiographical essay, which illustrates his passion for the goals of the conjoined renewal movements of his time: reading the Bible and active participation in the Liturgy.

Parsch was particularly strong on the character of liturgical prayer. Here is an excerpt:

The breviary is above all the prayer of the Church, the prayer said in the name of the Church. It is helpful to understand the difference between private prayer and liturgical prayer. In private prayer I pray, mostly, for myself and my own affairs. It is the isolated person who stands in the center of the action, and the prayer is more or less individualized. But in liturgical prayer, and therefore in the breviary, it is not primarily I who am praying, but the Church... In liturgical prayer, I feel more like a member of a great community, like a little leaf on the great living tree of the Church. I share her life and her problems. The Church is praying through my mouth, I offer her my tongue to pray with her for all the great objectives of redemption, and for God's honor and glory.

(Incidentally, this second paragraph so closely compares to the first article of Gaudium et spes that I wonder if the Pastoral Constitution on the Church in the Modern World might not be animated more by a liturgical spirituality than is normally credited. But that's another subject.)

Parsch gives a sensitive description of each of the Hours, and offers a general rationale for the psalms and canticles assigned to them. Because the sheer quantity of words in the Hours can be overwhelming in detail, I find this general architecture helpful. Here is an example in his description of Lauds (Morning Prayer).

Lauds is a jubilant hour, fresh as the morning dew, perhaps the most beautiful of all the Hours. Its symbolism deserves attention. It is night; nature and men are asleep. In the far east, the grey of dawn appears; then the ruddy hue of morning, the harbinger of a new day, spreads across the horizon, and the world of nature begins to stir. But all this natural beauty is only a symbol and reminder of a most wonderful event in the story of salvation. It was at this beautiful hour that the Savior burst the bonds of death. Resurrection -- that is the background theme of Lauds. And the two pictures together, dawn and resurrection, remind us of a third arising from slumber, the spiritual awakening of the human soul.

In another section, he describes the wonder and honest difficulties of praying the psalms ("The psalms are what make the breviary so beautiful and at the same time so difficult”), especially the harsh passages. In an attempt to navigate some of these difficulties he discusses the psalms as "prayer figures," which I found helpful.

The key to understanding any figure comes from having grasped the point of comparison employed; that point must be isolated and concretely formulated. When we have found it we will know at once what is to be carried over into our application of the prayer and what is only incidental development of the figure used. Just as in a parable not every feature of the story or detail is capable of application to the point made by the narrative, even so, not every verse or statement in a psalm can be applied to its basic message. The psalms, after all, are poetry.

With regard to "curse psalms" he had this to say:

... [A]s Christians we may never wish evil upon a sinner directly, personally.

The psalms however have nothing to do with personal enmities. The theme of all our praying is God's kingdom and sin, and the curse passages in the psalms are only the primitive expression of absolute protest against evil, sin and hell. Try changing the optative of the curses to the indicative of fact; this turns the curses into an expression of divine justice...