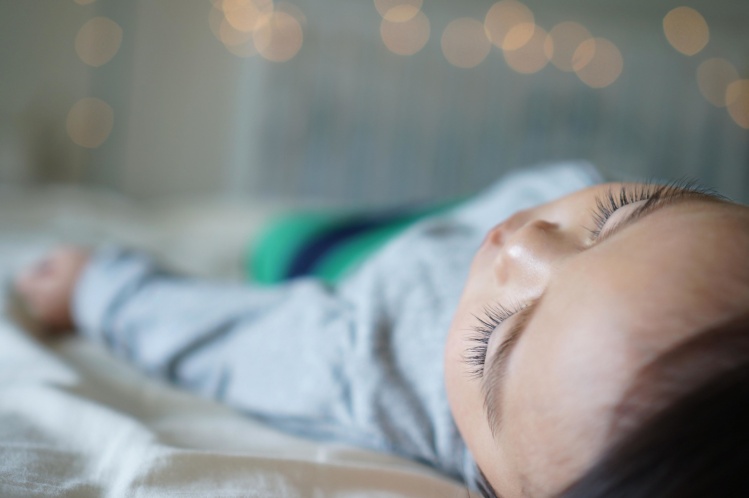 What she needed most she couldn’t stomach much of—
by month four, each dish towel and napkin

in the house, even newly washed, smelled of the milk
she’d gum down hourly, then, smiling wider,

spit back up. As if already she’d caught
her father’s penchant for sudden second thoughts.

One afternoon alone, furtive as a teenager,
I slipped one of the cloths inside a Ziploc, sealed

and hid the bag on a shelf in our bedroom closet.
The next day while she slept, small inhalations

could incarnate on demand my favorite inch
of skin between her chin and neck. Judge not. Or judge

that part of love which, when adrenaline
and worry boil off, still wants some remnant, relic,

to itself. Elbows its way among the orthodox
for a glimpse of proof’s flimsy fabric.

Tonight, the monitor’s grainy military idiom
splays her on her side again, face hidden.

We lay wait in bed, weighing the brief relief
of confirming that she’s still breathing

against the catastrophe of her waking up
and make the incorrect and only choice:

you tiptoe in to check, wool-socked, but the door
still creaks. Accessory, I hang behind