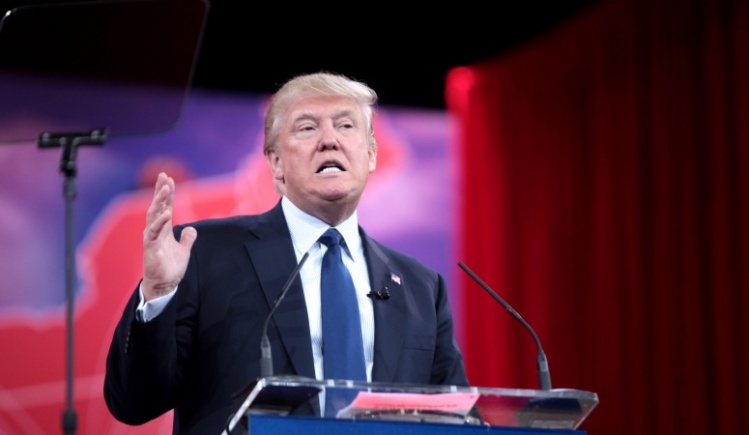 Last’s night’s Republican primary debate in Iowa offered a glimpse of what might have been: a nomination contest without Donald Trump. Yes, the candidates still gave the impression that President Obama has turned America into a dystopian hellscape. Yes, Benghazi again was mentioned. Yes, once more you could be forgiven for thinking ISIS was on the verge of conquering the United States. But somehow all this was turned down a few clicks; the tone was more civil, the exchanges geared more toward policy than insults. It was the most substantive GOP debate yet.

With Trump holding his own political rally a few miles away – it was billed as a fundraiser for veterans – the Republican debate took on a different dynamic than we saw over the summer and fall. While Ted Cruz and Marco Rubio’s sparring often dominated the debate, Trump’s absence meant that even candidates with lower polling numbers had a chance to press their distinctives. Without Trump savaging the Iraq War, Rand Paul’s foreign policy restraint stood out. Without having to fend off Trump’s petty personal attacks, Jeb Bush displayed his genuine decency and comparative moderation. Christie’s tough guy act didn’t have to compete with Trump’s. No one but Kasich really appealed to the working class. I suspect voters who haven’t made up their minds will give Paul and Bush another look: both gave their best debate performances of the primary.

Before the debate – especially as news came that a “frantic” Roger Ailes was trying to get Trump to return to the stage – I basically believed that Trump’s antics were another example of him being an “evil genius.” That is, I thought this was a bold stroke that had the possibility of redounding to his benefit just days before the February 1 caucuses.

Now I’m not so sure.

Or rather, I’m not sure if the effect of pulling out from the debate will be that it gained Trump support so much as that it stymied everyone else. While I have avoided reading too much debate analysis (I usually wait until my own take is posted), I saw a few headlines indicating Trump dominated the debate even in his absence. That’s not quite right. Apart from a few questions and pointed comments at the start, and the occasional mention during the debate, Trump was not a major point of discussion. His own rally, which I watched during the debate’s commercial breaks, felt boring. Nothing shocking happened. No surprises were revealed, unless you count the brief, awkward onstage appearances of Mike Huckabee and Rick Santorum. Trump’s rally felt less like an alternative to the debate than an obligatory gesture required by his showdown with Ailes. Trump had to do something. And what he did was safe. I don't think that was an accident.

The real significance of Trump’s absence was that it put pressure on Ted Cruz, the highest polling candidate who participated in the debate. And Cruz did not rise to the occasion. He complained about the moderators, and got booed for it. His jokes didn’t really land. The moderators (with some relish) noted that Iowa governor Terry Branstad would not be supporting Cruz. Cruz (along with Rubio) had to stand there and watch as Megyn Kelly played a series of clips showing various statements he’d made about immigration – it wasn’t very flattering. Without Trump, Cruz both lost the candidate he had been playing off of and took more hits than usual. While he did not perform disastrously – Cruz really is too talented a debater for that – he did not emerge from the debate unscathed.

Rubio perhaps only marginally helped himself last night. He was energetic, combative, and knows how to sling political mud. His attacks on Hillary Clinton especially drew cheers. He comes off as much better informed than most of the other candidates. Rubio also indulged in the most God-talk that I can remember him using in the debates, reminding viewers that Jesus came to earth to save us from our sins. It sounded like pandering to me, but then I’m not an evangelical from Iowa – such comments might resonate more than I expect. Still, Rubio’s immigration heresy haunts him, and I never got the sense he drew the sharp, memorable policy contrasts necessary to set him apart from the crowded field.

Maybe this is what Trump wanted: not to engineer a triumph, but for Cruz and Rubio to fight each other under the hot lights, and everyone else to jostle for positioning. Trump might not have gained support by skipping the debate, but there was no embarrassing video montage from Megyn Kelly, no withering attacks from Cruz, no comparisons with the better informed Rubio. With just days to go until the caucuses, and with Trump leading in the polls, that might be all he needed.

Why Americans Love the Pope