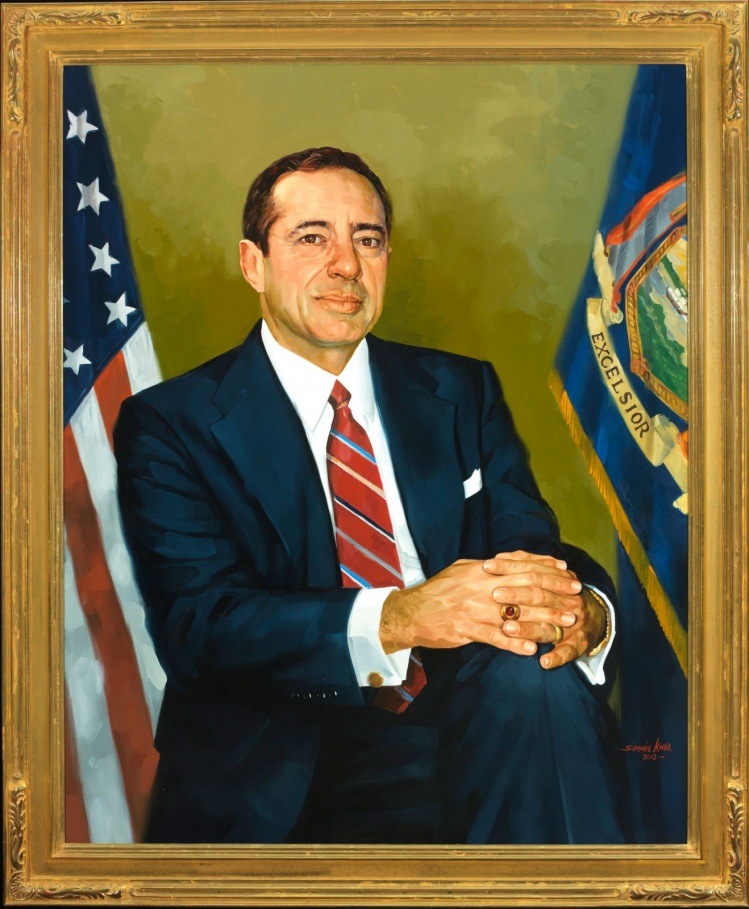 "I take my religion from Cuomo and my politics from O'Connor."

So said the great columnist Murray Kempton, his voice booming across the newsroom at New York Newsday. It was some time in the 1980s, and from my vantage point as a much younger reporter, it seemed that whether in church, state, media, law enforcement, politics, even ownership of baseball teams, New York was well stocked with larger-than-life characters.

One of those was former New York Gov. Mario M. Cuomo. With his death at the age of 82, I recalled Kempton's remark. I don't profess to know what Murray meant, but his comment seemed to capture one of Cuomo's attributes--his knowledge of the Catholic faith. (And Cardinal John O'Connor's ability with politics, too.)  I can't think of a major politician active today with Cuomo's ability to debate Catholic moral theology (which is not to say I agreed with him). And if he was at odds with Cardinal O'Connor over support for abortion rights, it didn't seem to hurt his standing with the bishop of his home Diocese of Brooklyn, Francis Mugavero.

In other ways, Cuomo's liberal politics in favor of the poor and immigrants were consistent with Catholic teaching, and he pursued these positions against an increasingly hard wind in the Age of Reagan. His opposition to the then highly popular death penalty was an act of conscience--we don't see much of that in contemporary politics--that his  opponents tried hard to exploit.

Cuomo was a complicated figure, and so is his legacy. Is it simply that he built a much larger state prison system?

An editorial in Newsday sums it up nicely (the link may not be accessible):

He was a leading voice of inclusion in a nation fast choosing up sides. And he showed that it was not just possible -- but politically advisable -- to crusade for the have-nots in our society while also celebrating and abetting the strength of the middle class.

But in a time of social confusion, financial distress and public angst, Cuomo provided the state and the nation with a strong moral compass. Over and over again, his simple yet powerful words reminded us of who we are as a nation and where we should be going.