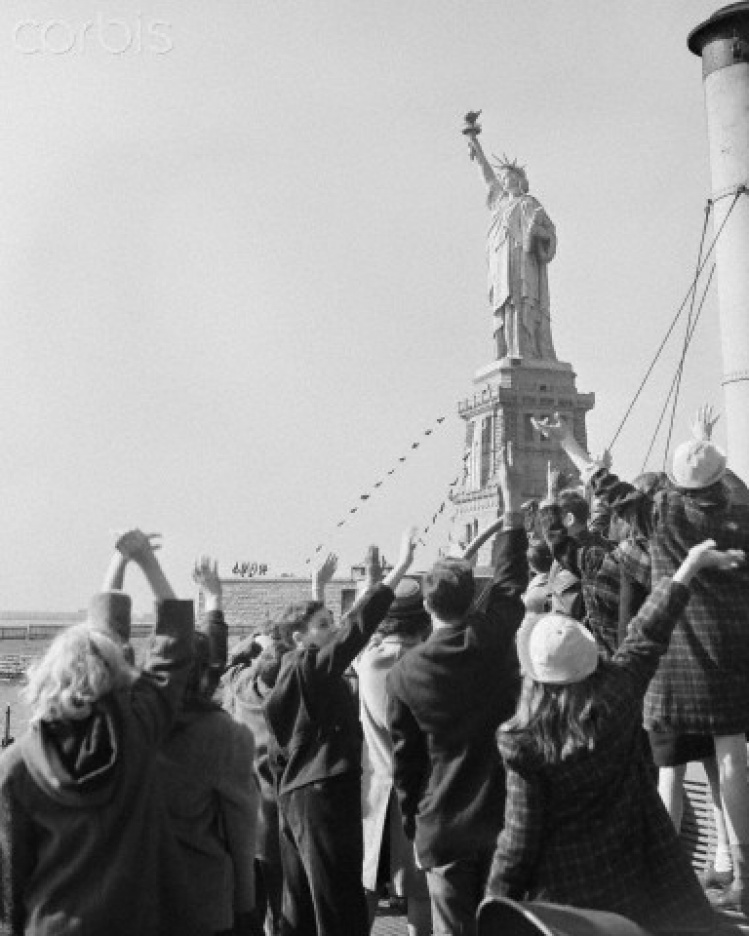 "Who's affected by the government shutdown?" "What does it mean for you?"

Those are the stories media outlets have ready to go today. There will be lots of worthy accounts. Already I got a text message from my best friend -- an Iraq veteran and cancer researcher in both the Public Health Service and the National Institutes of Health. "Not bad traffic today. LOL." Sometimes one has to laugh in the face of idiocy.

The NIH already suffered under sequestration, as Francis Collins tried valiantly to continue the world's leading medical research facilities despite across-the-board cuts. Also affected today will be the Center for Disease Control, the Environmental Protection Agency, and several other "common good" entities, the kind of organizations disrespected by the roughly 30 Republicans who shutdown the government last night.

As GOP insider Byron York noted yesterday, the Republicans overall did not want this.

This morning I'm wondering whom those 30 Republicans have in mind, when they think about the effects of a shutdown.

Do they ponder the Republican business-owner in Arizona, the one who has been trying to expand her workforce and do right by her employees, trying not to hire undocumented immigrants but also not to racially profile potential hires? Do they think of her, when she finds out that "E-verify" is not going to work this week?

Do they think of the Republican family of four from the midwest, they who saved up their money to give their oldest son what he asked for -- to visit the Statue of Liberty? Do they know that their mother went online months ago to reserve a prized set of tickets to go up into her crown? Do they know that boy is crumpled over in sobs right now at the ferry terminal because his family's 9:00 AM tickets are meaningless in the face of the red-letter signs: "IMPORTANT. GOVERNMENT SHUTDOWN"? Did they stop to ponder how much money they -- or any of the other 10,000 visitors per day to Lady Liberty -- spent on this once-in-a-lifetime trip to honor America?

Maybe the 30 radicals have forgotten the Republican business-owners in Estes Park, Colorado -- those whose town was ravaged by once-in-a-century floods, and whose federal aid is now at risk of drying up. As if that were not enough, Estes Park is one of many medium-sized towns in Republican territories that depend almost entirely on tourism to National Parks for their economy. Can Estes Park survive the floods and then the callous and unnecessary closing of Rocky Mountain National Park -- and that during fall foliage time?

Try giving a fear-mongering lecture on liberty vs. insurance marketplaces to the 700,000 daily visitors to our National Parks. The vast majority of citizens would shout it down. One of our 30 radicals could pick any one of the hysterical children at the gate of Yellowstone, Yosemite, or Glacier today. It's no big deal. They've only been saving and planning for this for years -- and been in the car for three straight days.

The other headlines we will see this week will talk about "gridlock" and "partisanship." That's journalistic malfeasance. It was estimated yesterday that over 175 Republicans in the House did not want this. Less than 10% of one chamber of Congress chose to do this.

But me, all I'm thinking about this morning are the kids crying at a barricaded gate, whether at a National Park or Battery Park -- kids merely wanting to see Old Faithful or Lady Liberty. I want those kids to feel the surge of patriotism that comes with America's open skies and open arms.

But they won't feel that love of country -- at least not today.

At Penn State, whom is the NCAA punishing?