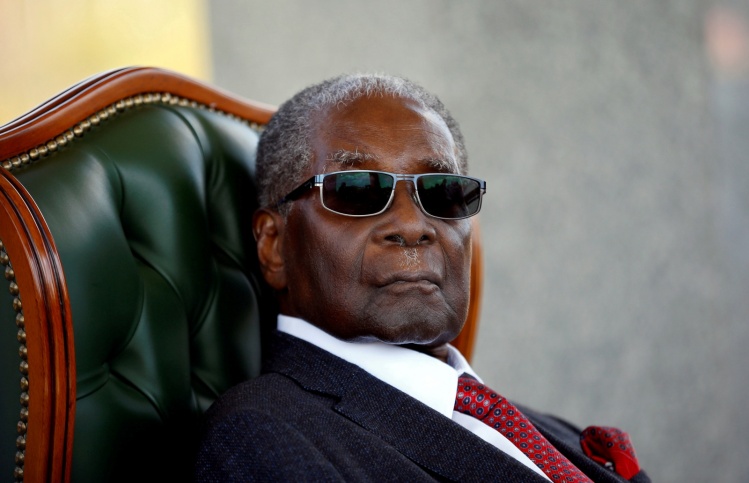 The death of Robert Mugabe, the dictator who ruled Zimbabwe with an iron grip for decades, was covered extensively in the media. He was ninety-five years old, and died in a medical clinic in Singapore, having finally been deposed as president by his own military in 2017. The Times devoted more than two pages to the story of his rise to power in the 1960s and ’70s as a charismatic revolutionary in white-ruled Rhodesia, a former British colony. Initially hailed as a visionary leader who sought to accommodate Rhodesia’s white minority, he became one of Africa’s most feared despots.

Educated by Irish Catholic missionaries, Mugabe was a bookish leader of the forces that finally succeeded in removing Rhodesia’s racist white regime after a bloody seven-year war. A peace settlement, which protected the rights of the white colonial minority, was agreed to in 1979. Mugabe won an election to become the renamed nation’s first prime minister, and later appointed himself executive president. Among his early achievements was an education system that helped create a substantial black middle class. Although Mugabe paid lip service to democratic procedures, it soon became apparent that he was determined never to relinquish power. He had no qualms about slaughtering his fellow black Africans or culling from his own ranks those he perceived as threats.

Rhodesia was among Africa’s most prosperous nations, rich in resources and fertile farmland. Most of the productive agricultural land was, of course, owned by white colonialists. As Mugabe consolidated power, he left economic arrangements largely intact for the first decade of his rule, showing little interest in land reform. Things changed dramatically by the late 1980s and ’90s, when corruption and the mismanagement of the economy brought about increasing poverty and widespread discontent. In 1991, confident he would win, Mugabe called for a referendum to extend his presidency. He lost, but refused to relinquish power. At Mugabe’s direction, white landowners became scapegoats for Zimbabwe’s decline, and their farms were violently confiscated. Soon the agricultural economy collapsed, inflation soared, and the country was reduced to destitution.

As Zimbabwe descended into penury, Mugabe tightened his grip on power, using the military to subjugate or kill his political rivals. He described himself as a Marxist-Leninist and a Maoist. His most feared militia was trained by the North Koreans. Two million Zimbabweans eventually fled the country, including much of the black middle class.

Revolutions are notoriously bad at discriminating between those who deserve retributive justice and those who don’t.
sharetweet

This is the story Peter Godwin tells in his extraordinary memoir When a Crocodile Eats the Sun, published in 2006. Godwin, the son of British colonialists, was born in Rhodesia, and spent his childhood and adolescence there before becoming a journalist who covered many of the liberation struggles in Africa for Western magazines and newspapers. His parents—his father was an engineer, his mother a doctor—arrived in Rhodesia after World War II, eager to find relief from the austerity of postwar England. They prospered, forging many deep friendships with native Zimbabweans. Although Godwin was conscripted into the Rhodesian army during the war of independence, his parents were liberals who supported black majority rule, as did he and his sisters.

First as a lawyer defending Mugabe’s rival black politicians, and then as a journalist, Godwin soon found himself at odds with the increasingly authoritarian regime. Mugabe held on to power by dividing the native population along tribal lines and ruthlessly persecuting his political opponents. His status as a hero of the anticolonial liberation movement insulated him from criticism both in Africa and beyond, despite the fact that he had turned his country into what Godwin describes as “an African Albania.” As early as 1983, Godwin reported on the massacre of black civilians who belonged to a rival ethnic group by Mugabe’s North Korean–trained troops.

Even after all these years, no one knows the final toll—somewhere between ten and twenty thousand people were killed, possibly more. The sheer scale and ferocity of the killings dwarfed anything that had happened in the independence war, but now there was little outcry and few reprisals from the international community. When my reports ran in the London Sunday Times, they brought death threats down on my head and forced me to flee the country just before being declared a foreign spy and an enemy of the state.

Over the next decades, Godwin managed to return to Zimbabwe periodically to visit his aging parents. He tells the harrowing story of how they were reduced to dire poverty while fending off attempts to steal what few possessions they had left. Godwin’s older sister Jain, along with her fiancé and his best man, were accidently killed by panicking Rhodesian soldiers in 1978 during the war for independence. Visiting her grave in 2003 in the midst of the country’s economic and social collapse, Godwin finds that the cemetery has become a latrine and the brass plaque marking her tomb has been stolen for scrap metal. This desecration seems to encapsulate the assault on basic human decency that marked Mugabe’s reign.

It is also while visiting his parents in the last years of his father’s life that Godwin learns of a well-kept family secret. His father, who seemed the very embodiment of the stoic and tight-lipped English gentleman, was in fact a Polish Jew who had been sent to boarding school in England in 1939 to escape the German invasion. Most of his family perished in the Holocaust. He had sought refuge in Africa from the horrors of Europe only to suffer a similar fate at the hands of Zimbabwe’s so-called emancipator. “How many generations will it take before the taste of colonialism has been washed from our mouths,” Godwin writes of his family’s complicity in colonialism but also their unjust persecution at the hands of colonialism’s successors. “I can’t bear the guilt, the feeling of responsibility. I can’t lug the sins of my forebears on my back wherever I go…. Like Poland was to him, Africa is for me: a place in which I can never truly belong, a dangerous place that will, if I allow it to, reach into my life and hurt my family. A white in Africa is like a Jew everywhere—on sufferance, watching warily, waiting for the next great tidal swell of hostility.”

Revolutions are notoriously bad at discriminating between those who deserve retributive justice and those who don’t. After her husband’s death, Godwin’s disabled mother is cared for by the black nurses she worked with for years at the local hospital. “I don’t ever want to find your mother by herself again,” the outraged head nurse tells Godwin. He takes some real solace from this act of “racial unity,” forged in opposition to the chaos and racial enmity Mugabe exploited. This simple human gesture was “something more substantial, a hard-won sense of comradeship, a common bond forged in the furnace of resistance to an oppressive rule.”