The Laureate of Loneliness 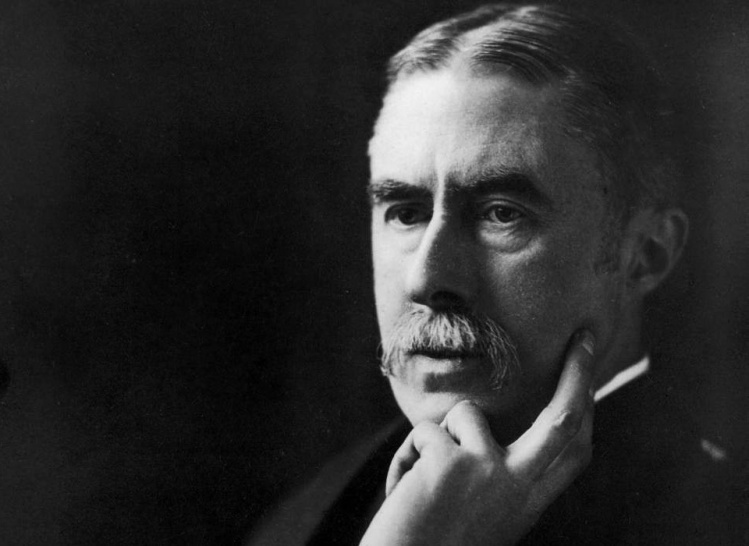 In his great essay “Inside the Whale,” George Orwell set out to make a case for the freshness of a writer named Henry Miller, in whom Orwell found a “friendly American voice, with no humbug about it, nor moral purpose, merely an implicit assumption that we are all alike.” The essay is in three parts, the first and last devoted to praising Miller; the middle (and most interesting) section consists of nineteen closely packed pages about English writers and their political and social attitudes in the 1930s. Though W. H. Auden looms large among them, Orwell begins with a poet very unlike the “committed” 1930s poets, and a long way indeed from Henry Miller: A. E. Housman.

In the years prior to and following World War I, Orwell writes, Housman had an influence, especially on adolescents like himself, that was as enormous as it was difficult to understand. In his own early manhood Orwell knew most of A Shropshire Lad by heart, as did many of his friends, and he cites, by way of explanation, the appeal of its “country” setting (those “blue remembered hills”), its pessimism, its cynicism about God, and its message that life is short and mainly not sweet.

Orwell seems uncomfortable about his romance with the poet, citing one of Housman’s most available poems—

With rue my heart is laden
For golden friends I had,
For many a roselipt maiden
And many a lightfoot lad.
By brooks too broad for leaping
The lightfoot boys are laid;
The roselipt girls are sleeping
In fields where roses fade

—then commenting that “It just tinkles. But it did not seem to tinkle in 1920.” Later he quotes a quatrain from another poem, notes its “exquisite self-pity,” then exclaims, in the most slangy English way, “Hard cheese, old chap!”

Evidently my own instructors in college and graduate school heard little more in Housman than that pleasant tinkle, and the modern poets I was introduced to—Yeats, Pound, Eliot, Stevens—manifested a subtler, deeper range of feeling and music. It was thus rather late in the game when I began to value the author of A Shropshire Lad, both as poet and as trenchant, mischievous essayist and letter writer.

These thoughts about Orwell’s placing of Housman and my own slow awakening to him were prompted by an excellent, wholly attractive presentation of his life and work by Peter Parker, a veteran literary man (biographies of Christopher Isherwood and J. R. Ackerley) who writes about his subject in such a way that suggests he is a good candidate for Housman’s ideal reader. In its combination of biographical and literary criticism, historical acuity, and finely tuned response to the “landscape” of Housman’s achievement, Parker provides an introduction to the poet that goes deep “into the heart of England,” as his subtitle has it. Seven chapters that constitute a first-rate short biography are followed by ones on English landscape, English music, and English soldiers, all part of Parker’s effort to explore the historical and cultural impact of the small but startlingly original body of poems—just three small collections—Housman gave us. (Parker includes the Shropshire Lad poems as a bonus.)

The world had gone awry for him as a young man and this was the starting point of his poetry.
sharetweet

The salient facts of Housman’ s early adult life were Oxford-related. There he met and fell hopelessly in love with Moses Jackson, a straight man who went on to marry and have children. And there he suffered a surprising failure in his final examinations—surprising, because earlier at Oxford Housman’s academic achievement had been solid. These two defeats behind him, Housman went to live in London, where he worked in the patent office and wrote a number of scholarly articles that eventually won him a classics professorship at University College. In 1895, in an extraordinary burst of creative energy, he wrote two-thirds of the sixty-three poems that would be published in A Shropshire Lad the following year. After a slow start, the book took off and by 1911 was selling an average of eleven-thousand copies yearly. Parker puts it succinctly: “The world had gone awry for him as a young man and this was the starting point of his poetry.”

A mere two slim volumes would follow, the second only after his death in 1936. Asked in 1910, when only A Shropshire Lad had appeared, whether a further book of poems was on the way, Housman responded—in typical sardonic mode—by comparing himself with the poet Thomas Gray, whose overall output was not large (“In barrenness at any rate, I hold a high place among English poets, excelling even Gray.”) It’s not always easy to parse Housman’s irony. Who knows, he may have been proud that a little book of sixty-three poems should have made such a stir; perhaps only a journeyman poet would need to follow it with a second.

I suspect that, like me, most readers of Housman Country will find themselves less than fully in command of the patiently detailed chapters Parker devotes to the landscape behind the poetry; nor will they be familiar with many, if any, of the great number of later musical uses composers made of the poems. (Housman himself had no ear for music, and paid little attention.) The chapter on English soldiers explores the homoerotic implications of the word “lad,” which crops up so often in Housman. In The Great War and Modern Memory, critic Paul Fussell defined “lad” as “a beautiful brave doomed boy,” and the doom that those boys experienced extends to shocking dimensions in the poems and memoirs of the Great War. Parker’s final chapter, “Aftermaths,” surveys instances of Housman’s continuing presence eighty years after his death.

Housman Country spurred me to think about how continuing a presence Housman is in my own reading life, going back at least to 1988 and Kingsley Amis’s assertion, in The Amis Anthology, that he was a great English poet. Amis included more poems by Housman than by any other poet, and placed his friend Philip Larkin’s exquisite brief poem “Cut Grass” squarely in the Housman tradition of stoic lamentation on the beauty and transience of nature. In my one visit to Housman country, I stood beside the English writer Julian Symons who, as we looked out at the landscape (was it the Wrekin, that hill of “On Wenlock Edge”?), quoted a stanza or two from Housman’s finest poem, “Tell Me Not Here, It Needs Not Saying.” The same year as Amis’s anthology, Christopher Ricks brought out an indispensable volume of the poet’s poems and selected prose, and introduced me to Housman’ s genius as a writer of light verse (“It is a fearful thing to be / The Pope. / That cross will not be laid on me, / I hope.”) Meanwhile, the scholarly labors of Ricks’s colleague Archie Burnett resulted in Oxford editions of the poems and of two enormous volumes of letters, many of them short indeed (“All right,” for example).

All these forces conspired to wake me up to Housman’s music. But my discovery of him most likely has a lot to do with growing old and finding myself now and then taking the long look back. Parker’s book is filled with testimony from and about young men who identified with the sentiments of Housman’s poems, indeed went off to war carrying a volume of them in their uniform’s pocket. In one of his poems he seems to speak for this youthful audience in a way young men could not speak for themselves.

Here dead lie we
Because we did not choose
To live and shame the land
From which we sprung.
Life to be sure,
Is nothing much to lose,
But young men think it is,
and we were young.

This poem was brought to my attention by a contemporary poet, Brad Leithauser; it was published only posthumously, as if Housman thought it not quite good enough for an earlier book. Did he not recognize it for the perfect thing it is?