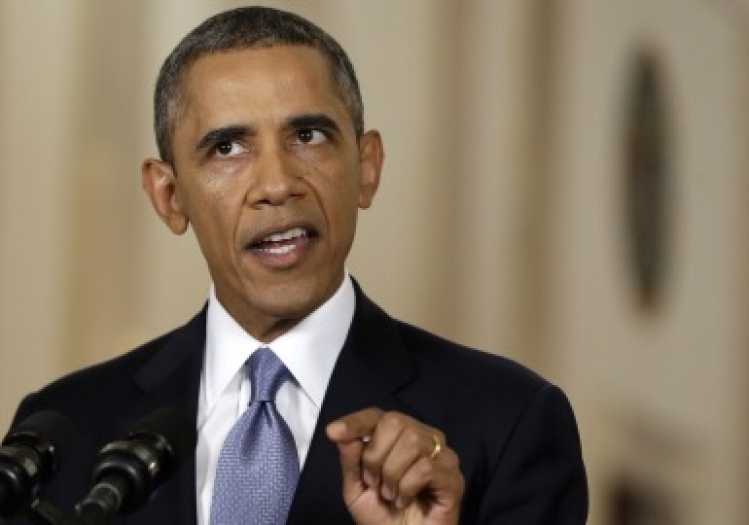 In the early morning of August 21, hundreds of Syrian civilians, including many children, died in a chemical-weapons attack near Damascus. The Obama administration claims that Syria’s president, Bashar al-Assad, is responsible for the attack, and—despite Assad’s strenuous denials and the resolute agnosticism of some of his allies—the available evidence is damning. According to U.S. intelligence reports, the Assad regime’s technicians had been preparing chemical weapons in the three days leading up to the attack. The rockets that carried the nerve gas were all launched from areas known to be held by the Assad regime toward areas known to be held by opposition forces. By the time the rockets landed, the regime’s personnel had reportedly prepared for it by putting on gas masks. The unprepared suffered horribly. Hospitals in Damascus received 3,600 patients presenting symptoms associated with exposure to nerve gas. By the end of the day, terrible images of people choking and foaming at the mouth had reached every corner of the world.

Among the bitter fruits of the Arab Spring—the chaos in Libya, the coup in Egypt—the conflict in Syria has turned out to be the bitterest. More than a hundred thousand Syrians have died; 2 million have fled the country. Until now, President Barack Obama has avoided getting drawn into what has become a civil war, offering only modest support to those elements of the opposition he thinks the United States can trust. (There are elements he knows it cannot trust, including Jabhat al-Nusra, a terrorist organization allied to Al Qaeda.)

But in August 2012 the president announced that the use of chemical weapons by the Assad regime would be a “red line” for the United States. This line is not arbitrary. Like nuclear and biological weapons, poison gas is indiscriminate, affecting combatants and noncombatants alike. That’s why the Geneva Protocol, to which Syria is a signatory, has banned the use of chemical weapons since 1928. The president has argued that the international community cannot allow anyone to violate this important international norm with impunity. Assad must therefore be punished for what he’s already done and deterred from doing it again. If we fail to respond with force, Obama argues, other rogue regimes may decide they, too, can get away with using such weapons against their own people.

To his credit, the president has put the question to Congress, so that our elected representatives can vote on what would be, by any ordinary definition, an act of war. If lawmakers refuse to authorize the use of force against Syria, the president should not press ahead. To do so, in defiance of Congress, would be to reduce democratic deliberation to theater. To his even greater credit, the president has asked Congress to delay its vote so that his administration can explore a last-minute diplomatic solution sponsored by Russia. But this new proposal may not work out. What should Congress do in that case?

If we had reason to be confident that bombing a few of Assad’s assets would save more Syrians than it would kill, then an armed intervention might be warranted. We don’t. Nor can we be confident that the military action the president has proposed would keep the Syrian government from using chemical weapons again. Everything we know about Assad suggests that he will do whatever he can to remain in power; if he thought his survival depended on it, he probably wouldn’t hesitate to use whatever chemical weapons he had left. For all anyone knows, a U.S. airstrike might even provoke him to use such weapons again sooner, either in desperation or in a show of defiance. Of one thing, though, we can be confident: However carefully we target our missiles, they will end up killing innocent Syrians. A head of state who is willing to gas his own people is not above using them as human shields.

But even if a U.S. strike does succeed in getting Assad to stop using chemical weapons, he will likely continue killing indiscriminately with conventional weapons. And what will we do then—allow him to go ahead as long as he keeps the nerve gas locked up? What kind of message would that send? And what will happen to Assad’s chemical-weapons stockpile if our military action leads to victory for the rebels, as it may? After all, we can’t hurt Assad without helping his enemies, and some of his enemies are ours too.

In short, good intentions are necessary but not sufficient. We must also consider, insofar as we can, the likelihood of the various possible outcomes. And insofar as we can’t do this, for lack of enough information, we ought to exercise extreme caution. To borrow the language of a failed interventionist, when the known unknowns greatly outnumber the knowns, the United States should hold its fire—especially when there’s no immediate threat to our national security. The administration’s experts are insisting that they’ve already considered all the risks and that the rest of us should trust their judgment. After the misadventure in Iraq, we nonexperts have every reason to be skeptical.