Zero and 9.1. Those figures aren’t the won-lost record of the Boston Red Sox during the final week of this year’s baseball season. They are the Labor Department’s statistics for the number of jobs created in August, followed by the official unemployment rate for the same month.

No wonder President Barack Obama belatedly hastened to propose a major job-creation plan to a joint session of Congress. Unfortunately, real unemployment is worse than the figures reported, for the official number did not include those people who gave up looking for work in August because they were too dejected to try. While 9.1 percent was an improvement over the rate a year ago, it was anything but reassuring—for the White House or the millions of unemployed Americans and their families.

More alarming is that the job market has now soured in the South and the West as well, regions that had better withstood the recession. Of the five states with the highest unemployment rates in August, only one, Michigan, was a rust-belt state. The others were Nevada, California, South Carolina, and Florida. Since 2007, the end of the so-called Bush recovery that followed the dot-com recession, real household income has fallen across the board. That period of recovery, now called the “lost decade” by some economists, was the first to end with higher poverty rates and lower median incomes than it started with.

The average two-parent family is clearly having a harder time making ends meet. Recent census data indicate household income fell in every region between 2007 and 2010, in part because the income for full-time male workers declined. Using constant dollars, even those lucky enough to have work earned less last year than their counterparts in 1973.

Still, the gradual decline of the middle class has been minor compared to the problems experienced by those who fell into poverty during the same period. Recent census data show that the number of Americans living below the poverty line ($11,139 for an individual, $18,310 for a family of three) reached 46.2 million in 2010, the highest number since 1959 when the Census Bureau started keeping such figures. The vaunted War on Poverty, initiated when Americans were appalled to learn just how many fellow citizens were dirt poor, now seems to be in full retreat. In fact, the number of those whom the government describes as living in “deep poverty”—the 20.5 million Americans whose income is less than half the poverty rate—is the highest it’s been in thirty-six years.

Unsurprisingly, this lack of work and diminished income falls heaviest on minorities, children, and single mothers. Blacks continue to experience the highest poverty rate: 27 percent, up from 25 percent when Obama took office. In New York City, black unemployment (12.8 percent) is more than 5 percentage points higher than that of whites. Meanwhile, 30 percent of the city’s children live in poverty, and in the Bronx (the poorest urban county in the nation), the poverty rate for single Hispanic mothers is more than 57 percent.

The same trends are apparent in smaller cities and even in the suburbs. Reading, Pennsylvania, a city of 88,000, has seen its poverty rate jump 6.8 percent since 2007 when local manufacturing plants closed. The rate is now 41.3 percent. In the nation’s suburbs, the Census Bureau reports, poverty has reached 12 percent, the highest level since 1967. Still more alarming, a Brookings Institution report cautions that if present unemployment rates were to persist into the middle of this decade, 10 million more people will be added to the ranks of the poor.

The government cannot create all the jobs required to turn the tide against poverty—nor would the present political climate allow for it. But with the economy most in need of manufacturing and construction jobs—which provide a ripple effect in creating other jobs—government support for infrastructure construction is critical. Government can and must help in other ways, too. As the Economist reports, were it not for federal unemployment assistance, another 3.2 million Americans would be in poverty. Were it not for the federal food-stamp program, 45 million would be going hungry.

None of this is enough without more jobs. President Obama is right to lead the charge, and to emphasize education, retraining, and infrastructure repair as key components of that effort. JP Morgan Chase predicts that if the president’s new jobs plan were implemented, growth next year would increase by 1.9 points and 1.5 million jobs would be added. The president’s own job may to be riding on it. If that fact impels him to focus his attention on this problem and to rally Americans to put pressure on Congress, all the better.

Related: Help Wanted: Too Many Workers, Not Enough Jobs, by Frank Stricker 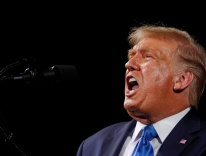 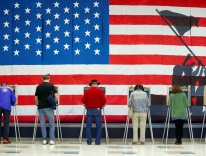 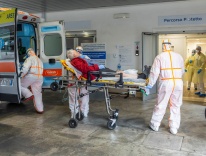