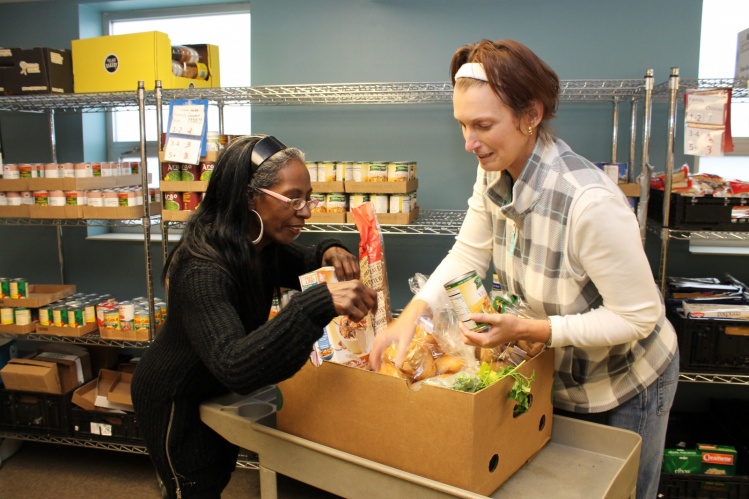 Watching the mindless partisanship and debilitating dysfunction of the U.S. Congress, it can be easy to forget that lawmakers wield enormous influence over such basic concerns as whether a family eats a healthy meal. A vital program, the Supplemental Nutrition Assistance Program (SNAP), is now threatened by ideologues in the House of Representatives whose cruelty is only matched by their willingness to ignore practical effectiveness. In the ongoing conference negotiations over the farm bill, which funds SNAP, House Republicans are pushing to take away food assistance from 2 million struggling people through punitive and untested work requirements.

If critics of SNAP can’t be persuaded by appeals to basic human dignity, then what about common sense? SNAP is effective. Taken together, economic security programs such as SNAP and rental assistance lifted 36 million people above the poverty line last year, including 7 million children, according to census data analyzed by the nonpartisan Center on Budget and Policy Priorities. Private charities and faith-based agencies do essential work, but SNAP plays an indispensable role in preventing hunger. SNAP reductions in the original House version of the Farm Bill would cut 13.1 billion meals over ten years. Charity alone can’t come close to closing that gap.

Americans who live one medical emergency or rent hike away from poverty don’t deserve another burden placed on them by politicians claiming to defend family values.
sharetweet

As the U.S. Conference of Catholic Bishops and Catholic Charities USA said in a joint statement: “Access to food is a fundamental right.” For a modest outlay—averaging about $1.40 per person for each meal—SNAP has an outsized impact. Most recipients are children, seniors, or people with disabilities. House Republican efforts to take away food assistance from people who don’t meet a work requirement should be opposed; most SNAP recipients who can work already do so, and in many states, people without children who are not working twenty hours a week are limited to three months of benefits. Lawmakers who now want to impose work requirements on parents with children as young as six are simply putting ideology and politics before feeding kids.

Anti-government insurgents in the conservative movement have long demonized the poor and working poor, especially in election seasons, and often with racist dog whistles and other coded appeals intended to divide voters. Ronald Reagan’s mythical “welfare queen” perpetuated the absurd fiction that a profligate government was bankrolling lavish lifestyles. During the 2012 presidential campaign, Newt Gingrich bashed Barack Obama as the “food stamp president.” House Speaker Paul Ryan has ignored evidence of how effective safety-net programs are at keeping people out of poverty, deriding them as “hammocks” that “lull able-bodied citizens into lives of complacency and dependency.”

Though Democrats typically avoid such obvious attacks on the poor, they also seem reluctant to talk directly about poverty and structural inequality at all, calibrating messages and policies to appeal to what they think middle-class voters want to hear. Bill Clinton’s “welfare reform” succeeded in pushing people off state rolls, but at a cost: many were left in poverty when unable to find living-wage jobs. In the Trump era, we now have a self-styled “populist” who governs as a plutocrat. Trump touts new work requirements for SNAP that will fall hardest on those already struggling, after having rallied Congress to grant massive tax breaks to millionaires, billionaires, and corporations. In contrast to the House’s extreme legislation, the farm bill that passed the Senate in June included bipartisan support for reauthorizing SNAP in responsible ways, including expanding a 2014 pilot program to test approaches to job training, and making targeted investments in SNAP that would help seniors and people with disabilities.

Americans who live one medical emergency or rent hike away from poverty don’t deserve another burden placed on them by politicians claiming to defend family values. Hunger is not a partisan issue. Food-nutrition programs honor human dignity and are proven to be effective. Congress should protect them.