'The Harp of Prophecy' 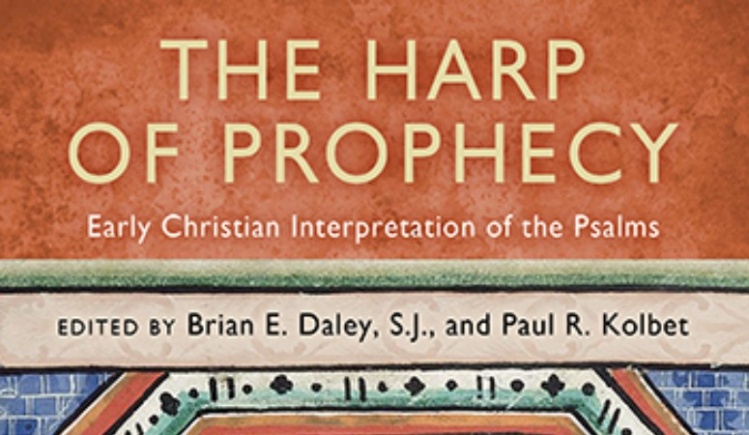 Recovery of patristic biblical interpretation over recent decades has been an unequivocally positive contribution to the renewal of theology. The pioneering work of von Balthasar, de Lubac, Danielou, and others before and during Vatican II prepared the way for an even more vigorous, extensive, and detailed analysis and appreciation of patristic exegesis among contemporary scholars. It also helped provide a way past the theological road-block imposed by the hegemonic historical-critical method of the academy. Given the importance of the Psalms for the writers of the New Testament and in subsequent Christian thought and prayer, it is surprising that sustained scholarly attention to patristic interpretation of them has been so neglected. But the twelve scholarly essays that originated in a conference at the University of Notre Dame in 1998 and were then gathered into this volume compensate considerably for the delay.

The collection provides readers with a range of patristic authors (from Origen to Maximus the Confessor) and approaches to the Psalms. After an overview of the use of the Psalms in early Christian life (Brian Daley), and the suggestion of a patristic—and rabbinic—solution to the hermeneutical problems posed by the imprecatory Psalms (Gary Anderson), two essays focus on the ascetical appropriation of the Psalms by Athanasius (Paul Kolbet) and Evagrius (Luke Dysinger). Three provide distinct readings of Psalm 45 by Basil (Nonna Harrison), Ambrose, Jerome, and Augustine (David Hunter), and the representatives of the Alexandrian and Antiochean traditions of interpretation, Cyril and Theodore of Mopsuestia (Ronald Cox). Two essays concentrate on Augustine’s hermeneutical principle of the Totus Christus (Michael Cameron and Michael McCarthy). Finally, the distinctive approaches of Theodoret and Maximus are examined respectively by John O’Keefe and Paul Blowers.

For scholars interested in the history of theology and biblical interpretation—if these can actually be distinguished—each of these studies is worth reading, even when the tiresome academic preoccupation with gender, politics, and social theory occasionally intrudes. Two impressions drawn from the collection: (1) the influence of Hellenistic moral philosophy and rhetoric on the fathers is everywhere evident: there is direct continuity between the moral discourse of Greco-Roman popular philosophy and the ascesis of Athanasius and Evagrius; (2) the long-standing distinction between the Alexandrian and Antiochean schools of scriptural interpretation is real and valid, but also needs to be qualified by careful attention to individual interpreters: the case of Theodoret is particularly instructive. The only essay in the collection that is almost unreadably recondite and technical is the effort by Ronald Heine to reconstruct Origen’s prologue to his Caesarean commentary on the Psalms. But as the full set of scholarly notes indicates, all of these studies—with the exception of Daley’s straightforward survey—are clearly directed more to other experts than to the general reader. A fine bit of lagniappe, however, is provided by an appendix listing all early Christian commentaries on the Psalms, together with available English translations.

How Is the Bible True?