What If?
By David Mills
Donald Trump
War and Peace
The Last Word 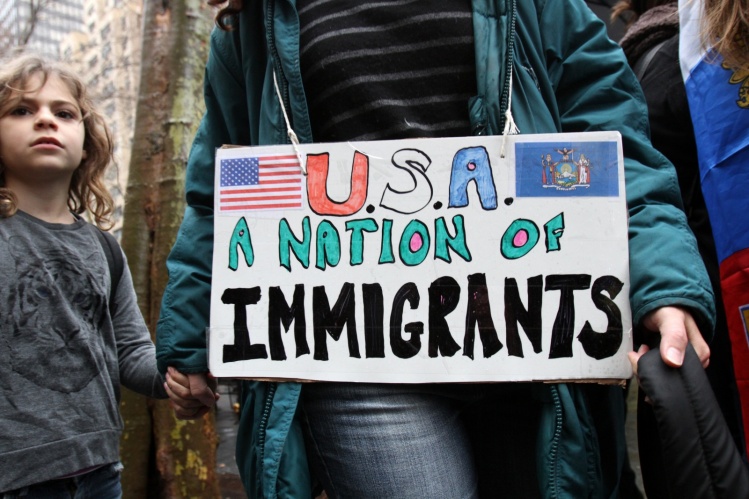 He won’t go to the Humane Society because seeing all the dogs without homes makes him too sad. He will watch nerdy YouTube videos on history or space or giant ships for hours. Our youngest, at nineteen, isn’t exactly “special,” but he lives at some distance from the world the rest of us live in. For years I would have to say, “This universe, sweetheart,” when he drifted away.

It’s Jonathan I think of when I see a headline in a Foreign Policy mailing asking when Trump will start his first war, or when I read about one of his advisors ranting about Iran, or see the president’s latest belligerent tweet. America has a history of starting unjustified wars with more stable men in the Oval Office. What the country will do when led by a man of impulse and appetite no one knows, but it will be worse.

I know the chances of this are very small, but I still wonder what I would do if Trump started a war and reinstituted the draft, and Jonathan was drafted. Military training would destroy him, even if the Army failed to turn a gentle, distracted soul into a soldier. The war would almost certainly be one I could not support. Having grown up at the end of the Vietnam War, I had the formative experience of seeing my country wage a war incompetently and with insouciant disregard for the loss of American and Vietnamese lives. New wars must meet a high standard of necessity and justice.

We would tell him not to serve. Would we help him go to Canada? Mexico, maybe? Europe? I wonder what sort of life he would have, supported by his parents, unable to take all the steps to living an adult life because as an alien he couldn’t get a normal job. And would he be able to come back some day, or would a vindictive state keep him out? I probably won’t have to think about this, but I might. It’s at least a helpful thought experiment.

To turn to a more likely possibility, what if we have an immigrant family visiting, and ICE agents come to the door and demand the father, or perhaps both parents, or even one of the children? Would I admit they were inside, and would I let the agents in? In theory, I accept that a nation must control its borders. But were the ICE agents at the door demanding one of our guests, I’m sure I would refuse to say whether he was inside. Not because I deny the agents’ legal authority. I would refuse because I’d remember the cruel and unnecessary way that agency has treated immigrants, the way it ignores their rights when it can get away with it, the cold way it breaks up families and targets people it could just as well leave alone.

To refuse to cooperate with ICE in such a case would be to side with the powerless subjected to the effects of a demagogic campaign appeal and a publicity stunt. It would be to demand justice for the weakest in a cynical arrangement by which America benefits from these immigrants while keeping them in fear. They do the jobs no one else wants and provide the flexible labor pool U.S. companies want, and when they’re not needed they can be sent away. America is only selectively worried about illegal immigrants. The policy is unjust and ICE enforces the injustice.

I don’t think I’m unusual in being a father who had expected to live a life in conformity with the law and broad comfort with the society in which he was raising a family. Even the Marxist professors in the college town where I grew up expected this. One might have severe criticisms of various agents of the state and even of the society itself, but none of that meant a settled position of resistance or serious thoughts about disregarding the law. One assumes that the injustices of one’s own country are the kind inevitable in a fallen world—to be lamented, certainly, but never requiring open defiance.

Suddenly, I can imagine having to live in open defiance. One part of the problem is that our new president doesn’t seem to care about the truth. He does what he does, says what he says, and never lets an inconvenient fact get in the way. The other part is that the president and his party in Congress seem to have no concern for the common good, no sense of solidarity with the poor—life’s “losers,” as Trump might call them. He believes in a preferential option for the successful.

I think about Jonathan often as I read the news. He comes to adulthood in a world his father didn’t expect. It may force a choice between being a good American and being a good father, and I’m a father first.