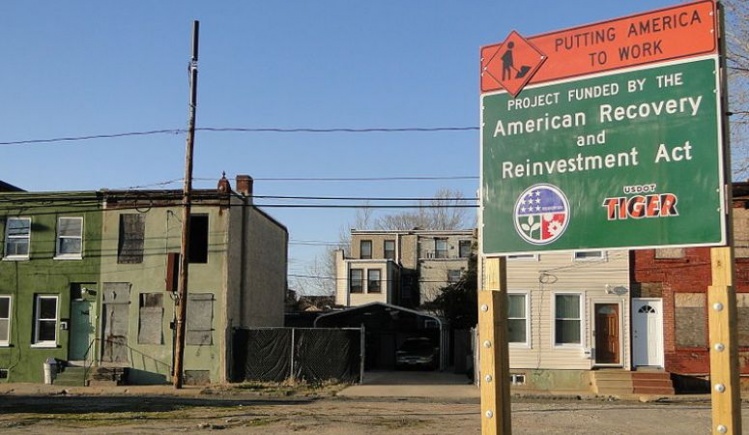 It was at about this point in the 2008 election that Lehman Brothers declared bankruptcy, insurance giant AIG collapsed, and the Dow Jones Industrial Average suffered its largest single-day loss in history. The alarming sequence of events marked the beginning of the worst economic crisis since the Great Depression and by some accounts turned voters away from Republican candidate John McCain, whose fumbling response included the decision to temporarily suspend his campaign.

In September 2016 the news is far more reassuring: the latest U.S. Census report shows that median U.S. household income in 2015 posted the largest single-year increase since tracking began in 1967, with households at every level achieving gains. The report also shows the steepest decline in poverty in decades, as well as a substantial increase in the number of Americans covered by health insurance. These figures are rightly seen as a significant milestone in the long road to economic recovery since the crash of 2008, and the Obama administration has justifiably credited the Affordable Care Act and the Federal Reserve’s decision to keep interest rates low for the improvements.

Any sign that more Americans are benefiting from the recovery should be taken as good news. But it is unclear whether it will influence voters in this year’s election, which is taking place not only in the lingering shadow of recession but in an economy that has changed dramatically over the past half-century. Manufacturing jobs that helped build the middle class have long since gone abroad or been automated, safety-net programs for the poor have been weakened, and real wages remain lower than they were in 1999. The gap between the wealthiest and poorest Americans continues to expand, a trend that began in earnest during the Reagan administration and shows no sign of slowing. Today, the average annual household income of the top 5 percent is $350,000, while for the bottom 20 percent it’s $12,000, less than half the poverty threshold for a family of four. Firsthand accounts from those who’ve been left behind—in cities, suburbs, and rural areas—serve as troubling, powerful reminders of the pain and dislocation millions of Americans are still experiencing.

Those seeking help from outside the political establishment will not find it in the ever-changing, poorly detailed proposals of Donald Trump. His latest offering is a stew of debt-financed tax reductions for corporations and the rich, regulatory moratoria, and the ridiculous promise of 25 million additional jobs in the next decade. There aren’t even that many potential workers in the U.S. labor force; perhaps the only way to reach that number would be through a significant increase in immigration—an option Trump has discounted since his first repugnant utterances on the subject.

Hillary Clinton, in contrast, has advanced serious, detailed plans, building in part on Obama’s successes while borrowing ideas from Bernie Sanders, such as support for a public option in health care and free college tuition. But she has not pushed them with the clarity needed to cut through the clamor of this campaign. She also shares with her opponent a regrettable reluctance to talk explicitly about poverty. Her plans for affordable housing and a higher federal minimum wage would likely help the poor, but her rhetoric has focused on the middle class. She and other Democrats have a responsibility to explain how their policies would affect the most vulnerable Americans.

Regardless of who takes office in January, improving the well-being of as many Americans as possible requires an honest reckoning with the fact that economic conditions are fundamentally different than they were in the past, beginning with employment. American workers need help adjusting to rapid technological change and competing in the global economy; they need jobs that afford them dignity and security. Yet among the thirty-five countries in the Organization for Economic Cooperation and Development, the United States ranks second from the bottom in funding workplace-skills development and training. Clearly more action is needed on this front. In addition, new spending on infrastructure would provide an immediate economic boost through higher employment, as well as longer-term gains thanks to improved productivity and efficiency. Corporate governance reform, further expansion of health insurance, and a commitment to strengthening Social Security are also necessary. The census report shows how far the economy has come since 2008. But it is also a reminder of how far it has to go.