Lip Service but Little Help for the People Who Need It
By E. J. Dionne Jr. 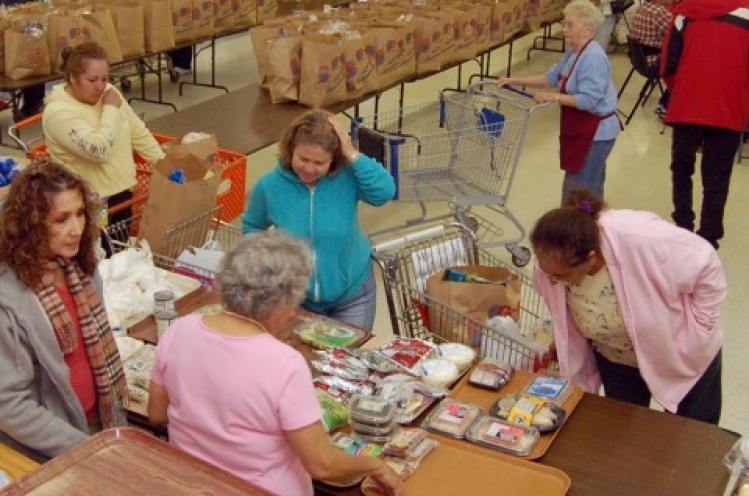 How often can we hear that government should be more responsive to the problems Americans face now? But the vogue for simply assuming that government cannot -- or should not -- do much of anything about those problems leads to paralysis. This, in turn, further increases disaffection from government.

For all these reasons, it was exciting last week to see Sen. Kirsten Gillibrand of New York and Rep. Rosa DeLauro of Connecticut introduce the FAMILY Act, the acronym standing for their Family and Medical Insurance Leave Act. The bill would provide partial income for up to 12 weeks of leave for new parents and for other family demands, including care for a sick family member or domestic partner.

How far behind the rest of the world is our country on this quintessential family values matter? The Washington Post’s Amy Joyce cited a Harvard University study in 2004 noting that of 168 countries it examined, 163 had some form of paid maternity. We weren’t one of the 163. Joyce observed that “the U.S. is on par with places like Papua New Guinea and Swaziland when it comes to paid family leave.”

The usual knock on proposals of this sort is that they would put an excessive economic burden on employers -- or cost the federal government money it doesn’t have. Gillibrand and DeLauro, both Democrats, solve this problem by establishing FAMILY as an insurance program. Premiums would range from about $72 to $227 a year, depending on a person’s income. The maximum benefit is capped at $4,000 a month. They expect the average monthly benefit to be less than half that.

There is nothing revolutionary about this proposal. It builds on the existing (and highly popular) Family and Medical Leave Act, which requires unpaid leave and was enacted two decades ago. It is modest in comparison with leave policies in other well-off countries.

Yet in light of Congress’ dismal record since the Republican takeover of the House in 2010, it would be revolutionary to see any law passed that empowered individuals and families to ease their everyday difficulties.

Our current discussion of what constitutes “freedom” is shaped far too much by a deeply flawed right-wing notion that every action by government is a threat to personal liberty and that the one and only priority of those who care about keeping people free is for government to do less than it does.

This ignores the many ways over the course of our history in which government has expanded the autonomy of our citizens. Consider how much less freedom so many of us would have without civil rights or voting rights laws, without government student loans, without labor laws, without public schools, and without Medicare, Medicaid, and Social Security. (And we don’t take seriously enough the implications of a most basic fact of our national story: that it took big government in Washington to outlaw slavery.)

Gillibrand’s role in championing this proposal also deserves attention. She is known nationally for her battle on behalf of victims of sexual assault in the military. But she has put forward five bills labeled as an “American Opportunity Agenda.” All of them involve ideas that have won broad support over many years. Besides pressing for family leave, she is calling for a minimum wage increase, affordable child care, universal pre-K programs, and equal pay for equal work.

At a time when the political news is dominated by a debate between do-little conservatism and do-nothing conservatism -- which is to say, between a right-tilting Republican establishment and the radical tea party -- Gillibrand’s package includes building blocks for a broader counter-vision inspired by the idea of an Empowering Government.

Yes, we need to protect what the philosophers call “negative liberty.” There are, indeed, many things that government should never be able to do to us. But we need to think more about “positive liberty,” the ability to realize certain goals in our lives. Democratic government can create the framework in which we have more power to reach those ends.

And surely a country that honors the devotion of family members to each other should want to make it at least a little easier for them to do their jobs.