Easy for Him to Say 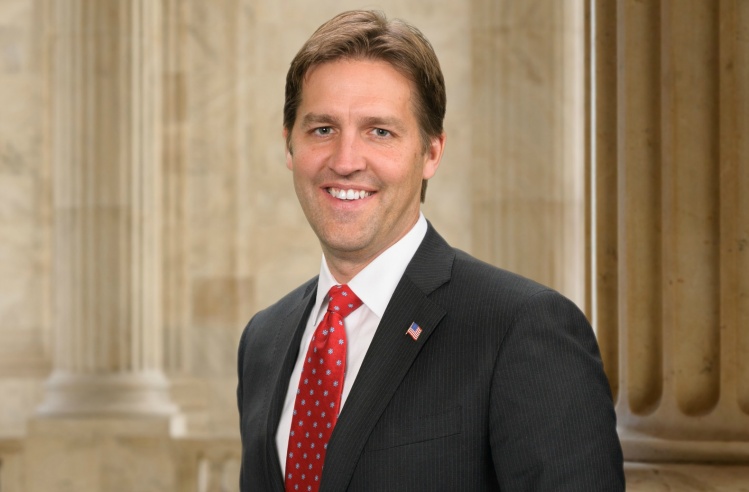 The American family faces two crises in this second decade of the twenty-first century. One is exaggerated if not altogether imaginary. The other is very real.

The exaggerated crisis involves the ostensible immaturity of millennials. According to a popular genre of social commentary, Americans between about eighteen and thirty-five are entitled and lazy. Academics worry that students raised on video games will never acquire the habits of study. Business websites feature reports of junior employees who expect afternoons off to play Quidditch. Moralists foresee a world in which dating apps and pornography replace courtship and marriage. Political and religious leaders fear a breakdown of civil society.

Whatever their focus, prophets of generational doom tend to blame millennials’ parents. By shielding children from pain and failure, the argument goes, overindulgent mothers and fathers have created a generation of narcissistic wimps—too little discipline, too many participation trophies.

Except that the data do not support this conclusion. Although such matters resist systematic investigation, studies suggest that millennials are not so different from previous generations in their attitudes toward study, work, and society. Attitudes are not the same as action, but in some respects—such as drug use and sexual conduct—younger Americans appear to be more responsible than their parents.

The difference between caricature and reality is particularly stark when it comes to the college-educated young people who receive the most media attention. Outrageous anecdotes about millennials majoring in puppetry or bringing their parents to work may be true, but are also unrepresentative. If current trends hold, most members of this cohort will get decent jobs, form stable families, and become responsible citizens. The kids satirized by the HBO series Girls are going to be all right.

The real crisis is a long way from hipster Brooklyn or the archipelago of affluent suburbs and selective colleges that supplies much of its population. From old-style ghettos to farmlands to decaying factory towns, the family itself is being liquidated. Over the past several decades, nonmarital childbearing, divorce, and sporadic employment have become the norm among Americans without a bachelor’s degree. Millennials who grew up under these grim conditions aren’t the products of helicopter parenting. In too many cases, they didn’t get much parenting at all.

Ben Sasse is the junior senator from Nebraska. Not yet fifty years old, he has already served as president of Midland University, served in a variety of posts in the George W. Bush administration, and earned a PhD from Yale and an AB from Harvard. During the presidential campaign, Sasse was among the leading Republican opponents of Donald Trump. Although his criticism has been muted since the election and he has consistently voted to support Trump’s nominations and agenda, he remains a rising star among dissident conservatives.

Sasse is also a devoted father who is deeply concerned about the problems facing American families. According to Sasse, “our entire nation is in the midst of a collective coming-of-age crisis without parallel in our history.” Part social commentary, part self-help guide, The Vanishing American Adult explains the approach that he and his wife use to raise confident, self-reliant children despite busy schedules and all the temptations of modern life.

Sasse urges parents to prepare their offspring for adulthood by allowing them to take risks and bear responsibilities while still young. Among other strategies, he recommends age-appropriate caregiving tasks, paid work, and independent travel. A child is close to grown, Sasse proposes, when he or she can change a diaper, hold down a job, and survive a few days alone on the road.

In addition to these relatively mundane accomplishments, Sasse contends that children should be encouraged to reflect more deeply on the human condition. Although he thinks classroom education offers diminishing returns to many students, Sasse avoids the disdain for learning expressed by his senatorial colleague Marco Rubio, who quipped that we need fewer philosophers and more plumbers. Following the lead of popularizers like Mortimer Adler, Sasse argues that great books and big ideas are for everyone. He recommends that families build a “family canon” of texts that matter to them, making sense of their own lives by discussing what should or should not be included.

Sasse provides more advice in this vein, all of it pretty good. Indeed, it’s hard to muster objections to his goals or suggestions for achieving them. Sasse’s tributes to the homespun virtues of Nebraska farmers can be cloying and his forays into sociology sometimes rely on cherry-picked evidence, but who doesn’t wish their children were more independent, responsible, and thoughtful? Who doesn’t want to spend more time engaged in cooperative activities and less looking at screens? For many parents, Sasse’s concrete suggestions will serve as a checklist for treating incipient “affluenza.” In that respect, The Vanishing American Adult can be described as a success.

Sasse barely acknowledges the obstacles that prevent other parents from following his recommendations.
sharetweet

The problem is that Sasse barely acknowledges the obstacles that prevent other parents from following his recommendations. It’s not that they don’t know what to do. Rather, they lack the time, money, and education that would allow them to follow Sasse’s lead. Because it presumes married parents with substantial social and financial resources to devote to their children, The Vanishing American Adult is a response to the exaggerated crisis of relatively well-off families. It has little to say about childrearing in circumstances of personal instability and economic deprivation.

Consider Sasse’s discussion of travel. As examples, he cites one friend’s family camping trips across the country, another’s time as a language student in Ecuador, and his own youthful vacations to Florida and a gap-year spent backpacking in Europe. Sasse vividly describes the moderate discomforts and inconveniences that characterized some of these adventures. But he reports learning lessons “far more transformative and educational than any year of my college classes.”

There is no reason to doubt Sasse’s recollection or the educational value of travel. It is striking, however, that he does not stop to consider how unusual his experiences were. Sasse’s parents were not rich. But they apparently took for granted a home that they owned, a reliable car for local travel, and a bit of extra money for airfare as an occasional treat.

These advantages were surely modest in comparison to those enjoyed by people Sasse would go on to encounter at Harvard, Yale, and the U.S. Senate. For a growing number of Americans, however, the middle-class security that provides the background to his success would seem almost utopian. Fifty years ago, the author of a book on parenting advice could assume that most readers would have—or could reasonably expect to acquire—a secure job, affordable mortgage, and stable family in which all the children were the products of a legal union between the father and mother. That is no longer the case.

As a result, Sasse’s recommendation of travel as an occasion for personal growth is beside the point. It’s most available to the children who least need it. Probably the children of affluent families would be better off backpacking and camping, like Sasse, than enjoying luxurious accommodations. But they are not the ones we need to worry about.

Related objections could be raised to Sasse’s discussion of education. It seems never to have occurred to his own parents that young Ben would not go to college. As a high-school teacher and athletics coach, his father may also have known something about how to navigate the application and recruitment process. Sasse presumes that readers of this book have similar experiences and knowledge, which they can use to make up for the real deficiencies of formal schooling.  His own children are homeschooled by his wife Melissa, who worked as a teacher in Boston and New Haven.

But few parents have the knowledge or experience to build the kind of curriculum that Sasse recommends—or even to supplement the teaching and services provided by public schools. As such, his exhortations to engage in family study of great books rings hollow. Apart from the intellectual background, who has the time? Not single parents or those who struggle to pay the rent.

As with travel, then, Sasse focuses on the problems of families with the fewest problems. Rather than addressing the state of the family among the poor and the disintegrating middle class, The Vanishing American Adult deals almost exclusively with the challenge of affluence: how can we prevent children who have it all from becoming the sort of people who act like they have it all?

This perennial challenge is not imaginary, yet Sasse does not demonstrate that it is especially pressing right now. Again, the evidence suggests that the children of married parents with college degrees will also acquire college degrees and get (and stay) married. Their own children will probably do the same. The true coming-of-age crisis is found among people who stand outside this virtuous cycle. Figuring out how to bring them back in would require a different sort of book.

The Vanishing American Adult
Our Coming-of-Age Crisis—and How to Rebuild a Culture of Self-Reliance
Ben Sasse
St. Martin’s Press, $27.99, 320 pp.

Samuel Goldman is an assistant professor of political science and director of the Politics & Values Program at George Washington University.

'Why the Right Went Wrong'