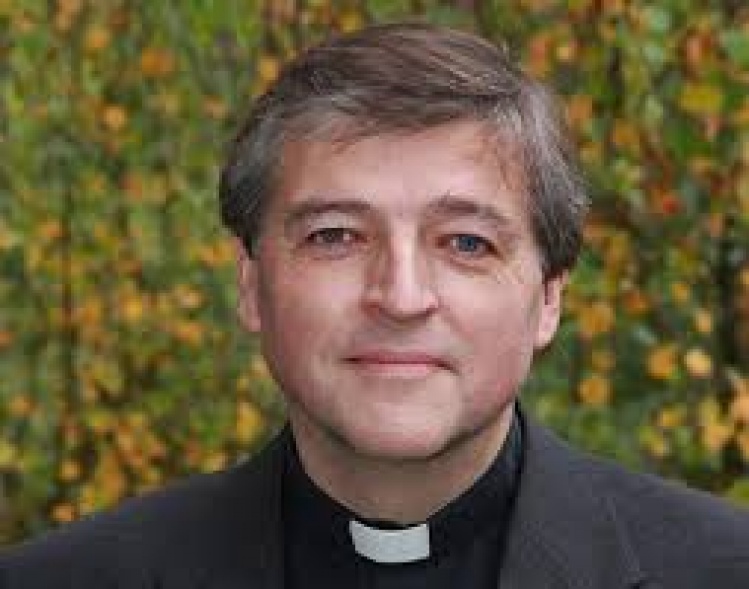 Father Helmut Schüller, whose “Call to Disobedience” attracted the support of many of his fellow Austrian priests, has begun a speaking tour of 15 U.S. cities in an attempt to build a network of support for church reform. He spoke tonight in a Protestant church in Manhattan, Judson Memorial Church on Washington Square. Earlier in the day, I listened in as a group of advocates for church reform asked him over lunch in Brooklyn about his plans for the Catholic Tipping Point tour.

Schüller was queried about his own “tipping point” – how he came to the decision to disobey the church hierarchy and advocate an agenda that includes having women and married priests to reduce the priest shortage; reforming church governance and emphasizing the role of the laity.

He traced his tipping point to the mid-1990s, when he became vicar general of the Archdiocese of Vienna. At the time, he requested that he also be appointed a pastor. He’d served in various administrative posts, such as directing Caritas in Austria, but had always wanted to be a pastor, he said.

From that vantage, he said, he saw the future of a church without enough priests – a future of downsizing and merging parishes. So he began to advocate reforms, and gathered other priests to the cause. “We are the ones who can do it because we are part of the hierarchy” and not dismissed as easily as the laity, he said.

As vicar general, Schuller also had to pick up the pieces of the clergy sex abuse scandal revolving around Cardinal Hans Hermann Groër. Cardinal Christoph Schönborn, who succeeded Groër in 1995, appointed Schüller vicar general. In 1999, Schüller was removed from the post.

He said the “Call to Disobedience” that the Austrian Priests’ Initiative issued in 2011 was “a very provocative step,” and acknowledged that a good number of Austrian priests who agree with him on reform were put off by the idea of being deliberately disobedient. “Did you get anything for your obedience?” he said he responded.  “Any piece of church reform?” (Some 430 Austrian priests and deacons are members of the initiative, about 15 percent, according to the group.)

What he has proposed may be provocative, he said, but was a necessary response to “the totalitarian character of these structures” of the church. (The response from U.S. church authorities to his speaking tour has been chilly.)

One purpose of his trip is to build another kind of structure – a network of reform-minded priests interacting with laity. On Monday night, he met with 10 New York priests. His trip was taken in part to prepare for an October 10-11 meeting in Austria of organizations of dissident priests from Germany, Switzerland, Austria, Ireland and the United States, he said.

It is important “to get the system nervous, and they are very nervous,” Schüller said.

In the meantime, he expressed hope in Pope Francis. “My hope is the gestures become someday systematic changes.”

Reviewing Brantley on `That Championship Season'