Discovering What Matters Most 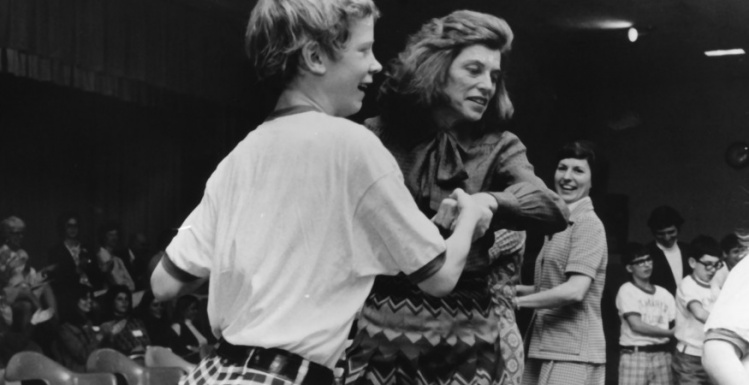 I thought I knew pretty much everything there is to know about special needs. I’ve been taking care of my daughter Moy Moy, who has profound disabilities, for twenty-five years. I’ve run a foundation for children with developmental delays since 1994. I meet other parents. I advise fledgling organizations. I raise funds, serve on expert committees, write articles, give speeches, and conduct workshops. A real know-it-all, right? Except that with disability, it doesn’t work that way. Every day might just as well be the first day. Any encounter, even twenty-five years into the game, has the potential to stun and astonish. That’s true about any human exchange, of course, but in most situations we are good at keeping the barriers firmly in place. Disability, like illness, breaks these down.

Timothy Shriver’s Fully Alive: Discovering What Matters Most is a series of distinct narrative threads woven into one compelling story. I had a hard time putting it down. It’s the story of how disability changed the lives of the Kennedy family (Shriver is the son of Eunice Kennedy, JFK’s younger sister and Sargent Shriver, who was, among other things, the first director of the Peace Corps), and it is the story of how this family changed America for people with disability. It is the story of how the Special Olympics started and how it grew into the international phenomenon it has become. Finally and most profoundly, it is the story of Timothy Shriver’s personal journey to discover what matters most in life.

Rosemary Kennedy was born in 1918, a year after her famous brother Jack and three years before her sister Eunice. Shriver describes his mother’s relationship with her sister as close and loving. Photographs from the time show Rosemary as a vivid, engaging young woman. Her limited intellectual capacity, however, was a problem in a family of intellectual high-achievers. Shriver is at pains to be fair to all and explains at length the common misconceptions about disability in the 1930s and ’40s—the growing influence of the eugenics movement and the common practice of isolating those with mental handicaps. This section of the book is a fascinating view of history through the lens of disability, reminding the reader how far we have come from those dark days.

But what also emerges from Shriver’s account is how difficult life became for Rosemary. She grew more and more frustrated by her parents’ unreasonable expectations and the inappropriate way she was handled. Her “acting out” of that frustration was labeled as violent and erratic, though today it would seem like a normal response for someone in her circumstances. Afraid that her behavior might damage the business and political aspirations he had for himself and his sons, Rosemary’s father, Joseph Kennedy Sr., arranged—without consulting his wife—for Rosemary to undergo a lobotomy. This was a popular solution in those days. The result was disastrous. Her difficulties worsened dramatically and she became permanently and severely disabled. She was sent away to an institution for the rest of her life. Her father never saw her again; her mother and her siblings didn’t meet her for twenty years.

Yet, in Shriver’s view, Rosemary remained an important influence in her family. Perhaps out of remorse, her father soon shifted his entire philanthropic activities to the cause of the intellectually disabled, allowing Eunice and Sargent Shriver to direct the work of the Kennedy Foundation in whatever way they saw fit. Timothy Shriver also makes a strong case for Rosemary’s influence over the Kennedy style of leadership:

I believe Rosemary was a major source of the political genius that my uncles brought to public life; an energy that would change the course of a nation. “Ask not”…sprang (partly) from the faith that taught [JFK] to give himself to Rosemary and the unspoken happiness he received from her in return.

Whether Shriver’s theory about his uncles is true or not, his mother, Eunice, soon emerged as a major advocate for people with intellectual disabilities. Once JFK was elected president, she used her relationship to influence policy, secure funding, and, ultimately, bring into being the National Institute for Child Health and Human Development. It was the beginning of a new era for people with disabilities in the United States. A short while later, Eunice broke the decades-long secret about Rosemary’s existence in the pages of the Saturday Evening Post. In 1965, Robert Kennedy visited Willowbrook, the infamous New York facility for children with disability. He emerged visibly shattered by what he had seen and called the place a “snake pit.” It was soon shut down, along with many similar institutions around the country.

Eunice Shriver had her blind spots. For example, she was adamant that concern for intellectual disability not be mixed up with concern for mental illness, not recognizing that exclusion of the one group was no better than exclusion of the other. Still, she was light years ahead of her time in her understanding of one central truth: When you plan for the most vulnerable, you make the world work better for everyone. In her search for possibilities for children with intellectual disabilities, Eunice Shriver came across the work of Dr. Susan Gray, who was engaged in pathbreaking research on the importance of the earliest years for children’s long-term development. “What she’s discovering with children who have disabilities might make a difference for all children,” she told her husband. She told him he should meet Dr. Gray, and he took her advice. The result was Head Start, a program that has had remarkable success.

But the Special Olympics is, if possible, even more extraordinary. Fully Alive chronicles the remarkable story of the Special Olympics from its humble beginnings as a one-day event in Chicago in 1968 to its present-day status as the world’s leading athletic organization for people with developmental disabilities. It does this through the stories of individuals who believed in its unlikely premise: that sports could be a tool for changing the way we think about disability. Even more affecting are the stories of some of the athletes who have participated in the event.

For me, though, the most moving parts of this very moving book have to do with the author’s own experiences with people with disabilities—and with how these changed him. Many speak piously and superficially about how much they’ve learned from those with special needs: patience is always at the top of the list, along with counting their blessings and taking life as it comes. Not very convincing and not very useful either. Shriver is convincing because he is specific and concrete. The lessons he’s learned are practical rather than sentimental. Most convincing of all: He quotes the people he’s talking about as if they actually have something important to say. As I read this book out loud to Moy Moy, I thought: This guy gets it.

Change They Can Believe In?