Death of the President 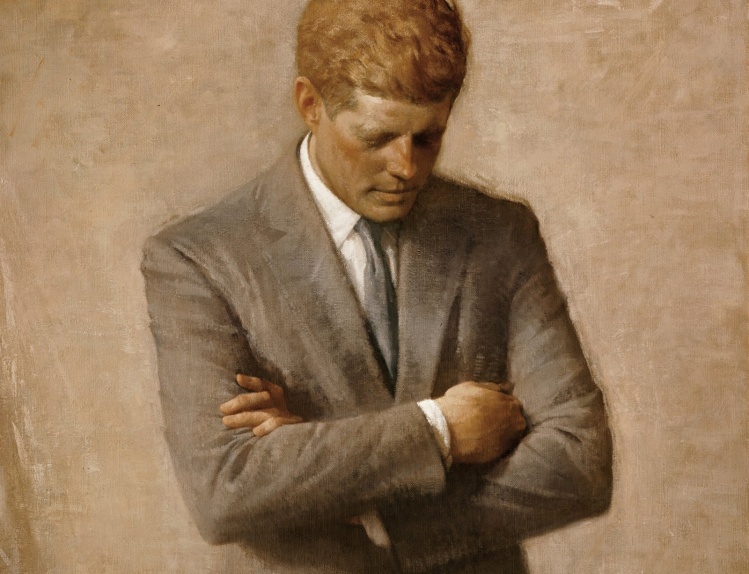 Most of us took the first news of the President’s death for some grisly joke. It was, of course, unbelievable, and we are only now absorbing and digesting the horror of the event. One friend told us that the first time he fully realized what had happened was when he saw on TV a corps of workers carrying the President’s papers and the famous rocking chairs out of his White House office. That was more than twenty-four hours after the assassination. The listlessness of life here in New York, several days after the murder, testifies to the depth of the shock felt throughout the nation.

The ironies of the death only magnified the horror. The very warmth of the Dallas reception perhaps assured the President’s death: otherwise, the protective bubble-top of the Presidential car might have been up. Then too there was the irony that in Dallas, home of General Edwin Walker, H. L. Hunt, Dan Smoot and the lady who attacked Adlai Stevenson—a city often regarded as bubbling with rightist hatred—the President received a tumultuous welcome and his killer turned out to be not a fanatic of the right, but of the left.

But possibly the greatest irony is that sudden violent death should come to a man who has pitched so much of his energy into the curbing of violence in political life. To say that the President was a man of peace is to say nothing special. That is a characteristic we expect of all our Presidents. But no President, perhaps, has tried so hard to drain the emotional charge from potentially explosive situations. He was always impatient with emotional responses in politics. For him, they were at best an irritant and at worst the stuff of tragedy. That is why he was so concerned with the radical right. He understood that the tensions, complexities, and emotions of the cold-war era could easily combust into the horror of a nuclear showdown.

In a troubled world that for more than a decade now has had the power to destroy itself in a matter of minutes, the President’s calm and unemotional bent of mind weighed very heavily. Premier Khrushchev has said the President was a reasonable man, which, in the Communist lexicon, can mean one of two things: a man willing to yield at every major pressure point in order to keep the peace, or a man who could combine toughness with the ability to reject and restrain the kind of belligerence that can lead in graded steps to war, constantly reducing the options open to the diplomats until conflict is almost certain.

It is in this second sense that Khrushchev spoke. Mr. Kennedy was a reasonable man, and the world felt, particularly after the display of courage, determination, and prudence during the Cuban missile crisis, that whatever degree of safety we can achieve in these explosive times, would be achieved as long as it was Mr. Kennedy’s desk that bore the apocalyptic red telephone. As a Briton said on television after the President’s death, “we thought we had another five years before we had to worry again” about who would control the nuclear might of the West.

BUT NOW the violence and hatred that the President strove so hard to control have struck him down, and we grieve not only for him but for the nation, and for the possibility that his murder was not an isolated act, but rather an expression of the irrational forces eating their way into American life. Ominous signs of these forces and emotions have grown around us. The repeated threats against the life of Kennedy, Stevenson and Warren; the suggestion by one editor, made jokingly he says, that Warren should not be impeached but hanged; the recent comment by a bitter columnist that one of his lifelong regrets is that the man who tried to kill Roosevelt in 1932 wasn’t a better shot; the near assault on Lyndon Johnson by a Texas mob three years ago; the attack on Stevenson in Dallas only last month; the murders of the Birmingham children, the Baltimore postman and Medgar Evers, and the astonishing moral blindness that they illuminated. (One national magazine subtly suggested that the postman’s murder might have been warranted because he was allegedly carrying an anti-Christian placard.)

Inevitably, after a tragedy like this, many will say that we are all responsible for the act. It is easy, and accurate, to reply that only one man pulled the trigger, and that this is all it takes, even in the healthiest moral climate. Yet we would do well in this ease, as in others, to consider whether a moral and political atmosphere produces a Lee Oswald, just as a different atmosphere can produce a John Kennedy.

The loss of the President is more than the loss of its most important office-holder and the symbol of its law and order, as stunning as that is in itself. It is also the loss of a man with a peculiarly apt set of talents and convictions for our time. What strikes us most about him is that he was a man of his age, and understood his age. He understood the uses as well as the limits of our national power, and constantly strove to convince the nation that there were no simple answers for the world’s turmoil, that we will have to live with high tension and danger far into the future, and that there can be no laying down of the burden.

He had no use for conservatives who resisted adaptation to a changing world because of "principle," and he had no use either for liberals who would rather go down in a struggle for "principle" than survive to provide the limited good that the wedding of pragmatism and idealism usually produces
sharetweet

Another facet of the man that came across so dearly in the television film clips shown since his death was his unique capacity to grow. His background was conservative and isolationist, but he moved away from this stance while still a young man, rejecting its dry, simple formulas as unworkable in the real and changing world he saw around him. He was never much impressed by the cliches of either the left or the right. What many took for cynicism and crude politics in the early Kennedy now appears to be a lifelong attempt to wed pragmatism and idealism without the encumbrance of slogans that seemed to him to hamper other people’s attempts to find solutions that are workable as well as high-minded. He had no use for conservatives who resisted adaptation to a changing world because of "principle," and he had no use either for liberals who would rather go down in a struggle for "principle" than survive to provide the limited good that the wedding of pragmatism and idealism usually produces.

“I did better than he at Harvard,” said a former classmate, “but he grew and I didn’t.” And this growth was built on a passion for facts and analysis, a rare openness to new ideas, and a willingness to marshal as many of the best minds of his generation as possible to work in his Administration. In his person, as in his writing, he laid great emphasis on courage. For him, this meant not only the will to fight or resist a well-defined challenge, but the will to accept the burden of complexity, with its tensions between the possible and the practical. It has been pointed out that the heroes of his book Profiles in Courage all ended their careers courageous but defeated, and it has been further suggested that as much as he admired those men, his own vision of courage had room for the kind of synthesis that avoided the necessity for a fall, however glorious.

Now he has lost the chance to achieve that synthesis in his own life. The Peace Corps and the test-ban treaty appear to be considerable contributions. Yet the accomplishments of his brief Administration must be looked on as largely tentative, and death leaves most of his domestic program bogged down in the sludge of Congress. What the long-range significance of the Kennedy Administration is, of course, will be settled by the historians. It may be, as James Reston says, that the Kennedy Administration was such a personal thing that, with the assassination of its leader, its true history will never be written. But history will make some judgment, perhaps laying greater stress on what seems so tentative in the Kennedy contribution — the attempt to rally a comfortable America to a spirit of sacrifice; the attempt to put the full weight of the Presidential office behind the civil-rights fight; the effort to awaken a civic and global consciousness among the young people, among whom his impact was felt so strongly; the attempt to swing the nation decisively away from a moribund conservatism.

Whatever the long-term judgments, we have lost a man of vision and strength. His loss will be felt as the nation closes ranks around President Johnson.

Letters | The decline of the West, taxing the rich