What Mass Incarceration Does to America
By Derek S. Jeffreys
Books
Domestic Affairs 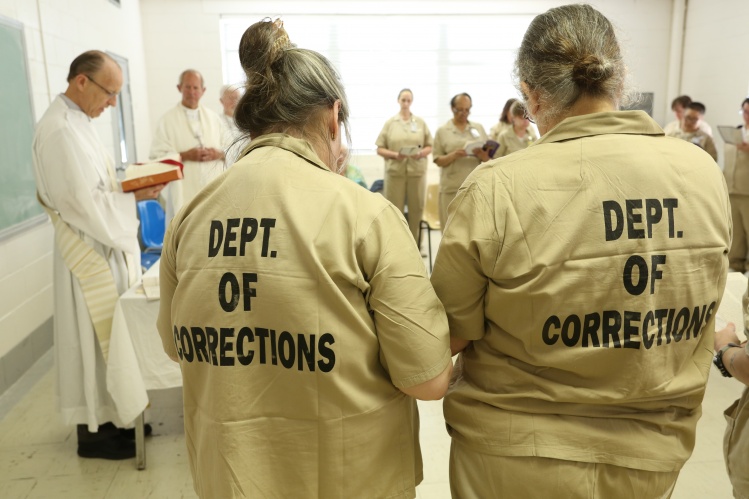 Despite the vast numbers of people who enter and leave the U.S. prison system every year, Americans know shockingly little about the conditions of prison life. Prisons are secretive institutions that control information flow, monitor visitors, and restrict access for journalists and academics. Researchers must jump through bureaucratic hoops and learn to operate in an environment distorted by violence and dishonesty. Inmates who report brutality or inhumane conditions can be dismissed as liars. When they leave prison, they are often unwilling to talk about their experiences—and even if they are, few people listen. Consequently, the public receives a distorted image of prison life, dominated by sensationalism or narrow political agendas. There is a desperate need for sophisticated journalists and scholars who are willing to enter penal institutions and report what they find. Authors Sabine Heinlein and Joshua Dubler have both gained remarkable access to inmates and ex-inmates, and have written fascinating books that reveal much about their subjects’ inner lives and struggles.

Heinlein’s Among Murderers: Life after Prison explores the idea of rehabilitation. More than seven hundred thousand inmates leave our prisons and jails every year, some after decades of incarceration. How do we help them reintegrate into society? What does it mean for a murderer to be rehabilitated? How do those who have committed violent crimes understand their identities after serving years in prison? Heinlein’s book focuses on three murderers released from New York state prisons. Angel, Adam, and Bruce live in the Castle, a New York City home for ex-convicts run by an organization called the Fortune Society. For decades, the three men were degraded, brutalized, and infantilized by prison authorities. Heinlein observes and records their struggles with ordinary tasks like shopping, cooking, and dating. If she sometimes comes across as naïve (as when she says that “it is hard to look a murderer in the face”), she approaches her subjects with obvious sympathy, asks them difficult questions, and responds frankly to what they say. All three men work hard to integrate their horrible crimes and prison sentences into a coherent narrative about their lives, but making sense of the violence and shame is difficult. Though she expresses little interest in religious conceptions of moral transformation and redemption, Heinlein’s work illuminates the complicated process of genuine inner change.

Heinlein’s research also exposes deep flaws in the prisoner reentry system. Murderers are often stigmatized, and few employers will hire them. Some ex-convicts find jobs only with organizations like the Fortune Society, and thus end up working in a system that is parasitic on mass incarceration.

The book would have benefited from a more serious engagement with the history of American incarceration. In the United States, the “rehabilitation” goal of imprisonment disappeared several decades ago, replaced by a purely punitive approach to incarceration. Contemporary jails and prisons do little to encourage rehabilitation. However, those calling for a greater emphasis on rehabilitation need to consider its problematic history. For example, Heinlein details Angel’s struggles with parole boards. He went up for parole eight times, facing confusing questions and demands on each occasion. This is an old story. Inmates in the 1950s and ’60s protested against the hypocrisy of parole boards, indeterminate sentences, and coercive rehabilitation. They developed a powerful critique that challenged the very idea of rehabilitation. Sociologists and psychologists maintained that “rehabilitation” is a manipulative form of social control that legitimizes deep intrusions into the human personality. African-American and Latino inmates wrote eloquently about how rehabilitation coercively reinforces narrow political agendas and social norms. Finally, horrific events like the Attica prison uprising drew attention to the failures of rehabilitation. Acknowledging this history of debate would have enhanced Heinlein’s account of how we fail to help the hundreds of thousands of Americans leaving prison each year.

Like Heinlein, Joshua Dubler shows a deep interest in inmates’ lives. In Down in the Chapel: Religious Life in an American Prison, he chronicles life in the chapel of Graterford Prison, a maximum-security facility in Pennsylvania. Dubler’s book takes the reader through a typical week in the chapel, featuring extended and often heated conversations with the colorful characters Dubler meets there. They are Christians, Jews, Muslims, atheists, and others who hold strong beliefs. Baraka, a powerful and learned Muslim who retains a skeptical attitude toward some religious practices, guides Dubler through the complexities of prison life. As someone who teaches philosophy and religion in a maximum-security prison, I appreciate the way Dubler depicts inmates as thoughtful and serious about philosophical and religious issues.

Dubler also explores religious pluralism in the penitentiary. Some people see prison religion as a racket, just another way for inmates to continue their criminal activities, while others view it as solace for desperate people in extreme circumstances. Dubler criticizes the idea that we can easily differentiate between authentic and inauthentic belief, rejecting the tendency to separate phony “prison” religion from genuine religion on the outside. This distinction collapses when one considers the reality of religious belief and practice. Like anyone else, inmates join religious communities for complex psychological, sociological, and spiritual reasons that we cannot easily disentangle. Dubler also suggests that in the Graterford chapel, an atmosphere of liberal Protestantism (encouraged by the Protestant chaplain) makes it possible to embrace religious pluralism. Yet he maintains that, although it purports to be impartial, liberal Protestantism makes controversial decisions about what constitutes genuine religious expression. For Dubler, it engages other faiths by forcing them into Protestant categories that locate the essence of religion in individuals and their personal convictions rather than institutions or rituals. At Graterford, this means that some people are welcomed to chapel, others tolerated, and still others excluded. Dubler’s book also includes a fascinating history of Islam in Pennsylvania, describing how inmates went from the Nation of Islam and Moorish Science to Salafism, the dominant form of Islam at Graterford. And he paints a compelling portrait of Peter, a lay Franciscan inmate with a deep commitment to penance, self-reflection, and restorative justice.

Though Dubler is a fine ethnographer, he disappoints in his attempts to draw larger theoretical conclusions about religion. This becomes problematic in the last part of the book, where Dubler lays out ten theses about religion at Graterford Prison. For example: “Given a sufficiently materialist perspective, the charge that chapel religion is reactionary in character might convincingly be levied not only against all religion, but, indeed, against all but the most inscrutable and daring social practices.” In this muddled sentence, Dubler couches his thesis in the passive tense. He never defines materialism or explains why we should accept the outlandish notion that religion and most social practices are “reactionary in character.” His sweeping conclusions and shallow theorizing about religion do not do justice to the experiences he has chronicled in the book.

Despite these theoretical deficiencies, Dubler’s work is well worth reading. Both Dubler and Heinlein reveal the profound damage that mass incarceration does to American society, and help unmask a system that tries desperately to hide its injustices from public view.

Derek S. Jeffreys is Professor of Humanities and Religion at the University of Wisconsin, Green Bay. He is author of America’s Jails: The Search for Human Dignity in an Age of Mass Incarceration (NYU Press, 2018).

Cruel but Not Unusual