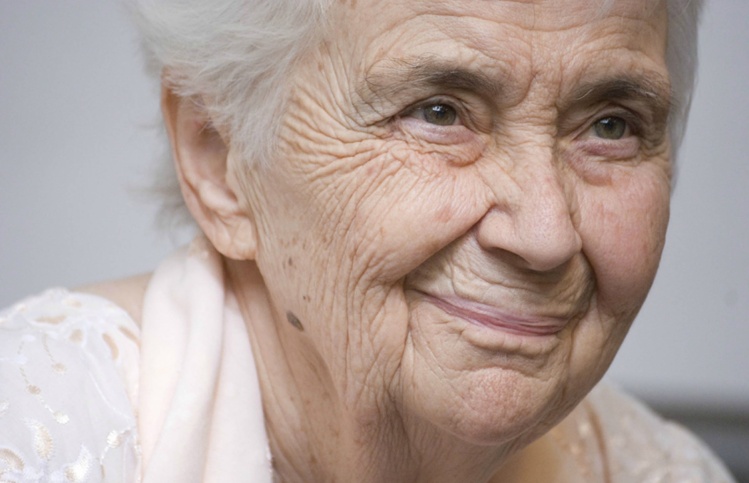 It is a tragic fact that in a world hungry for heroes, a towering international figure—a person exemplifying the highest standards both of humanitarian care and of the Christian gospel of love—can nonetheless pass away with barely a ripple of notice in the media. Yet how many readers have heard of Dr. Ruth Pfau, a leprosy physician and religious sister touted as “the Mother Teresa of Pakistan,” who died on August 10 at age eighty-seven? A member of the Society of Daughters of the Heart of Mary, Dr. Pfau worked for almost sixty years to heal sufferers from leprosy. Animated by what she once termed “crazy love” for those she helped, she labored tirelessly to train Pakistani doctors, attract foreign donations, and build clinics across the country. In the process she rescued countless children abandoned by parents terrified of contracting the disease or of being ostracized by their communities.

A native of Germany, Pfau began her leprosy work in 1960 in the slums of Karachi. At that time leprosy was a despised disease in Pakistan; fearing infection, most people steadfastly avoided sufferers, for fear of becoming infected. Like St. Francis of Assisi, Pfau touched her patients, hugging them and kissing their foreheads, even as she opened a hospital and started training teams of Pakistani health workers. Her courage and commitment, sustained across decades, succeeded in changing both attitudes and outcomes. By the time of her death, her clinics had successfully treated tens of thousands of Pakistani lepers, and new cases per year had dropped from almost 20,000 per year to several dozen. The only Westerner ever to hold cabinet rank in Pakistan, Pfau served as Federal Advisor on Leprosy—and after prevailing against that disease, she used her influence to tackle tuberculosis and partial blindness. She also assisted victims of the 2005 earthquake and the floods of 2010. In 1988 she was awarded Pakistani citizenship as a sign of the government's gratitude for her contributions to the national welfare; and announcing her death in August, Prime Minister Shahid Khaqan promised that she would be “remembered for her courage, her loyalty, her service... and most of all, her patriotism.”

My own contact with Dr. Pfau occurred when her German publisher approached me in the 1990s about translating her autobiography into English. The dramatic story of her life had been told in a multi-volume German version that went through more than a dozen editions and remains in print today. Sadly, worried that the memoir of an unknown German nun would not sell, the American publisher backed out—and only now is Pfau’s story set to appear in this country, in a highly abbreviated version to be published in November by Crossroad, under the title The Last Word Is Love: Adventure, Medicine, War and God.

Pfau’s life story reveals an inspiring heroism, one that astounded both Christians and non-Christians alike
sharetweet

Pfau’s life story reveals an inspiring heroism, one that astounded both Christians and non-Christians alike. Born in Leipzig in 1929 as the fourth of five children, she grew up in a time marked by political terror and the devastation of war. She saw her younger brother die, and feared for own her life as Allied forces bombed the city during the closing months of World War II. After the war, when the Russians occupied East Germany, she and her family escaped to West Germany, where her experience of looking after injured soldiers and refugees inspired her to study medicine. Attending university in Mainz and Marburg, she went on to specialize in gynecology at Bonn. Professional success notwithstanding, Pfau was not satisfied with her life. Though she had grown up with no religious beliefs, her friendship with a Dutch concentration-camp survivor who had vowed to dedicate her remaining days to Christian charity inspired Pfau to join a number of spiritual reading groups, and in 1951 she converted to evangelical Protestantism. Still yearning for something more—some deeper experience that she later acknowledged as mystical—she converted to Roman Catholicism in 1953. Three years later she joined the Daughters of the Heart of Mary.

Sent for formation to Paris, she prepared there for missionary work in India. Diverted to Pakistan while waiting for her visa in 1958, she stumbled upon leprosy—a disease she knew nothing about—when a young Pashtun man crawled into the dispensary where she was working one day, creeping through the dirt like a dog. His struggle was an epiphany for Pfau, who soon visited a leprosy colony located behind Karachi’s City Railway Station. There she discovered subhuman conditions. Not only were there no proper drugs, but no electricity or waste removal. Sewage water, mixed with garbage, flowed from the open drains. The stench was indescribable. Rats openly gnawed on the lepers’ hands and feet.

Settling in Karachi, she vowed to stay and work on behalf of Pakistan’s lepers; and amid these hellish conditions, she and a Pakistani medical colleague began a desperate battle against the disease. With bandages and food from donor agencies, a proper clinic was established in April 1963. News of its founding spread rapidly, and within weeks, patients from all over Pakistan and even Afghanistan rushed to the center for treatment, some marching on foot like pilgrims. During the next two years, similar small clinics were set up in Karachi and beyond. Training for paramedics and social workers commenced. Traveling frequently to Europe in pursuit of donations, Pfau returned to set up cooperative agreements with hospitals in Rawalpindi and Karachi. Within a few years, she and her assistants had brought leprosy largely under control—opening clinics across Pakistan and even in war-torn Afghanistan, where the dozens of clinics she founded continue to provide health care today.

Perhaps with the forthcoming appearance of her memoir, Dr. Pfau will receive belated recognition in the United States.  She was widely known not only in Pakistan but also in Europe. In 1991, she was honored by the Albert Schweitzer Society of Austria, and in September 2004 France awarded her the Albert Schweitzer Prize. But it warrants emphasis that Ruth Pfau was very much her own person. She was neither “the Mother Teresa of Pakistan” nor “the Asian Schweitzer.” Unlike Mother Teresa, she was a medical doctor whose focus was always on the root of illness; and unlike Schweitzer, she was an ingenious networker determined to team with Pakistani officials to help build an infrastructure to fight leprosy and confront other national health issues. (Fittingly, a colleague from the Karachi medical center requested that she simply be remembered as “the Ruth Pfau of Pakistan.”) Justly celebrated both in continental Europe and in South Asia, Ruth Pfau’s courageous life of service deserves to be widely known in the English-speaking world as well.

Those who read her memoir will encounter the highlights of her extraordinary journey, from her harrowing childhood under the Nazis and her family’s arduous existence in the early postwar years, to her daring decision to leave Europe and become a leprosy doctor in Pakistan; her challenging experience as a European and celibate religious sister in a Muslim society; and finally her efforts to establish a trusting dialogue between followers of Christianity and Islam. Given the raging ethnic conflicts that currently dominate both American and European politics, it is notable that Pfau's clinical staffs set a standard not only of professional service, but also of inter-cultural amity, one the world would do well to emulate. With more than one hundred and fifty leprosy centers all across Pakistan, Pfau’s teams—which include Muslims, Hindus, Christians, Buddhists, and others—have served as models of medical excellence, charitable service, and cultural tolerance. It was not at all hyperbolic when the German press memorialized her as a “a saint in action” and “an intellectual mystic.”

As a mark of respect for Dr. Pfau and of the high regard in which she was held by Pakistanis, a state funeral took place in Karachi in mid-August. Called “the Angel of Karachi” by the city's populace, Ruth Pfau was the first woman, first foreign-born citizen, and first Christian ever to receive such special honor; indeed, only three other Pakistanis have ever been accorded it. Pursuing her health mission in a manner that not only alleviated suffering, but helped erode walls of prejudice and fear, Ruth Pfau took her Christian witness into the world a half-century before Pope Francis made doing so the clarion call of church outreach for Catholics today.