The Christian in Politics

From the October 1, 1954, Issue
By Eugene McCarthy
From the Archives 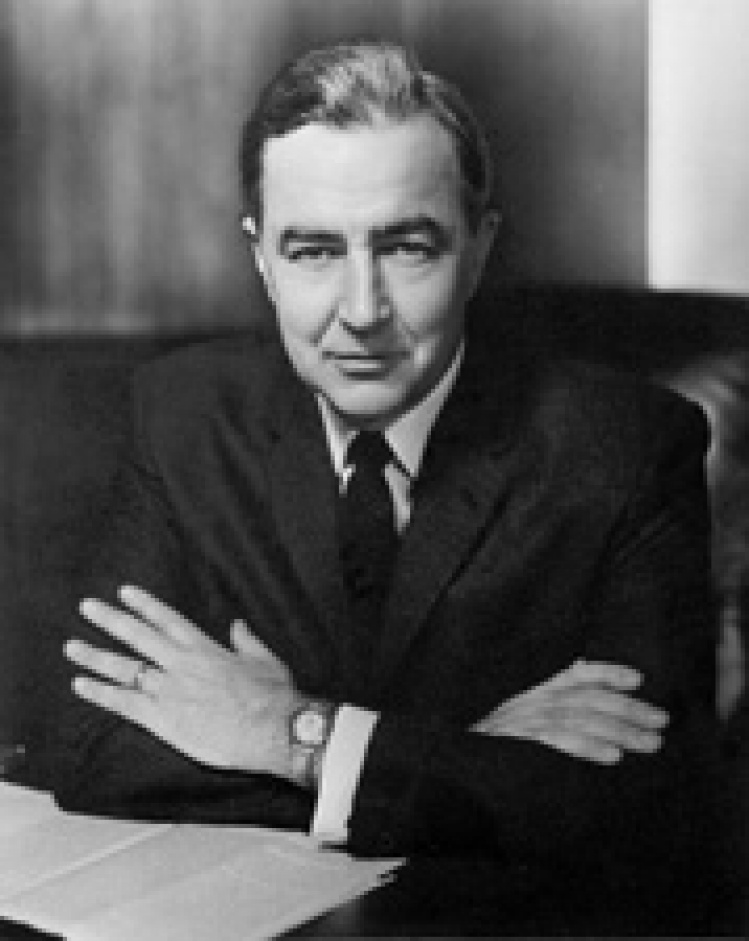 If the concept of Christian politics is to be justified, or if any historical State is to merit the label "Christian," it must be of such kind that, as Franz Joseph Schoningh, editor of Hochland, pointed out in the April 1949 issue of that magazine, "fundamentally, through its Christian character alone, it differs from every other."

Neither history nor political theory establish any basis for the application of the label “Christian” in any absolute sense to politics. Recognition of Christianity by the State does not make the State itself "Christian," nor does official approval of certain Christian forms and practices. Neither does the fact that all citizens of a State are Christians make that State a Christian State. A government might be distinguished as more or less Christian to the degree that it has either succeeded or failed in establishing a greater measure of justice; or, a form of government called Christian to the extent that it depends upon the inspiration of the Gospels for its fullfillment, as does democracy. Such qualified application sets the limits of the use of the word "Christian."

Although the existence of a purely Christian politics cannot be established, there remains an obvious need for Christians in politics, that is, for Christian politicians. Every human society is political and every adult member of such a society must of necessity assume political obligations. A  Christian must assume these obligations as a citizen, and more particularly as a Christian citizen. He must, as Pope Pius XII pointed out in his message correcting the misinterpretations of the directive "Return to the Spiritual," be actively present in political life—"wherever vital interests are at stake; where laws concerning the worship of God, marriage, the family, the schools, the social order, are being deliberated; wherever through education the spirit of a nation is being forged. . . ."

THE calling of a Christian is not to judge the world, but rather to save it.  In the conflict between good and evil, in which great advantage is given to evil by neglect, the Christian cannot be indifferent to so important an area of conflict as that of politics.

Not everyone has an obligation to run for public office, or even to become active in party organization. The measure of participation required of an individual depends on many conditions of personality and circumstances. There is no excuse, however, for complete neutralism and detachment. It is not even possible, under all circumstances, to justify the position of the "independent voter," or of the non-partisan citizen. These forms of political activity can be enjoyed only because others are actively engaged in party politics. It is important to keep in mind the testimony of history to the need for party politics in domestic government. In the United States, party factions preceded the adoption of the Constitution itself, and government, since that time, has depended upon political party activities. Good government depends on good political parties.

In approaching politics, the Christian must be realistic—politics is a part of the real world.  In politics the simple choice between black and white is seldom given. The ideal is seldom realized, and often cannot be advocated. For example, a Christian politician in a society in which many marriages are broken, may have to advocate and support divorce laws for the sake of public order. Trade, diplomatic relations and cooperation with nations whose conduct he condemns may be made necessary by circumstances.

Political leaders may, in what Maritain describes as "regressive or barbarous" societies, have their freedom of choice reduced to the point where they must take a position which is questionable, rather than the alternative which is simply and completely bad. Prudence may require the toleration of evil in order to prevent something worse, and may dictate a decision to let the cockle grow with the wheat for a time. In making decisions of this kind, the Christian in politics, whether he is the official who makes the decision, or the citizen who supports the official and his decision, runs the risk of being called un-Christian or anti­Christian. This is a risk which he must be willing to take.

Despite these difficulties and complications it should nonetheless be possible to distinguish the Christian in politics. If such distinction could not be made there would be no point in urging the participation of Christians in political life.

The Christian in politics should be judged by the standard of whether through his decisions and actions he has advanced the cause of justice, and helped, at least, to achieve the highest degree of perfection possible in the temporal order.  He has available to him a great body of teachings on secular matters. He should know and understand those teachings and should seek to apply them.

When a political problem can be reduced to a simple question of feeding the hungry or of not feeding them; of ransoming the captive or of refusing to ransom him; of harboring the harborless, or of leaving him homeless—there should be no uncertainty as to the Christian position.  Problems of overpopulation, of displaced and expelled peoples, of political refugees, and the like are in reality not always reducible to simple choices. As a general rule the inclination of the Christian should be to liberality.  His mistakes and failures on problems of this kind should be as a consequence of leniency rather than of a fearful self-interest; of excess of trust, rather than of excess of doubt and anxiety.

THE Christian politician must, of course, hold fast to the moral law remembering that the precepts of morality do not themselves change, even though the way in which they are applied to concrete acts may be modified as society regresses or is perverted.

On the basis of moral principles, he must strive to separate good from bad even though the line may be blurred or shifting. He must remember and honor in action the rule that the end does not justify the means. He should carefully avoid confusion such as that which is manifest in Cromwell's reply to Wharton's protest of Pride's purge and the execution of the King. "It is easy to object to the glorious actings of God, if we look too much upon the instruments. Be not offended at the manner. Perhaps there was no other way left."

The Christian in politics should be distinguished by his alertness to protect and defend the rights of individuals, or religious institutions and other institutions from violation by the State or by other institutions, or by persons. He should be the first to detect and oppose a truly totalitarian threat or movement and the last to label every proposal for social reform "socialistic."

He should protect the name of Christ from abuse and profanation, and should himself avoid unwarranted appeals to religion. He has a very special obligation to keep the things of God separate from those of Caesar.

The Christian in politics should shun the devices of the demagogue at all times, but especially in a time when anxiety is great, when tension is high, when uncertainty prevails, and emotion tends to be in the ascendancy.

The Christian in politics should speak the truth. He should make his case in all honesty-aware that any other action is as C. S. Lewis states, to offer to the Author of all truth the unclean sacrifice of a lie. He should not return calumny and slander in the same token, but combat them with truth and honesty, risking defeat for the sake of truth. He should not resort to the common practice of labeling, which by its falseness violates justice, and by its indignity offends charity. Powerful personalities may be able to stand against these forces.  The weak are likely to be destroyed. It is these who must be the concern of Christians.

In addition to distinction on the basis of actions the Christian in politics should be distinguished by his manner of approach. He should normally be optimistic rather than pessimistic. The optimism would not be blind or foolish, without awareness or recognition of reality, but rather manifesting hopeful confidence, despite the difficulties of a situation and the potentiality of men and human society for failure.

The Christian should show respect for the opinion, judgment, and motives of others. This he can do without any abject denial of the certainty of his own position and without agreeing to disagree, or conceding that those who disagree with him may be right.

The Christian should be humble, reflecting in his actions, his awareness of the great mystery of redemption, and the shared mystery and dignity of all men.

Altogether these seem to be difficult standards and demands, their fulfillment requires sanctity. There is, however, no other measure which is valid for Christians in politics or in any other way of life. As the great politician and saint, Thomas More, observed, "It is not possible for all things to be well, unless all men are good-which I think will not be this good many years."

Mr. McCarthy is a Member of Congress from the state of Minnesota.