CELAM and the Vatican 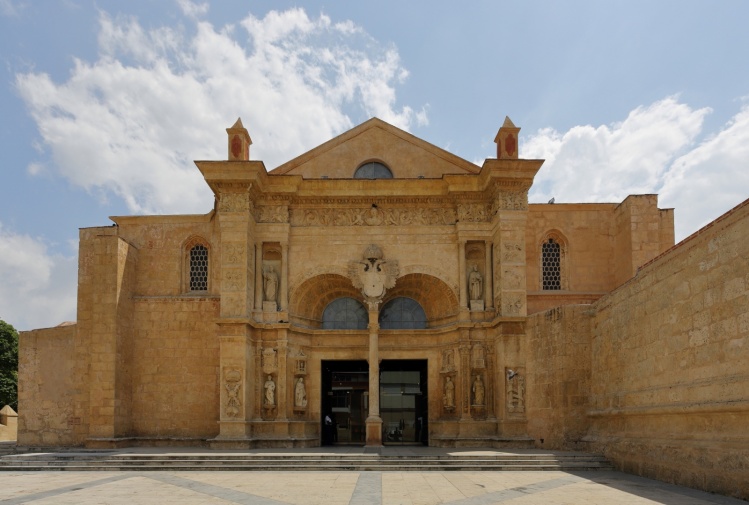 “During all the goodbys, I couldn’t help thinking that a lot of bishops must be wondering whether this was worth the effort and money.” That was the unusually pointed observation of Monsignor Robert N. Lynch, general secretary of the United States National Conference of Catholic Bishops, on October 28, shortly after the bishops of the Latin American Episcopal Conference filed out of the Cathedral of Santa Maria in Santo Domingo, which dates back to 1514. The dominant sentiment, he felt, was “a sense of relief that it was over.”

The Latin American Episcopal Conference, known by its Spanish acronym, CELAM, meets approximately once a decade, bringing together bishops from twenty-two nations in South and Central America and the Caribbean. Its meetings in Medellín, Colombia, in 1968 and in Puebla, Mexico, in 1979 were landmark events in the life of the universal church, putting the authority of a continent’s bishops behind the “preferential option for the poor.” This year’s meeting was scheduled to be no less significant. Delayed to coincide with the celebration of the 500th anniversary of Columbus’s arrival in the New World, the meeting began on October 12 in Santo Domingo, one of the places where Columbus had landed.

Pope John Paul ll’s lengthy opening address augured a productive gathering. The pope hewed to the main lines of a working document that had been hammered out over several years of consultation among Latin America’s bishops. They had rejected drafts that worried more about the dangers of secular culture than the deepening misery of millions of ordinary people. Massive poverty, the bishops had insisted, would remain the starting point for their reflections on the theme of “new evangelization.” Despite this promising beginning, the days that followed were frustrating for the roughly three hundred bishops delegated by each country’s national conference to go to the Dominican Republic.

What happened at the meeting is clearer than why it happened. The working paper was treated simply as a background document rather than a preliminary draft for the bishops’ deliberations. Large chunks of the early plenary sessions were spent listening to four major lectures on themes already stated in both the working paper and the pope’s address, or to a disconnected series of interventions.

Reacting to this enforced passivity, the bishops seized upon the agenda’s provision for smaller working groups. They formed thirty such groups, addressing different topics. But the working groups also proved unwieldy, producing reports that were never seen by the other groups but condensed by a drafting committee into successive drafts of what was to be the conference’s final statement.

Later plenary sessions reviewed these drafts, sometimes voting on them paragraph by paragraph, sometimes rejecting entire sections. The procedure gave bishops the opportunity to object that various points from the working groups had been neglected or to submit these points in the form of written or amendments. But power still rested with the drafters, who in late-night sessions, tried to accommodate the objections. As the meeting progressed, the number of modifications submitted to the discretion of the drafting committee mounted to the thousands—some reports said well over 10,000. Meanwhile, there was never an opportunity for major contrasting positions to be openly debated by the full body and then tested by a vote. “You had a lot of people working on a quilt without understanding what the end pattern should be,” said Monsignor Lynch.

Not until the late on Monday, October 26, with a single full working day left, did the bishops see anything coming close to a definitive draft. All the remaining amendments were boiled down to a couple dozen, and on Wednesday morning the body had about twenty minutes to vote on those—without debate— before overwhelmingly approving the entire document.

The first week’s lectures “were a waste of time,” Archbishop José María Pires of Paraíba, Brazil, said. “It would have been much better instead to discuss the working document.”

Archbishop Marcos McGrath of Panama also complained that the procedural snags “caused us to reach the final week without a document really having been developed.”

Who, or what, was to blame? CELAM meetings, like synods in Rome, take place behind close doors, and the daily press conferences were windy exercises proving that there is a little Castro in almost every Latin prelate (and most journalists, too). So speculation can run unchecked. The two most common explanations for the outcome were: machinations by the Vatican and its conservative allies, and the Latin way of doing business.

By changing the rules and filling key posts, Rome had clearly kept control of the agenda and of the drafting process. The Vatican was held responsible for the four lectures and the mostly conservative men who gave them. The Vatican may have been responsible for waylaying the working document. Bishop Jorge Medina Estevez, the ardent supporter of Chile’s General Pinochet, who was added, against all precedent, to share the role of secretary for the meeting with the duly elected Brazilian Bishop Raymundo Damasceno Assis, was reported to have called the working document “done for” on the first day. But why did the other bishops accede to this fateful step of setting aside years of work in order to start over from scratch?

Likewise, the Vatican-appointed leaders also controlled the makeup of the crucial drafting committee. Still, the committee was chaired by the liberal head of the Brazilian bishops’ conference, Archbishop Luciano Mendes de Almeida, who clearly enjoyed the delegates’ confidence. And it was the effort to be “participatory” that fragmented the bishops’ discussions into so many different working groups, effectively surrendering power to the drafting committee.

So whatever the Vatican was out to do in CELAM, it was certainly aided by the bishops’ preference for consensual style over basic parliamentary procedures. Many of the bishops, in addition, have been appointed during this papacy, which has not been known for choosing men willing to risk confrontation with the Vatican.

Of course, if the object was simply to go home without upsetting any apple carts, then CELAM was a success. The bishops reaffirmed their commitment to Medellín, Puebla, and the option for the poor. The latter, many said, is now “irrevocable” as part of church teaching.

Liberation theology, by contrast, was neither affirmed nor rejected in the statement, nor did it even have much of a presence outside the meeting. Most of its leading figures stayed away from Santo Domingo. This invisibility was in part a sign of success: to some extent, liberation theology has become thoroughly absorbed into the Latin American church. On the other hand, liberation theology seems to be in a somewhat withdrawn, introspective mood, chastened by the collapse of socialist claims in Nicaragua and the outright enthusiasm for free-market mechanisms displayed in Eastern Europe by both ordinary people and intellectuals.

What about the major new developments that have overtaken Latin America since the Puebla meeting: the emergence of new but fragile democracies; the recognition that women, Indian and Afro-American populations, and aboriginal tribes are distinct subgroups of the poor demanding special attention and changes in church attitudes; the explosive growth of evangelical and Pentecostal Protestantism; the ecological issue, the external debt, and the growing rejection of statist economics for market mechanisms? Here the bishops’ statements were sensitive, sound, predictable, and unexciting. Certainly they fell short of the desire to avoid a laundry list of concerns and to give the Latin American church a focused vision to guide and inspire its efforts for another decade.

“You’d find the general opinion that it is a good document,” Archbishop McGrath said. “But if we’d bad a few more days, it would have been much better.”

Monsignor Lynch was of the same view: the bishops “had a product they can accept and work with.” At the same time, he added, “if we’d had another day or so, this would have been much more interesting.”

Peter Steinfels is senior religion correspondent of the New York Times. He was assisted in reporting this article by Gene Palumbo, a freelance journalist based in El Salvador.

Readers Will Always Be Grateful