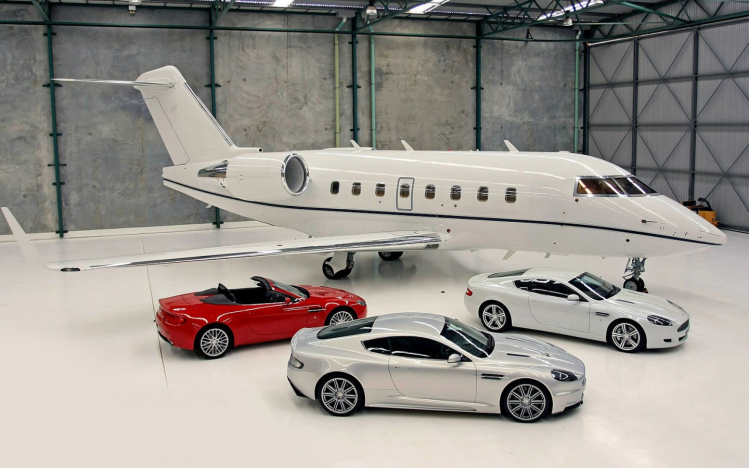 Happily, Francis’s stern message of the prior week is getting around. As a Reuters story says:

As part of his drive to make the Catholic Church more austere and focus on the poor, Francis told young and trainee priests and nuns from around the world that having the latest smartphone or fashion accessory was not the route to happiness.

"It hurts me when I see a priest or a nun with the latest model car, you can't do this," he said.

"A car is necessary to do a lot of work, but please, choose a more humble one. If you like the fancy one, just think about how many children are dying of hunger in the world," he said.

This teaching is for all Catholics, not just priests and nuns. It is of course more embarrassing for the Church when its clerics and religious spend exorbitant amounts of money on luxury goods. But it really should be obvious from our church parking lots whether we are in fact a church of the poor…or not.

The Church’s teaching about property, about modest use of goods, and of the necessity of putting surplus at the disposal of others is not new. It’s old. It’s all over Scripture and the patristic writers. It’s in Aquinas, who distinguishes between natural and artificial wealth. It’s in all the modern social encyclicals—take Pope Paul VI's straightforward claim that "the superfluous wealth of rich countries should be placed at the service of poor nations" (Populorum Progressio, no. 49) or Pope John Paul II's scathing criticism of "superdevelopment." It’s in the Catechism—paragraphs 2405 and 2407 are pretty clear. It’s entirely practical—that is, a person could go out and start living it out tomorrow. It is amazing to me that the American church sometimes pretends that this teaching simply doesn’t exist. Of course, the Church doesn't teach that everyone is supposed to be St. Francis of Assisi or Dorothy Day. But it does teach that simplicity should govern the lives of all Christians, and it does warn us—all of us—against conspicuous and never-ending consumption.

It is sometimes objected that this represents a misunderstanding of economics. Some say: Pope Francis could employ more people if he had three luxurious cars. But this objection would only be relevant if the alternative to luxury spending were hoarding (which the Bible is also against). Francis doesn’t say: Hoard it, don’t spend it. The alternative to hoarding is not private consumption. It is community joy and a merciful love of the poor. It is an economy of communion, reciprocity, and charity. It is shared treasure and treasure in heaven.

Spending on luxury goods is in fact a losing proposition economically and socially. As Fred Hirsch argued several decades ago, many of these goods are “positional” and simply represent competitive expenditures on the part of the affluent to have a “nicer” house or car than their affluent neighbors. There is a difference between goods that can be produced more effectively, and thus distributed more widely, and goods/services which of their nature are scarce or relative. Not everyone can have a house cleaner or a personal driver, nor can everyone buy a house in the “best” school district or have the “most stylish” outfit. As a developed society becomes closer to meeting necessity for all, it counterproductively starts devoting more and more resources to these relative goods, bidding up their price without actually achieving any greater position.

Besides, all the research says clearly that aspirations to these goods don’t make us happy, because we adapt very quickly to a new normal… and then need even more elaborate goods in order to get the same pleasure (what social scientists call "hedonic adaptation"). Studies show that, while people have stable aspirations for things like marriage or having children, aspirations for material wealth and rewards constantly move farther up the escalator. Richard Easterlin writes, summarizing these studies: “the happiness of an individual can be increased by allocating his or her time to those domains…in which hedonic adaptation and social comparison are less important” (Economics and Happiness, OUP, 2008, 54). The literature here is remarkably consistent: Friendships, family, and personal health are especially important, but involvement in civic and charitable activity is also crucial. People simply tend to be more satisfied with the persistent, intrinsic rewards of these activities than with the cycle of earning, shopping, acquiring, and moving on to the next consumer aspiration. But as importantly, more time, energy, and money devoted to these activities can be as socially and economically fruitful as luxury spending. Spend more on what matters, and spend more on those in need.

However, beyond the economics argument, what should catch our attention is…how much this catches attention. An encyclical? A fortnight for freedom? No, but look at what the Pope is driving. Look how he could drive something fancy…and instead chooses not to. Who does that? Because our neighbors often don’t do that, celebrity culture doesn’t indicate that you should do that…indeed, we often don’t do it ourselves. The answer is obvious: followers of Christ do that. The choice not to have everything they could makes it clear who they are following. Perhaps especially in America, where we have never had any kind of formal aristocracy, social critics have always noted how important riches and possessions were for communicating our social identity and status. Things like cars and houses are absolutely crucial identity statements. We think driving a certain kind of car or getting a certain kind of house means that “we’ve made it”—and shows others that we have made it. We describe these things as “rewards for our hard work.” We feel obligated to ooh and aah over someone’s extravagant purchases…as they show them off to us.

We know what Jesus says to the rich man...well, you’ve had your rewards. But these are not the real rewards of good work. Good work should be a joy in itself, and a service to the world. Luxuries are not a sign that we’ve succeeded. As Pope Francis notes, it “hurts” him to see Catholic leaders driving luxurious vehicles, because it is not a sign of success, but of failure. We are called to consider what our possessions say about us; in our culture especially they are a powerful form of speech. Thus, rejecting luxury sends a powerful signal.

What are we saying about our faith in our consumption choices? Maybe we could even have a big, churchwide event? How about the August for Austerity? Or if that’s too soon, maybe Advent…