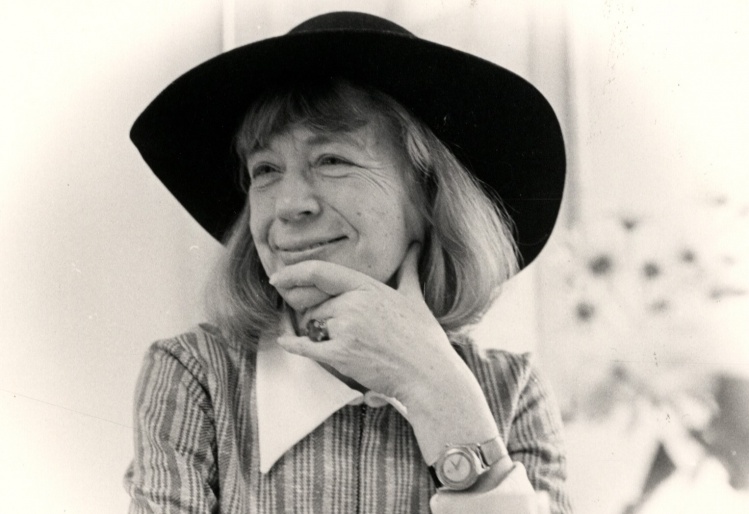 The Danish writer Tove Ditlevsen spent her childhood in a state of perpetually dashed hope. Yearning for her mother’s love, she received only her laughter. She befriended a local girl, who really only paid attention to her when Ditlevsen was almost killed by a train. “Childhood is long and narrow like a coffin,” Ditlevsen writes in Childhood, the first volume in The Copenhagen Trilogy, “and you can’t get out of it on your own.”

In these memoirs, Ditlevsen retreats behind a mask of silence, pretending to be ignorant rather than innocent. She secretly writes poems that separate her, “unwillingly, from those I should be closest to,” another sort of mask altogether. The mood is sepulchral. The courtyard wall opposite her window is “always crying as if it’s just rained.” She can’t get away fast enough. And yet, once Ditlevsen exits childhood, she looks back to find a period of golden innocence, “that library of the soul from which I will draw knowledge and experience for the rest of my life.” Life cannot be understood, or even appreciated, as it is lived, but only in retrospect.

Born into a working-class family in Copenhagen’s Vesterbro neighborhood in 1917, Ditlevsen published her first poems while still in her late teens. She would go on to write more than forty books, including novels, short stories, memoirs, essays, and poetry collections, and win a number of awards, including the prestigious Søren Gyldendal Prize. She wrote the three memoirs between 1967 and 1971—Childhood and Youth, both translated in the 1980s by Tiina Nunnally; and Dependency, recently translated by Michael Favala Goldman for this new edition of The Copenhagen Trilogy. Five years later, she killed herself with an overdose of sleeping pills.

The trilogy covers the years between Ditlevsen’s birth and her marriage to her fourth husband in 1951. In between these events, it covers a lot of ground, private and public: urban poverty between the wars, the menial jobs afforded to a young woman, the formation of an artist, and the trials of marriage. Ditlevsen works in a boarding house, a printmaking shop, and various government ministries. She writes and publishes several books of fiction and poetry, and even dines with Evelyn Waugh.

But the big events are not Ditlevsen’s main focus. Her writing flattens dramatic moments—the fights between her parents, her first sexual experiences, several births and several abortions—latching instead onto seemingly stray, insignificant details: how her grandmother “smooths down her dress as if defending herself from an unpleasant impression;” the publisher whose complexion is “pink and white and transparent like a child’s.” She has a wonderful memory for expression, like the man whose “solid, durable face” seems “made to last his whole life.” Other people flit ambiently through the book, little bundles of more or less striking traits but fundamentally alien to Ditlevsen.

She fakes ailments and allows herself to be kept away from her friends, if only Carl will inject her.
sharetweet

“I always experience things after they’ve happened,” she writes in Dependency. “I’m rarely in the present.” The Great Depression, the Occupation, and the defeat of Germany: the headlines of history are brought to light only as they impinge on the author’s ordinary life—when, for example, she moves in with a Nazi landlady, or when her first husband fears being targeted for his political views, or when her second husband considers joining the Resistance. Ditlevsen often registers her own emotions only after someone else points them out to her. It takes a friend suggesting that she divorce her husband for Ditlevsen to admit that the idea had occurred to her, too. She defamiliarizes her own experiences through distant, clipped language, as if her writing were a kind of mask. “A gray, slimy veil covers whatever my eyes see,” she writes—including herself.

The mask only begins to slip in Dependency, the last volume of the trilogy.  There we meet her third husband, a medical student named Carl. They meet after the liberation, at a dance, while Ditlevsen is still married to someone else. When she becomes pregnant with Carl’s child, he aborts the baby himself, and during the procedure injects her with Demerol. Soon they get married, and Ditlevsen becomes addicted to the drug Carl gave her. The author has many relationships throughout the book—with her family, her lovers, her writing—but only one love affair: with narcotics. She fakes ailments and allows herself to be kept away from her friends, if only Carl will inject her. “I lay motionless and limp in my bed,” she writes after one shot, “and felt like I was being rocked to sleep in warm green water.” All disappointment slides away, all shame evaporates, and, in page after page of luminous, horrifying prose, Ditlevsen ascends into bouts of chemically induced ecstasy. Suddenly the memoir takes on an almost eschatological sense of expectation, where the Day of Judgment comes three or four times a day, and descends inevitably into a pit of desperation. Her writing projects dry up; a feigned infection results in a real operation and permanent deafness in one ear. “This is how I always want to live,” she writes soon after the operation. “I never want to return to reality again.”

Throughout The Copenhagen Trilogy, Ditlevsen lives mainly in disappointment: the editor who dies before her poems improve, the old writer who moves without leaving a note, marriage to a man who seems incapable of sharing his home with her. Though the reader learns along the way about Ditlevsen’s literary achievements, there’s a curious lack of interest in the actual details of her own work as a writer; perhaps she assumed that anyone willing to read her memoir would already be familiar with her other books. The joy of achievement is frequently absent. Her actions seem fundamentally passive, her way through the world given over to others who help her by chance and discard her capriciously. She ceases to expect anything in particular because this might inspire hope, and hope exists only to be dashed.

Particularly in Dependency, Ditlevsen hones in on moments of humiliation and pain. She is interested in how time telescopes so that “an hour could be a year, and a year could be an hour,” often depending on her degree of sobriety. The pages of the book dedicated to her convalescence and rehabilitation strike deep in the gut. Withdrawal is “hell on earth,” full of sweat, spit, screaming. The final hour between her regulated insulin shots in a clinic “is longer than all the years I have lived on this earth,” lived eight times every day. Her body is invaded by thousands of imaginary insects; she can’t open her mouth to scream. In the end, Ditlevsen seems to live in a realm beyond even disappointment and despair. Even after she leaves the clinic and agrees never to see Carl again, she discovers that the same desire for narcotic bliss remains every time she passes a pharmacy window.

In the last volume’s final pages, she meets yet another man, one committed to struggling against her addiction. But scarcely has she gained sobriety than she relapses into addiction. “I promised I would change and then I broke my promises.” Hope is dashed, despair perpetuated. The book concludes on a rare note of acceptance: “[My addiction] will never disappear completely for as long as I live.” The girl who yearned for her mother has finally found love, but the yearning remains. There will always be some new disappointment. A life might make sense once it’s over, but by then, of course, it will be too late.