Atticus Lish and Next Lives

Preparation for the Next Life, Atticus Lish’s extraordinary novel seems material for the perfect melodrama: a vet returned from the horrors of war, Byronic wounds setting him apart; the plucky immigrant woman, a survivor, canny and intent on saving the wounded hero. The backdrop: New York City where anything is possible. Given the pretext of the work, a reader can’t help but wonder if the love affair can not generate the compassion to redeem the soldier and make real the dream of the woman? Lish’s world is not that of melodrama: he subverts the expectation through unsparing realism. In the process, his vision leaves desiccated flabby assumptions about PTSD and the underworld of illegal aliens. Love simply is not enough to buoy the pair above the wash of the City’s violence and exploitation.

The novel has had high praise in many reviews, principally for Lish’s ability to create dialogue, or perhaps more accurately, the speech, demotic, of the outer boroughs of the City. The progress of the plot is almost cinematic – by way of montage, scene juxtaposed on scene. The abrupt changes of place and character create a sense of energy, almost manic energy, particularly in so far as Skinner (the Iraqi vet) and Zou Lei (the part-Uighur, part Chinese illegal) share an obsession with physical training. They literally pursue each other in sweat drenched, convulsive runs – or rival each other in squats and lifts.

In remarkable explorations Lish takes us into the shadow economy of undocumented immigrants – the punishing work in over-hot kitchens, or clattering rag-trade sweat shops. Skinner’s altercation with the son of his landlady puts him in the holding cells of a local precinct, and Lish manages to channel in rapid fire speech all the riot, aggression, taunting and fear of the men jailed. He has the same ability to convince that he knows the many different Chinese dialects and the Pidgin English that serves as common speech as well as the clannish tensions that push Zou Lei down the pecking order of kitchen hierarchies.

The narrative never allows us to move close to the principal pair: so much of what they experience is veiled. The writer offers little by way of explanatory exposition. In its form the novel poses a problem: how does one comprehend the effects of three tours of combat in Iraq (presented in fragmentary flash backs) or the determination that takes a woman for western China to Queens?  What sort of kinship does Skinner find in his drunken wanderings through city nights? What does Zou Lei think when she enters the store-front Mosque to hear the Imam’s encouragement to find relief through faith and a good life? We are left with both a sense of the inevitable and contingent: Zou Lei survives, and will survive. It is as if she assimilates the Muslim teaching that asserts on a sign above the mosque: Preparation for the Next Life. Zou Lei will pass on to further remaking of herself in another place and time – but Skinner?

As a disruptive counterforce, Jimmy, Skinner’s landlady’s son, interjects the wrecking evil that will take Skinner to his violent end. His story again is glimpsed in swiftly presented scenes. As with Hardy’s “Convergence of the Twain,” he is the cold, material force forming to rip open the fragile hull of Skinner’s course. They meet in conflict, of course, over the safety of Zou Lei.

We seem just as much caught up in the character of the City as that of the actors: New York is a presiding presence in this novel that works so well in delivering its details. It is the mirror of emotion and the infernal machine of grinding fate. Lish has the accuracy of Joyce in writing of Dublin as he sites the wonderings of the two characters street by intersection, storefront by MacDonald’s. Zoe Lei’s penultimate odyssey, escaping from Jimmy’s attack, has her heading east, out of the City into alien Long Island, ending barefoot, beleaguered on the verge of a highway, before rounding about and heading back, inevitably, to her now shattered “home.”

As compelling as “Preparation for the Next Life” is, I found I had to put the book down, deliberately breaking the tension it created. The drama of Skinner and Zou Lei doesn’t leave you easily. The work is a testimony to the writer’s discipline and honesty, and to the pathos of his characters’ lives. Read the book. 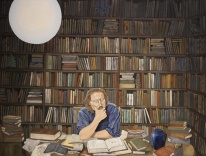 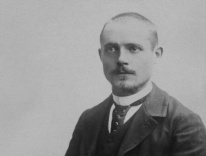