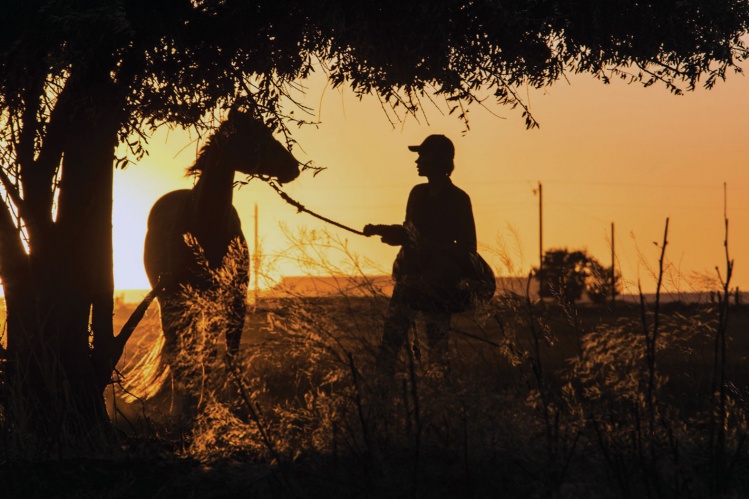 Still from ‘Lean on Pete’

A scene early in Jason Reitman’s Tully depicts one of those all-too-familiar situations when an overburdened mom completely and understandably loses her cool. Stuck in traffic with her three little kids, late for school, the baby squalling, no sleep in many nights, and her five-year-old wantonly kicking her seat from behind, Marlo (Charlize Theron) lets out a shriek of despair. Waiting to see what happens next, we’re suddenly unsure what direction the movie itself might take. Will Marlo grimly gut it out in a gritty-realism kind of way? Is she about to commit some horrible act of spasmodic violence, Tully becoming a dark study of post-partum depression? Or might unexpected music start, the film morphing into a musical as Beleaguered Mom breaks into song?

Such teetering uncertainty is Reitman’s signature. His nervy 2005 debut, Thank You for Smoking, put forward as protagonist a shameless flack for Big Tobacco, then confounded us by making him likable. Juno (2007), his Oscar-winning second film, had a more straightforward take on character, but it too had a mixed, even mixed-up, tone and feel. Up in the Air (2009) followed a corporate “transition specialist” as he jetted merrily around the country delivering bad news to downsized employees by way of an upbeat motivational talk, emphasizing how “exhilarating” it can be to “imagine waking up tomorrow with nothing.” Was he a monster of cynicism, or did he believe his own claptrap? In Reitman’s hands, such questions can seem less a matter of subtle nuance than a clash of polar interpretations; his movies are high-concept conceits that succeed despite, or perhaps through, their being not entirely fleshed out. Mixing the real with the cartoonish, he produces something that isn’t quite satire and isn’t quite tragedy either. Is this a virtue or a flaw?

Tully raises the same question. At first it looks to be an enjoyably snarky takedown of affluent young New Yorkers like Marlo’s obnoxious brother and his wife, who enjoy catered dinners in their lavish home as the kids practice Pilates. They’re the kind of people whose nannies, housekeepers, and tutors do the work that lets them keep parenthood unsullied. No such relief is granted to middle-class Marlo—that is, not until she accepts her brother’s offer to pay for a night nurse to mind her baby and give her some rest. In breezes Tully (Mackenzie Davis), a fey and cheerful twenty-something who quickly rescues not only Marlo, but the entire family.

Part Mary Poppins, part I Dream of Jeannie, the new nanny is an all-purpose domestic-resource person, not only minding the baby but baking cupcakes, cleaning, calming the kids, and even capping it all with an apt quotation from Samuel Pepys. She is a thoroughly postmodern Mary Poppins, which means tank-top shirts revealing bare midriff, and eventually an eager hop into the marital bed with Marlo’s laggard and anemic husband to help “recharge his batteries”—as Marlo sits alongside, urging her on.

Might a reasonable person begin to feel that Tully is too good to be true? I won’t give away the somewhat unexpected twist events take, but only say that it is the kind of conceit that seems imposed by the screenwriter (Diablo Cody, who also wrote Juno), and at some cost to the living, breathing reality of the material. The treatment is deft, in a comic way, but reductive. The tropes of suburban loneliness and marital ennui served up in Tully are so familiar by now as to be rote; one rueful montage offers the repeating rounds of diaper change and milk-expressing that make up the life of the depleted mom, and no matter how brisk the tempo, it’s not exactly fresh material.

There’s a callow quality to the script, breezy and flip, a quality that worked well with an adolescent protagonist like the one played by Ellen Page in Juno, or as an ironic commentary on the facile boyishness of George Clooney in Up in the Air. But it sits uneasily with the powerful kind of acting put forth by Theron, who aims at complexity and depth—blasting raw desperation, for instance, into her interactions with the principal at her son’s school. Despite her best efforts to expand the film’s vivid human impact, Tully goes in the other direction, and becomes narrowly lesson-y.

Yet what exactly is the lesson? Motherhood is a trial that should be avoided if at all possible? Get a nanny, your life will be transformed? Just hang in there, and faith in the family will ultimately prevail? Reitman and Cody seem torn between exalting mothers, pitying them, consoling them, and tormenting them. In his prior films, Reitman managed to keep such contradictions contained within a larger unity of quirkiness. But that unity eludes him this time out. When it comes to motherhood, marriage, and family life, Tully really can’t make up its mind. It aims at ambiguity, and hits ambivalence instead.

Andrew Haigh’s 2015 film 45 Years studied one tumultuous week in the life of a long-married couple whose retirement in the English countryside is interrupted by a recrudescence of the husband’s feelings for a long-ago lover. A moody and closely observed tone poem, its somber minimalism made it a slight but profound film, in which tiny changes in facial expression or body language registered large.

Lean on Pete, Haigh’s new film, charts the tribulations of a sixteen-year-old boy named Charley (Charlie Plummer, an eerie double of the young Leo DiCaprio in What’s Eating Gilbert Grape?), whose mother is long fled, and who moves to Portland, Oregon, with his likable but shiftless father. Knowing nobody, Charley occupies himself by running, and one day his jog takes him past a racetrack. He’s drawn to the horses and ends up working as paid helpmate to a broken-down trainer, Del (Steve Buscemi), who owns a broken-down horse called Pete. Pete is destined to be sold off to Mexico, where a bad fate awaits him. But Charley, who loves him, intervenes, absconding with the animal and setting off across the open country.

Lean on Pete might look like a heartwarming boy-and-horse story, but horse-lovers should beware: this is not My Friend Flicka. Its themes of abandonment, isolation, and despair place it somewhere between Cast Away and Into the Wild, and its glum meandering minimalism evokes the films of Kelly Reichardt (Wendy and Lucy). The movie derives from a novel by the Portland-based country rocker, Willy Vlautin, but writer-director Haigh is British, and his film is a Euro vision of the American West as dystopia, with its vastness, its shabbiness and transience, and its conspicuous lack of mercy. As Charley wanders ever further into it, harm is piled upon harm; suffering and loss are the program, and Haigh plows his young protagonist through one brutal setback after another. Characters loom important for a while, then disappear; the only through line in this grim picaresque is the dead bead on oblivion.

Norman Mailer once criticized Saul Bellow for “pouring sympathy like cream” into his novels, and something like that is going on here. We can’t help but be moved to dread at perils and privations of the type Charley endures in Lean on Pete. But is there anything else on offer? 45 Years possessed a similar underlying bleakness, but it was played against complexities of character, the significant impact of time’s passage, and—not least of all—the ever-ramifying emotional intricacies of marriage. The current film does away with all that and gives us the bleakness itself, more or less unmediated. 45 Years was a film in which almost nothing happens, but everything changes. Haigh’s new effort is more or less the opposite. In the end, when rescue finally comes, there is nothing for anyone to do, protagonist or audience, other than weep—from pure relief, on his part, and pure pity on ours.