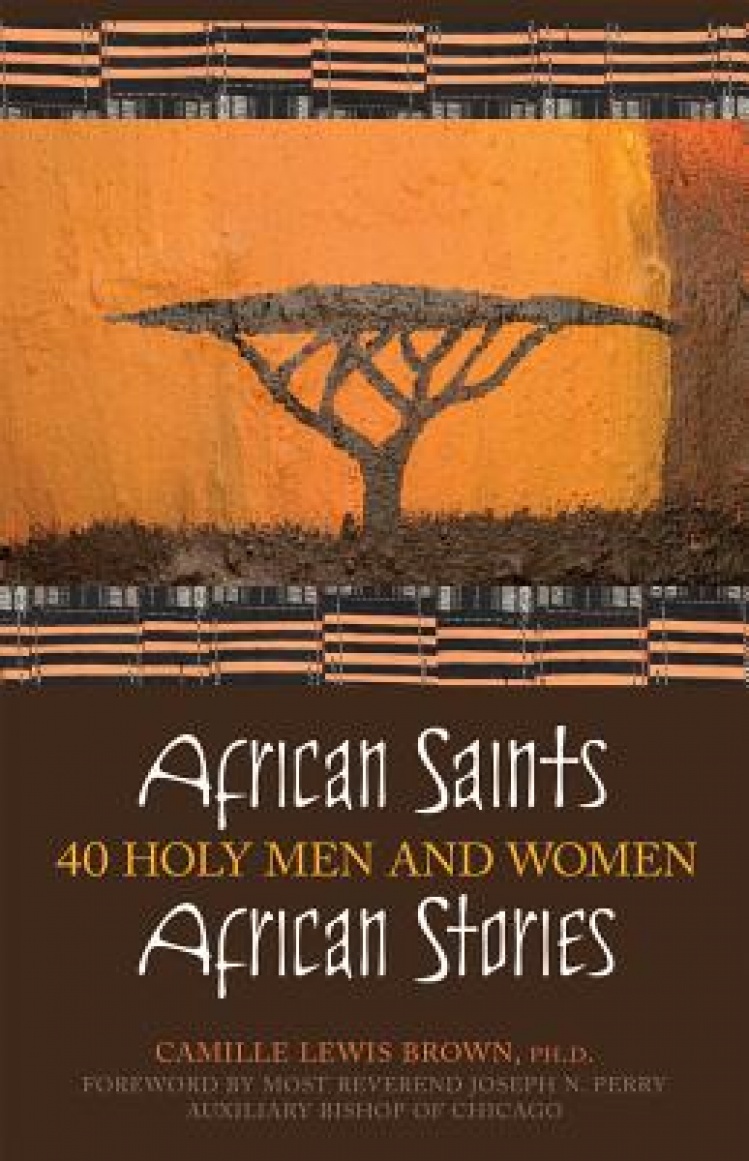 It's a bit late---but not too late!---to start a new book as part of one's Lenten observance.  If that's what you're looking for, Camille Lewis Brown's splendid little book, African Saints, African Stories: 40 Holy Men And Women would make an excellent choice.

The format of the book is simple and straightforward.  First Brown provides a short (1-6 pp.) biography of the saint's life.  Then she adds a brief passage from scripture, a prayer and questions for further reflection.  It's a wonderful format for Lenten prayer, but serves equally well at any time of year.  The book is divided into two sections:  "Saints, Blesseds and Venerables" and "Saints in Waiting".

African Saints, African Stories is a powerful reminder of the depth and breadth of the formative African influence on Christianity.  As Bishop Joseph Perry notes in his excellent foreword, "There is evidence of African contribution throughout Sacred Scripture. beginning with Genesis 2, where the sources of the Nile River are located, to the deacon Philip's baptism of the Ethiopian official in service to the Nubian queen, Candace, in Acts 8."  That influence continues with the witness and ministries of the early African saints:

As influential as African saints were for the Church in the first five centuries after Jesus' birth, the post-Colombian era has seen the powerful witness of African saints spread south of the Sahara and across the Atlantic:

Near the end of Dr. Brown's introduction to African Saints, African Stories, she reminds us why these (and all) saints remain important for us today:

As Christians committed to the universal church, the heroes of this text show us how to remain faithful despite struggles, disappointments and setbacks.  They continue to show us how to embrace the gospel in our ordinary day-to-day-lives.  This is a remarkable opportunity for all of us to see examples of Christianity in action.  Here, at the heart of the book, is a chance for each of us to be spiritually charged and enriched by our heroes.

The Lord Is Blessing Me Right Now